What Zac Nuccio is listening to this week… I confess, I’ve yet to give Shaking the Habitual a true, thorough listen, but I’m pretty confident I’ve heard the full thing at some point, and admittedly just wasn’t in the mood for such a challenging album. Their previous LPs are some two of the crowning achievements of the aughts in my world, but I digress. Anyway–Planningtorock has gone and reworked lead single “Full of Fire” (re-titled to brief passage from the original) beyond recognition; and while said single was one of the more instant offerings fromHabitual, I cannot stop obsessing over this new edit. From the stripped down, disco-fied production (always a plus), to the looped title becoming the tracks sole lyrical content–effectively delivering The Knife’s magna carta in a mere 10 words. There’s also a decent remix of “Raging Lung” from Hannah Holland, but it’s all about Planningtorock’s work here. I even feel motivated to revisit Shaking the Habitual once more before 2013 is up. The first 88 seconds “ARTPOP” (the song)

My opinion on Gaga continues to fluctuate with her every move/new offering from her third album (we all know what it’s called, right?). Despite thinking “Applause” was, in a word, lacking, I will gladly admit that all signs (audio wise at least) seem to be progressing in a direction I am absolutely here for. Second single “Do What U Want” (with an R. Kelly feature that pretty much defines tongue-in-cheek) is, for me, pretty easily her best offering since 2009s The Fame Monster (bar “Government Hooker,” I suppose). I did watch the Swine Fest (ugh) performance of the title track and figured it would be a favorite of mine, but to be extreme: This is among the best minute and half of music I’ve heard all year. I’d be lying if I said I was not groveling to everything this track is shaping up to be. Like the twisted offspring of “Groove is in the Heart” and Don Henley’s “Dirty Laundry,” the full version cannot get into my life soon enough. Here we have Syrian Omar Souleyman whose dynamic live performances are already gaining a cult following. Souleyman is a wedding and party singer who has a long and prolific career of live performances & recordings from such occasions (some of them available through Sublime Recordings.) His songs are also mostly about love and celebration and Wenu Wenu is his proper studio debut (although he has collaborated with Bjork and Gorillaz).

Produced by Kieran Hebdan (Four Tet), it is hard to find his traces in this record as the synthesized keyboard work of Rizan Sa’id and Souleyman’s powerful and sharp vocals dominate. It is music to dance to, to let loose and just enjoy. The aspects of this record reminds me of disco music: cool, but unabashed. You might as well create a new genre right here: dab-disco? The traditional dabke instruments like saz, oud, tablah, mijwiz, daff etc. or the hand-clapping are all here in electronic forms. A shimmering, one of a kind record that you will encounter this year. There are relentless instrumental breaks throughout (e.g. ‘Warni Warni’’), bursts of sounds, where the instruments zig-zag, see-sawing and create rich music patterns. It is about exploring the possibilities of mixing diverse worlds of dabke, electronica and Souleyman’s organic voice. The title rack is a tour-de-force with changing moods and throbbing soundscapes. Things only slow down for “Mawal Jamar” and “Khataba” but never get mournful.

I hope that Wenu Wenu provides an opportunity for dabke to grow out of the niche of world music, or just wither away as another fad of the hipster set. Hoping to see it transitioning from just novelty, mainly associated with hookah-bars and belly-dancing, to urban dance-floors. The significant achievement of Wenu Wenu is how much it remains true to its identity and still remains accessible for large chunk of audiences.Given the current circumstances of Syria it would be disingenuous not to address it; and reportedly Souleyman’s to tour with this record is to bring an awareness and positive impression of his war-torn country. The fact that he wants to release the record in Turkish, Kurdish and Arabic versions speaks for his intentions about unity and peace. 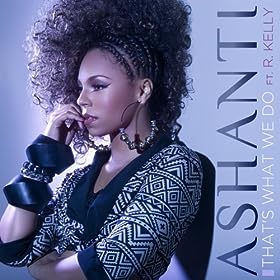 Ashanti featuring R. Kelly, “That’s What We Do”

Taken from her long-delayed BraveHeart album, here’s a track that pairs up this talented singer with one of R&B’s biggest male artists. What we get is an excellent track that glides just enough with such sass (Ashanti) and smoothness (R. Kelly) that I really am amazed as the song progresses. The interplay between the two singers and the blending of their vocals during the chorus is a great feat, and I do wish Ashanti would consider giving this a full push (it received a quiet digital release last year) as a single. Plus, as many times as I’ve heard this, I always find different parts of the song to love, especially that bridge. This, along with her very personal “Never Should Have” make me really excited for her upcoming album, which hopefully gets a solid release date soon. 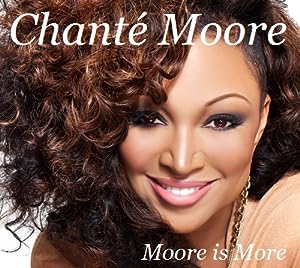 Chanté Moore, “Baby Can I Touch Your Body?”

Despite the risqué title, this ballad by the incredible Chanté Moore is a very beautiful jazz-influenced piece that harkens back to her earlier albums. The melodies and the way her voice effortlessly moves through the song is such wonderment that only Chanté’s excellent singing skills can do. Her latest album, Moore is More just came out this year and while it contains an even mixture of ballads and contemporary uptempos, this album opener is one worthy of becoming a [hit] single for her. Hopefully with the exposure of the hit series “R&B Divas: LA” more people will check this (and the rest of her extraordinary catalog) out. In addition, if you ever get a chance to see her live, please do, as she is definitely one of the greatest performers out there today. Her ‘whistle note’ rendition of her hit R&B single “It’s Alright” is an experience you must have in your life. Also, one last note, to the Grammy committee, please give her a Grammy nomination this time around. It’s about time she got one for her spectacular solo work! 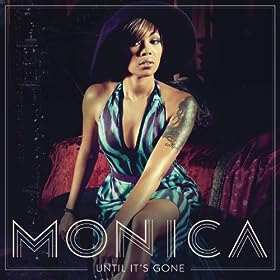 As the second single lifted from her New Life album, it became an instant classic to me from the moment the opening notes of the piano kicked in. I still really adore this song after the two years since its release, and if there was the notion that we could campaign songs for Grammys in the way people campaign films/actors for the Oscars, then I’d be dead-set on heading one for this. Monica’s vocals here are really one of her best, as they are pretty spectacular during the chorus. It is such an anthem single, and it really is such a shame that people overlooked it when it came out. Out of the various songs to get resurrected in popularity lately, here’s one that needs a second shot.

What Haley Anne is listening to this week…

Patrick Stump’s barely-heard, much-maligned solo album Soul Punk had its two-year anniversary last week, so this is another attempt by me to get people to listen to it. Soul Punk is one of my favorite albums of the 2010s, a dance album that actually confronts and subverts a lot of stereotypical dance music themes lyrically while staying true to them melodically. The song that should’ve been a huge single, “Everybody Wants Somebody”, has the narrator explicitly telling someone that the person they love doesn’t love them back, and they best try not to get hurt in the process. (There’s also a wonderful lyric critiquing of pop music personalities buried in the song: “hold me, slap me/dress me up in bubbles baby/save me from the troubles of my own skin now!”) It’s easy to miss that message in the middle of the lush, horn-driven melody, which is imminently danceable and incredibly catchy. Most of the album deals in this duality of realistic (to the point of painful) lyrics and bouncy pop melodies, one of the most obvious offenders being the anti-first time song “Allie”, which is basically about the narrator being too stupid to realize he was being propositioned as a teenager by a more experienced woman. It has one of my favorite lyrics ever: “you said you were protected/I thought you meant you had a gun.” Also worth a look is the 9-minute duologue epic “Run Dry (X Heart X Fingers)”/Cryptozoology”, which is an explosion of musical experimentation.

They’ve been showing the Shrek franchise a lot at my workplace, which gave me time to realize that the first film in particular does not stand the test of time very well. (The second one fares better, because it has a nicely romantic plot. The less said about the other two, the better.) However, one thing that does stand up from the films is their soundtracks, which are filled with little gems. The first main credits song for the first film, Self’s “Stay Home, perfectly encapsulates the early themes of the movie while being a fairly easygoing light-rock tune; another credits song, performed to the main love theme of the movie, “It Is You I Have Loved”, covers the later themes even better. The second film is where the soundtrack really shines though, with the excellent “Ever Fallen in Love” from Pete Yorn, poppy “Accidentally in Love” by Counting Crowes, and the dreary but perfect“People Ain’t No Good” by Nick Cave and the Bad Seeds. No listing of this would be complete, either, without one of the best covers ever done, Jennifer Saunders’ version of Bonnie Tyler’s “Holding Out For A Hero”, which gives the song a towering grandeur.

Tags: artpop, ashanti, baby can i touch your body, chanté moore, do what u want, lady gaga, monica, omar souleyman, patrick stump, planningtorock, r.kelly, soul punk, that's what we do, until it's gone, wenu wenu

From ‘Thelma & Louise’ to ‘The Proposition’: 10 of the best scores from rock stars turned composers

Tickets on sale for ‘Break the Silence: The Movie,’ follows most recent BTS World Tour

‘Visible: Out on Television’—Apple TV+ original series soundtrack out today