Now in its fourth season, The Crown is still a force to be reckoned with. In its fourth Emmy season, the series remains a major contender. Over the past five years, The Crown has snagged two wins (Outstanding Production Design for the 2019 episode “Aberthan”, and Outstanding Costume Design for the 2019 episode “Cri de Coeur.”) and 11 nominations. In its latest, and most anticipated iteration, The Crown introduced a host of new, but familiar characters. With the introduction of the Iron Lady herself, Margaret Thatcher (Gillian Anderson) and the beloved, timeless style icon Diana Spencer, (Emma Corinne) the stakes were higher than seasons past. How do you stay true to history, as well as create something entirely your own?

New to the series, hair and makeup artist Cate Hall had a massive task on her shoulders recreating the looks of some of the world’s most photographed figures. Luckily, her work has paid off. Her artistry on The Crown was recently nominated for a BAFTA in Makeup and Hair Design. Some of Hall’s previous projects include Churchill, Crooked House, The Man Who Knew Infinity, among others.

AwardsWatch was able to speak with Cate Hall about her experience joining the team of The Crown, and what it was like recreating the looks of the Royals.

Adriana Gomez-Weston: How did you get involved with The Crown?

Cate Hall: I was really lucky because a friend of mine, basically someone I had worked with years ago with line producing, needed a makeup person to run some of the auditions that they were holding for the new characters. In my head, I wasn’t really up for the job, so it was actually much less nerve-wracking. I was just coming in to help out and run the auditions. And then they said, would you consider the job? So, I said yes.

AGW: It is a wonderful project to be a part of. So how does it feel being part of such a major project focuses the Royal family and the history of Great Britain, so how does that feel like for you?

CH: It’s amazing,I joined as a fan, so I had always had a love of the show, but I was incredibly nervous about the idea of working on it, but it’s a very friendly and nice production. So yeah, it was sort of inspiring to even think to be a part of it, and then it felt like home pretty quickly, everyone was very friendly. It was just a wonderful opportunity.

AGW: For this season I see you did both hair and makeup, which I know in many productions, they seem to separate the two, how did you prepare for this project? We have a lot of historical figures like Queen Elizabeth, Margaret Thatcher and Diana Spencer.

CH: In this country, we don’t tend to split the departments in the same way you do in America, it’s actually quite normal to do both, but I get to do both to this degree, it’s quite unusual. It was just a very research-based job which kept me occupied because I like nothing more than spending hours and hours uploading pictures. So, we compiled this slightly fanatical research bible of every character that we were doing. And yeah, it was just a very slow and steady experience especially with the research, but we just had to trod along with it until we have a massive wealth of information. And of course, we have the research department as well, which is really fantastic.

AGW: Since you’ve worked on season four, set from 1979 around 1990, was there a time-specific makeup and hair you had to work with?

CH: Oh yeah for sure, it’s definitely a period piece, and also what’s lovely about that story period is that we have to evolve that era through the series. So, we have 10 episodes, and we start in one era and end in another, it’s quite nice having to be quite strategic about those decisions so that we tell that story without anyone realizing what we’re doing or noticing those beats where we change. It’s especially difficult to work out how to do that in a scheduled way, with shooting multiple episodes at once, different countries on different units.

AGW: What was it like for you doing hair and makeup for such well-known, widely photographed historical figures? Were you able to take any liberties with their looks?

CH: I think we do make some creative decisions in that if we copied every detail biographically, in my experience, so what you ended up doing was creating a sort of parody. So, it was really about finding the little details that work. Whether it’s placing a little bit of bleach in somebody’s eyebrows or just a certain shift in the hairline or something like that. It’s often just a really tiny detail that makes a difference rather than copying all those details precisely.

AGW: Right, and are there any interesting facts you learned about the Royals and their beauty routine, or any of their habits?

CH: The interesting thing with someone like Diana and noticing how for her, her hair and makeup was light. It was something she knew, not just with the crutch, but it was one of the ways she dealt with her emotional issues, it was like her armor, so the more upset she felt, the more blue eyeliner she would wear.

AGW: Oh wow, that’s great! Are there any brands that are your go-tos?

CH: Oh yes, for sure, there’re a few that are kind of pivotal for us. We use a lot of foundation By Terry to do a nice skin without looking too heavily made up. We use like a French brand called Il Makiage that does a wax-based makeup, which I think period skin looks particularly good, and sort of warms up with the skin. It’s almost like a painting palette, you can do anything with the whole palette, I love that.

AGW: What were some of your favorite looks to work on?

CH: For me, I think Thatcher and Diana were like the highlights of the series because they were so well known. And I think with Diana, everyone could buy it with Emma (Corrin) because she was this young gorgeous girl, but it felt like a bit more of a stretch to the public to believe that Gillian Anderson could be Margaret Thatcher. So, the challenges I think were the greater and that was really cool trying to pull off. I think the wig, it took a long time to get that wig right. To find a way of basically destroying the half follicle to sell the look, so that was really cool, and finding ways to do that without doing too much in the way of trickery, like cheap, pathetic and stuff like that.

AGW:  Okay, and then are there any other behind the scenes facts or anything you else you’d like to share that you did that people may not really pick up on, on screen?

CH: I mean it’s just that evolution, I think was Diana from the beginning in 1980 through to 1990. She eventually goes from a teenager into media war, adulthood, that journey and that kind of progression of techniques, so she looked evermore manufactured. And she wore a full piece under her wig, so that when she bends over you could see skin under the crown of the wig. We did a lot of things like that, but it was tiny little tricks just to portray everything as realistically as possible.

The fourth season of The Crown is currently available to stream on Netflix. Cate Hall is Emmy eligible for Outstanding Period And/Or Character Hairstyling. 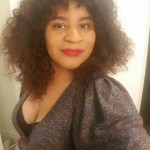 Erik Anderson May 25, 2022
Interview: With ‘I Love That For You’ and ‘Fire Island,’ Matt Rogers is stepping into the spotlight [VIDEO]

Veronica Phillips May 26, 2022
Interview: O-T Fagbenle on playing the bad guy in ‘WeCrashed’ and the President in ‘The First Lady’ [VIDEO]

Abe Friedtanzer May 26, 2022
Cannes Review: Mark Jenkin’s Cornish thriller ‘Enys Men’ is an unnerving, off-beat experimental horror unlike any other [Grade: B+]

Cannes Review: Mark Jenkin’s Cornish thriller ‘Enys Men’ is an unnerving, off-beat experimental horror unlike any other [Grade: B+]