Woody Norman has emerged as one of this season’s brightest young stars. Every now and then, Oscar season introduces a crop of talented young actors who embody a certain vulnerability on screen. This year, it’s Norman’s performance as Jesse opposite Joaquin Phoenix’s Johnny in writer-director Mike Mills’ coming of age film C’mon C’mon.

The pair strike up an authentic bond as uncle and nephew grounded in the duo’s natural chemistry and Mike Mills’ knack for subtle yet powerful storytelling. The film, which explores masculine vulnerability, sees them travel around New Orleans, New York, and Los Angeles as Johnny, a journalist, interviews kids about their fears and musings about life. Jesse is there for the ride as he experiences his fears about inheriting his father’s struggles with mental health.

Despite only being 11-years old, Norman, who hails from England, gives a performance that exudes emotional intelligence and has received attention from critics, including being recently nominated for a Critics’ Choice Award as Best Young Actor/Actress.

Niki Cruz: You’re such a good actor. I would love to hear what drew you to acting at such a young age.

Woody Norman: I thought it would be fun to try it. When I was five, I asked my mom, and we tried it, went auditioning for an agency, and I’ve been doing it ever since.

NC: You’ve done TV and film. Do you have a favorite, or is it all the same for you?

WN: I prefer films to TV because I like it more. I like knowing that I can sit in a room and watch what I’ve made. When it’s television, I have to watch a bunch of episodes. I’m really into anime but watching an anime episode more than once a week is an accomplishment for me. It gets boring. I’m watching a show called Cowboy Bebop at the moment, and it’s really good, but it gets boring after two episodes.

NC: We’re in such a moment where everyone loves binge-watching, but you like to take it slow and enjoy it.

WN: Yeah, there’s a show called The Promised Neverland, and I was hooked on that show, so I couldn’t stop watching it, but if there’s a show I really like, I prefer to watch it in little bits. It’s like cramming for the test; if you’re cramming, you’re going to forget what happens.

NC: I would love to hear what drew you to this particular movie.

WN: I thought some of Jesse’s lines were funny. When I read the orphan line, I thought it was quite funny. We got asked to fly out for an audition, which was a shock. It was originally supposed to be a camera shoot test, but it really wasn’t and then we were flown out to do an audition with Joaquin [Phoenix] and Mike [Mills], which was so shocking.

NC: That must have been a surreal experience to audition with Joaquin.

WN: Yeah, that was amazing. My mom didn’t let me watch Joker because she didn’t want me to be starstruck, but I saw clips from Joker because it was around the time it was coming out. All the hype for that film was building and building, and you couldn’t go anywhere without seeing it. I’d seen Brother Bear when I was quite young. Both of them were such respected artists, so it was like, “Wow.” The audition was kind of loose, it was more about us talking for two hours.

NC: That loose talking translated on screen. The two of you really felt like you had that uncle-nephew relationship down in an organic way. How did you develop that shorthand with Joaquin?

WN: There was no set bonding or team bonding. We just talked in between takes and laughed. It was a very welcoming set, so it never felt like work. It was never in my mind that I was going there to work; it was always playing with the camera on me. It was different than anything I’ve done before.

NC: Given that loose environment, did you two have time to improvise or were you sticking to the script?

WN: It was a lot of improvising, but it was more changing the script. We would run through the scene a couple of times, but a lot of the time Gaby would change stuff, or Joaquin would change stuff, or I would change stuff, so it was always being tweaked. There were some scenes that were fully improvised like the wrestling scene. That was something we did at the audition. I was telling Mike and Joaquin that I used to wrestle with teddy bears on a trampoline, and they thought that was fun, so we tried it.

NC: I loved the scenes of you walking around with all of the equipment. What were those days like?

WN: A lot of shoulder pain at the end because that stuff was really heavy, it was a heavy piece of equipment. I couldn’t run or jump around because the equipment was expensive, but it was fun to properly hear stuff.

NC: The movie had a lot of travel, and all of these locations had such specific cultures. Did you have a favorite location?

WN: It’s hard because all the cities we shot in all have very different quirks. LA is very laid back, but when you get into it, it’s very high energy. New York is very close to home in the energy because I live in London, and it’s all very busy here, but NY is a bit too busy for me. New Orleans might be one of my favorite locations because of the experience, but if I had to live anywhere in the United States, it would probably be New York. In New Orleans, me and my mum were afraid to look in the mirror because we were so scared there would be a ghost.

NC: Throughout the movie Johnny and Jesse were learning from each other about life. Is there anything you learned from Joaquin while on set?

WN: He didn’t really give me advice, but I would pick up on stuff. Me and Joaquin just had a joke-y time. There was nothing really serious going on. We would joke, and joke. When me, Joaquin, and Gaby were together, Mike would call it the Bermuda Triangle because nothing would get done because we were all so close and would laugh at everything.

NC: On the other side of that, you really don’t shy away from the heavy material in the film. The movie deals with the question of what masculinity is, and your character learns that it’s okay to show emotion, it’s okay to cry, and it’s okay to be vulnerable. How were those scenes?

WN: I agree that it’s okay to cry but it was really quite hard to show real sadness in the film, but I just kept trying and trying, and I finally got used to crying with a camera on me. There wasn’t a massive crew on set, so it was a big breakthrough point. I would get to that point where I would be so anxious to do it, and then I would do it, and I haven’t been anxious to cry or scream ever again.

WN: Yeah, the scene where I get lost in the shop, I was so nervous about shouting, but I did it. I went up to Joaquin, and I apologized to him because I thought I shouted too hard, but he made it so comfortable to do it again, and now I don’t think twice about shouting in movies. It’s fun now. When you scream, they give you honey, so that’s quite fun.

NC: What’s the biggest thing you’ll take away from this whole experience?

C’mon C’mon is currently only in theaters from A24. 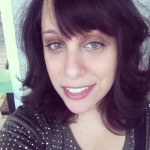