To this day, I still feel a close kinship with the disenfranchised, strung-out, narcoleptic gay hustler of Gus Van Sant’s My Own Private Idaho. The array of situationally afflicted feelings River Phoenix’s good-natured Mike is forced to endure, from alienation to degradation to neglect, are sadly emotions that resonate deeply still, looking back at my experiences as a gay teenager. As the film approaches its 30th birthday at the end of this month, I find it’s the perfect excuse for me to reflect on the film, reexperience the ample of sensations it has provided me with over the years.

I came across the film in a tribute article from a J17 magazine, which I used to steal from my older sister and ferociously read. A badly written celebrity article commemorating one year since Phoenix’s death highlighted some his filmography and obviously the write-up on My Own Private Idaho caught my eye. Accompanied by the iconic image of Phoenix and Reeves on a motorcycle; being young and horny, like flashing light bulbs the words ‘gay’ and ‘hustler’ stood out. Not long after, I managed to get my hands on a pirated VHS copy, sold to me under the counter at my local video store.

At the time, I was understandably more concerned with the superficiality of seeing real-life (or straight actors pretending to be) gays on screen and for them to be having sex with each other, rather than paying attention to any of the film’s arthouse sensibilities. The sex scenes by today standards are incredibly vanilla, even for a 14-year-olds, yet for me they used to be peak arousal.

I was particularly transfixed by the three-way hotel room scene between Phoenix, Reeves and Hans (Udo Kier) who was paying for their services. The sex was preluded by a most bizarre makeshift German techno cabaret performance. Similarly, their menage-a-trois was depicted in a tantalisingly series of soft-porn visual snippets, but in dramaturgical stasis with absolutely no movement. Each excerpt resembling a live-action painting featuring oodles of naked flesh and hairy limbs in all positions; simulating a plethora of sexual acts from kissing armpits to knee sucking to full on spit-roasting.

In Reeves’ Scott I now see an amalgamation of figures that I’ve since met, dated, or had sex with. The experimenting bisexual at university or the ultra-liberal metrosexual who isn’t gay but for whatever reason professes to be, or the most common, and likeliest to Scott, the closeted homosexual who is afraid to come out. Incredibly handsome, confident, and extroverted, Scott’s world is his playground. Giving the illusion he is merely passing time hustling and forming intimate relationships with male suitors just until his grown-up life of abundance begins. Unlike Mike, Scott has choices. As the Republican 80s still linger in the early 90s, Scott’s brand of dominant heteronormative, dark, dashing, soon-to-be very rich alpha male-ish, still reigns supreme. Mike is so enamoured by Scott, that even in their joint search for his mother, he assumes the role of sidekick in his own life journey. As they traverse through the wide-open roads of barren Idaho to the seedy streets of Seattle, Scott unsurprisingly abandons Mike along with his true self in the bucolic suburbs of Rome, trading them all in for a local Italian farm girl.

I revisit the film habitually, each time seeking for something deeper. I identify correlations between Mike and parts of myself: his proclivity to daydream, highly sensitive, quietly yearning and sporting a permanently spaced-out expression. Mike will always exist on the peripheries looking in, yet simultaneously seeking the acceptance and love from those he looks in on. People who continue to reject him, whether it be Scott, his own mother or a society that has relegated him to the streets.

Yet in these mean streets of Portland, Mike found his tribe, a pose of degenerates; a semblance of a queer friendship group I so longed for in my own life. And whether in the throes of a narcoleptic fit or stoned out of his mind, Mike’s distracted state is his home, his safe place. For me and my daydreams, envisaging a potential alternate future provided me with a refuge from my dreary teenage life of bullying and isolation. And like Mike, masochistically I was still hankering for acceptance and validation. A pattern I still recognise, as a people-pleasing adult.

My Own Private Idaho was released on October 19, 1991 by Fine Line Features. It is currently available to rent or buy on Amazon Prime Video. 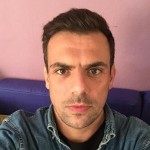 Daniel Theophanous is a London based film critic.