The Saw franchise is one where most people either love it or hate it. You’d genuinely be hard-pressed to find somebody that thought the series was simply okay. Some have grown to love the torture-porn style of filmmaking on display ever since Saw II but some have hated how the series quickly turned its head from its psychological horror-thriller roots ever since the original.

James Wan’s original film from 2004 was never intended to spawn an entire franchise of gore-centered horror and both Wan and series co-creator Leigh Whannell have been very open in the past about how saddened they are to see what their passion project eventually turned into. And while personally, the Saw films are hugely enjoyable to me, it’s completely understandable why lots of viewers don’t find these movies too exciting or memorable.

After all, there’s only so much you can do about a story where a crazed man known as the Jigsaw Killer sets up traps for his victims. Sure, in each film you can come up with insane new torture devices for the movie’s new victims to suffer through, but that’s not necessarily shaking up the story. It’s just the same old recipe but maybe with a few different ingredients.

But when The Spierig Brothers came out with Jigsaw in 2017, a lot of Saw fans had mixed responses. Some were ecstatic to see that the directing duo was seemingly going back to the series roots of being a psychological thriller while also pleasing the fans of the torture-porn aspect of the sequels. Nevertheless, though, it just felt like the same old Saw we know. Although Jigsaw was mildly entertaining, it definitely didn’t give the franchise a new life and the same reactions were being said worldwide. From that point on, it was clear that Saw needed a shake-up.

Fast-forward to 2021, and longtime franchise director Darren Lynn Bousman (Saw II, III, IV) along with Chris Rock have finally come up with a brilliant and rejuvenating new solution in the form of Spiral, which follows Rock as Ezekiel Banks, a police detective who gets partnered up with William Schenk (Max Minghella) to solve a plethora of gruesome murders taking place throughout the city which seem eerily reminiscent of the Jigsaw murders committed by the now-deceased John Kramer many years ago. But whereas Kramer put his victims in traps to show them how precious life is, this new copycat killer seems to be targeting only police officers.

Already with that concept alone, Spiral feels more interesting and more compelling of a Saw film than we’ve gotten in years. Rock was the one who came up with the idea behind the film and he deserves immense praise for breathing new life into a franchise that seemed like it was dead and buried.

As each officer is found dead in increasingly brutal and strange ways, the film raises more questions and mysteries for both Ezekiel and the audience to solve. And thankfully, these mysteries are actually a lot of fun to solve. Don’t get me wrong, the old Saw films were ones that gained my appreciation. Even though John Kramer was twisted and doing despicable things, at the end of the day, you could understand some of his viewpoints. You didn’t agree with him placing people in terribly gruesome torture devices (even if the people weren’t too great of human beings) but you understood his motives. But after a while, the formula got a little bit old.

And while Spiral takes a long time to finally tell us its secrets, when it does, it delivers the goods on all fronts. The last time a Saw film had an ending this chaotic and ambiguous was probably the original back in 2004. As of right now, there are plans for a tenth film in the franchise to be made, titled Saw X, and it’s going to be incredibly interesting to see where they take it because Spiral wonderfully plants seeds that we can only hope gets explored in the follow-up.

One of the most impressive things that Spiral does is that it finally presents us with a group of characters that we can care for. As shamefully fun as it was to watch the victims of John Kramer’s traps get mauled apart in various different ways, most people that watched these films simply didn’t care about the victims. They just felt like they were there to ultimately be killed off in some elaborate trap and that’s almost always what happened.

This time around, whenever somebody is in dire danger, there is a sense of tension present. So whenever we see something such as a pig mask-wearing stranger lurking behind a character, it’s easy for us to make an audible reaction like “Oh no!”, because you genuinely don’t want to see a character potentially bite the dust. When they’re placed in a life or death scenario, you’ll want them to get out. It’s the first time in Saw history where you’ll actually hope you won’t see a gory death occur.

But because this is Saw, of course, there are going to be some brutal deaths sprinkled throughout, or else a lot of audiences would walk away voicing their disappointment, which is fair. So if you want to see this film just because of the horrific deaths alone, then you’re in luck because Spiral holds absolutely nothing back. There are some scenes that are sure to make even the most seasoned Saw or horror fans wince.

It’s amazing how Spiral feels so much like a Saw film and yet completely different from a Saw film all at the same time. It’s clear that the fingerprints of the franchise are all over this project but it also feels like its own unique movie which is such a great thing to see.

Some of the entries in this long-running property have been criticized for the reasons mentioned above (torture-porn, being repetitive, etc.) and sadly some of the bad trademarks from the series carry over here, too. Why does every Saw movie have to feature a slew of weird flashback montages complete with a dull color palette? It’s a question that we’ll probably never get answers to, but yes, Spiral yet again does this.

And it’s hard to deny that the ending, while insanely entertaining and fun to watch, could have been quite a lot more hard-hitting had the film been a little bit longer. For some reason, it seems like there’s a rule that a Saw movie can’t ever go over ninety minutes, but it’s quite frustrating.

There were some instances in which Spiral felt rushed and had the movie been even fifteen or twenty minutes longer, it would have flowed a little better.

But at the end of the day, it’s hard to complain a whole lot about Spiral. It finally injects a much-needed dose of life into a franchise that was seemingly going to get buried extremely soon. Chris Rock, Darren Lynn Bousman, and the rest of the creative team have heard the pleas from critics and audiences around the world and have delivered one hell of a thrill-ride. Spiral is a relentlessly entertaining blood-bath with tons of interesting mysteries to boot. It’s safe to say that Spiral is certainly not going to be “game over” for the Saw series.

Lionsgate will release Spiral in theaters on May 14. 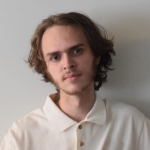 Caillou Pettis is a professional film critic and has been writing about film for several years across various different publications. Ever since the age of nine, film and the art of filmmaking have been his number one passion. When he’s not at the movies, he’s talking about movies.