Twenty years since it first hit theaters, Training Day (2001) is likely best remembered as the film that netted Denzel Washington his first Oscar win for Best Actor. If that were all the film had going for it, it might still merit a retrospective; Washington remains one of our finest performers, and his rare villainous turn as a corrupt LAPD detective remains a towering performance, equal parts charming swagger and genuine ferocity. Fortunately, thanks to a sharp script and confident, thrilling direction, the rest of the film is up to the challenge of matching its lead performance. Two decades on, Training Day still plays like gangbusters.

Officer Jake Hoyt (Ethan Hawke) is an ambitious neophyte, eager to make detective on the elite narcotics squad run by the legendary Alonzo Harris (Denzel Washington). In order for Hoyt to make the team, he must first pass a training period: one day on the street under Alonzo’s tutelage to prove he’s up for the job. The success of their pairing is evident during their first scene together in which Alonzo alternately teases and terrifies his new trainee, consistently keeping him off balance, testing his efficacy during a questionable traffic stop, then cajoling him into smoking the confiscated weed before revealing it was laced with PCP. Later, when Hoyt witnesses an assault taking place on a young woman, he insists on intervening–a decision that will later save his life. He takes a few lumps in the process, but eventually gets the attackers in custody, planning to book them and take them off the street. Instead, Alonzo beats them, destroys their stash, and calls it a day. Alonzo dispenses with a number of lessons on how to navigate the streets (breaking more than a few laws in the process) and the merits of street justice. “It takes a wolf to catch a wolf. It’s ugly but it’s like that.”

At the time of its initial release, the country was still a long way off from reckoning with its police force. While the Rampart scandal had tarnished the reputation of law enforcement, the film was pushed into theaters less than a month after the tragic events of 9/11, a time when first responders (including police officers) were by and large hailed as heroes. In 2001, there was something almost subversive about the film’s casual depiction of police corruption. While it plays far less like a shock several decades later, the film still manages to pose difficult questions about whether it is possible to protect and serve without getting your hands dirty in the process; questions that have taken on an added resonance in the wake of twenty years of the War on Terror.

The screenplay, written by a young David Ayer, rarely settles for easy answers. He has since written nearly a dozen produced scripts, and it would be hard to argue against Training Day remaining his most accomplished work, in part because it feels like a relic of another time. A complex and ambiguous drama aimed at adults is the sort of thing mainstream Hollywood doesn’t really invest in anymore; even a lot of Ayer’s other scripts lack the same precision. Much of his later work feels bombastic to an extreme degree, without some of the restraint utilized here that keeps things from tipping over into parody. Ayer and director Antoine Fuqua convinced Warner Brothers to allow them to shoot on location, then the pair negotiated with local gangs to allow them to shoot in neighborhoods like Rampart, Watts, and in the Imperial Courts housing project. It pays off huge dividends in the film, as Fuqua creates a sense of inimitable authenticity where the South Central portrayed in the film feels like the real thing because it is (Fuqua also casts local residents and gang members as extras or bit parts). “We sort of became urban anthropologists,” said production designer Naomi Shohan. In the green-screen era, it’s very nearly unimaginable to think anyone could convince a major studio to do anything like it again.

The first hour of the film feels episodic at times, as Alonzo takes Hoyt on a tour of the ‘hood, shaking down street hustlers and taking him through The Jungle, an infamous L.A. neighborhood. “They say don’t come in here with anything less than a platoon,” Hoyt reports. Around the halfway point, things come into sharper focus when Alonzo meets with the Three Wise Men–high ranking officials from the police and D.A. ‘s office–where it is revealed that Alonzo has landed in hot water with the Russian mob. The final half of the film sees Ayer knocking down dozens of pins that have been quietly set up during the first hour, many of which pay off in very satisfying fashion (particularly on rewatches when the viewer knows what to look for). Perhaps the best example of this comes during a visit to Roger (Scott Glenn) a former colleague-turned-dealer who tells Hoyt a joke about a snail.

“One day, this man walks out of his house to go to work. He sees this snail on his porch. So he picks it up and chucks it over his roof, into the backyard. Snail bounces off a rock, cracks its shell all to shit and lands in the grass. Snail lies there, dying. But it doesn’t die. It eats some grass. Slowly heals. Grows a new shell; after a while, it can crawl again. One day the snail up and heads back to the front of the house. Finally, after a year, the little guy crawls back on the porch. Right then, the man walks out to go to work and sees this snail again. So he says to it, ‘The fuck’s your problem?’

Hoyt laughs, but Roger explains, “You figure that joke out, you figure the streets out.” On a surface level, it’s about finding the resilience to survive in a harsh environment (i.e., the streets) but on a more granular level, it foreshadows the film’s conclusion. Alonzo’s plan to get out from under the Russians involve robbery and murder (the latter action set up to look like a clean shoot perpretrated by Hoyt). After Hoyt fails to sufficiently go along with the plan, Alonzo sets him up to be killed, leaving him in the care of a few Chicano gangsters in arguably the film’s most nerve-shredding scene. The bangers get the drop on Hoyt, and go through his pockets before they plan to kill him, discovering the wallet of the young woman he saved from being raped. When one of the bangers realizes the girl is his cousin (and confirms the veracity of Hoyt’s account) his life is spared. “You know this shit was just business, right?”  While this moment was decried by some critics at the time as too contrived, it is the moment on which the whole film hinges (and the single biggest reason it has stuck with this writer for twenty years).

The film’s conclusion sees Hoyt returning to The Jungle to confront Alonzo, resulting in an action-packed finale that finally flips the dynamic. As Hoyt puts it after getting the drop on Alonzo, “It’s no fun when the rabbit has a gun, is it?” While Alonzo is guilty of underestimating Hoyt’s toughness, his most costly error remains his hubris: faced with a choice, The Jungle takes advantage of the moment to turn on Alonzo, a man whose arrogance and thirst for power led him to forget the most important rule: the game is the game, but above all, respect is the currency of kings. Hoyt prevails over Alonzo not because he is morally superior–after all, he goes along with a lot of Alonzo’s repugnant tactics before reaching his breaking point–but because he has come to understand the rules of the street, and thereby earns their respect (or at very least, a reprieve).

While Washington has been putting in work for the entire film, it is the finale which cements the performance as an all-timer status with Alonzo’s almost Shakespearan fall at the hands of his rookie trainee. After hearing the famous “King Kong ain’t got shit on me!” monologue (partly ad-libbed by Washington) it is difficult to imagine anyone else having gone home with Oscar gold. While Washington walks away with the majority of the acclaim, Hawke is equally great in a far more thankless (and thereby difficult) role of playing the straight man who must make the convincing transition from green-behind-the-gills to hardened survivor in the span of two hours. While history best remembers its winners, Hawke’s role was celebrated enough to earn him a nod for Best Supporting Actor (he would go on to lose to Jim Broadbent for Iris).

Twenty years on, Training Day remains as compulsively watchable (and filled with memorable, even iconic lines) as it was upon its first viewing. If the film falls short of being deemed a modern classic, then it still manages to fall into that next tier, at least for this viewer: a film that manages to withstand the scrutiny of time, and one that remains as gripping and vital as it was during that first viewing. 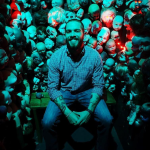 As a child and budding Indiana Jones cosplayer, Dan dreamed of one day becoming a writer. Now, he just plays one on the internet. Dan can be found shouting into the void on Twitter @vote_pennywise.