Welcome to the latest Contender or Pretender 2014.  Today we take a look at what will likely be the biggest film in the awards race this year, Christopher Nolan’s Interstellar.

The history of science-fiction films at the Oscars has been, for the most part, a mixed bag.  For every classic of the genre that the Academy has embraced, such as Star Wars, there has been another that either underperformed with AMPAS, such as 2001: A Space Odyssey, which saw director Stanley Kubrick nominated but the film itself miss Best Picture, or ignored altogether, such as in the case of Ridley Scott’s Blade Runner and many, many others.  And of course, to date no science-fiction film has won the big prize of Best Picture, though some have come close, with Steven Spielberg’s E.T. winning the Golden Globe for Best Picture – Drama in 1982 (though it did not have to face eventual Oscar winner Gandhi, which, due to being a British production, was placed in Foreign Film as per the HFPA’s rules at the time), and Alfonso Cuaron’s Gravity taking home Best Director honors just last year.

No one should be more familiar with the Academy’s fickle treatment of genre films than Christopher Nolan.  His dark, brooding reinvention of the Batman franchise gave comic-book films a new respectability with critics, and, beginning with the second of those films, The Dark Knight, broke box office records as well.  That film was considered a strong contender for Best Picture, as well as Best Director for Nolan, but ultimately the Academy preferred the classically prestigious The Reader in both categories, to the outrage and consternation of many.  That film’s snub (as well as that for another highly acclaimed genre offering, Pixar’s Wall-E) is believed by many to have been the impetus for the creation of the expanded Best Picture lineup, beginning in 20009.

With his follow-up film, 2010’s Inception, Nolan again impressed critics and audiences, this time with a mind-bending heist picture.  He seemed set for his first Best Director nomination, having been nominated at every major precursor award.  On nomination morning Nolan was nominated for his work producing and writing the film, but when it came to Best Director the Academy once again shocked everyone by instead nominating the Coen brothers for their western True Grit.  The third film in Nolan’s Batman trilogy, The Dark Knight Rises, was largely considered a letdown from the second, generating a very strong box office return, but no Oscar nominations.

Nolan’s latest effort places him once again in science-fiction territory.  Interstellar was initially intended for Steven Spielberg, before Nolan eventually took over, rewriting the script with his brother and frequent collaborator Jonathan Nolan.  Based on the newly released trailer, it is easy to see what would have drawn Spielberg to the material.  The trailer places front and center the relationship between Matthew McConaughey’s Cooper and his daughter Murphy, played by youngster Mackenzie Foy (for the role of Renesmee Cullen in the Twilight franchise).  McConaughey is called upon to deal with the fact that the human race seems to have exhausted Earth’s capacity to produce food.  The only solution seems to be sending a spaceship on a voyage beyond the solar system, though how exactly this will resolve Earth’s food crisis the trailer leaves unclear, showing very little of the voyage into space, which is believed to take up the bulk of the film’s runtime.  Nolan is notoriously secretive about his films before they are released, leaving only hints and conjecture as to what the main thrust of the film’s plot will entail- speculation centers around wormholes, time travel, and the true identities of the characters played by the film’s female leads, Jessica Chastain and Anne Hathaway, and how they tie back into Cooper’s relationship with Murphy.

The fact that the trailer highlights Cooper and Murphy’s relationship could prove to be either the film’s greatest asset or its undoing.  On one hand, this seems to indicate an emotional core to the film that Nolan’s previous films were judged to lack.  A strong emotional core is one of the strongest assets that a film can have when it comes to the Academy, and if Nolan is able to execute this relationship properly, it may be what allows him to finally win over those sections of the Academy that would otherwise dismiss genre filmmaking.  On the other hand, emotion executed poorly in a film is as sure a guarantee of critical hatred as anything.  Spielberg has demonstrated many times throughout his career that he can bring emotion and sentiment to his films masterfully, but Nolan does not have such a track record.  As a result critics may be less charitable with him than they would have had Spielberg made the film, and such ill will would likely kill the film’s awards chances.  Some films can survive being attacked by critics as overly sentimental (see Extremely Loud and Incredibly Close), but a genre offering such as Interstellar would likely not be given such consideration by AMPAS.

Though the success of the film’s emotional angle may be uncertain, it can count on enjoying the asset of the box office.  Most of the contenders in this year’s awards race are smaller films in terms of both budget and box office ambition, as the major studios prove less and less willing to invest in non-blockbuster fare.   However, if a tentpole film is able to also gain an air of prestige and respectability, AMPAS can prove itself quite receptive indeed, as Alfonso Cuaron’s Gravity proved just last year.  Interstellar has a ceiling at the box office that no other Best Picture hopeful this year can rival, as it alone has the potential to approach $1 billion in worldwide gross (Inception grossed $825 million worldwide).  Unless reviews and word of mouth are truly poisonous, Nolan should blow away the competition in this regard.

Though the film can likely count on a slew of nominations in the technical categories (the brief glimpses of the voyage into space promise truly spectacular visual effects), what may hold it back is the lack of potential for acting nominations.  With the exception of Heath Ledger’s titanic, Oscar-winning portrayal of the Joker in The Dark Knight, no Nolan film has ever had an actor nominated for an Oscar, or even at a single major precursor.  Nolan’s films have not even managed nominations for their ensembles at the Screen Actors Guild Awards, despite the fact that his films tend to combine a large all-star cast with box office success, typically the perfect formula to succeed at SAG.  His films are primarily seen as showcases for concepts and visuals, not for performances.  The heightened emotion of Interstellar may offer some slim chance of breaking that trend, but until definite proven otherwise the safe assumption is that the film will not be a vehicle for performances, at least not with the Academy.  Jessica Chastain, who has multiple films slated to be released this year, may be cited for this film in awards by critics groups for her body of work, but McConaughey and Anne Hathaway will likely have to look elsewhere to add a second golden statuette to their collections.

When it comes to who will be conducting the campaign itself, Interstellar’s distributor is perhaps one of the more underrated players in the awards game.  Though it is not spoken of by Oscar pundits in the reverential tones they reserve for the likes of TWC, Searchlight and WB, Paramount Pictures has quietly chalked up some impressive accomplishments in recent awards races, most notably blazing trails to the Dolby Theater for acclaimed filmmakers AMPAS had previously ignored, such as David Fincher (with 2008’s The Curious Case of Benjamin Button), and David O. Russell (with 2010’s The Fighter).  If Nolan hopes to break new ground with the Academy, then he can rest assured that his latest film is in good hands.

Interstellar finds Christopher Nolan at a crossroads moment in his career as a director.  If the film succeeds, it may elevate his status as a filmmaker to previously unseen heights, and if it fails, the backlash against him will be like nothing he has encountered before.  Will Nolan be hailed as the new Spielberg, a master of cinematic spectacle whose craft only grew over time, or the new George Lucas, once celebrated for bringing iconic visions to life on an unprecedented scale, but with diminishing returns to the point where his work became seen as a parody of itself?   Either way, this film’s awards trajectory will be one of the most fascinating storylines of the 2014 season.

[author image=”http://img.photobucket.com/albums/v193/erikdean/0341151b-3137-4134-9de4-84a1560d6736_zps040dc936.jpg” ]Peter Cioth has been on the Awardswatch forums since the start of 2012. He’s a student in the real world and a student of pop culture, and he enjoys predicting who will win awards because it combines his love of pop culture with his love of competition and speculating about the future. His prediction prowess makes him a member of both the Emmy Experts and the Gold Rush Gang.[/author] 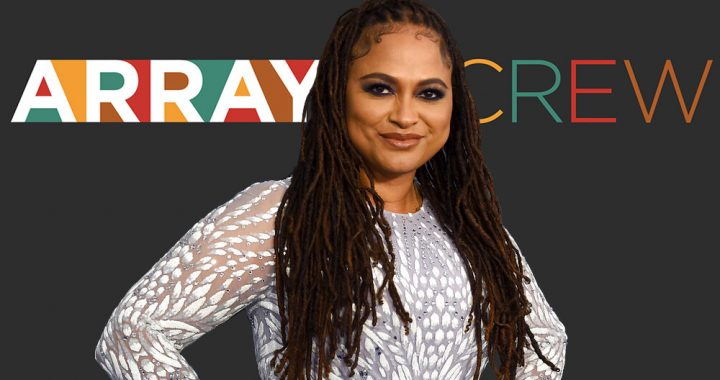 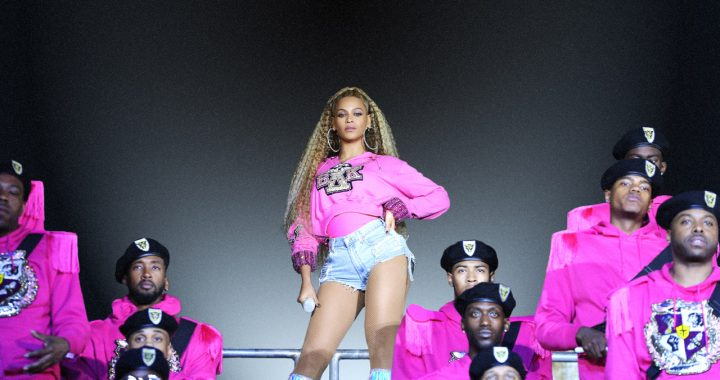 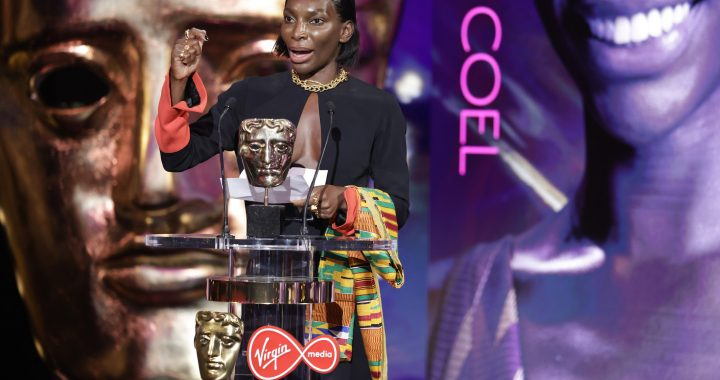