Every once in a while, you would hear a story that is so fantastical and incredible, you wouldn’t believe it actually happened. If it weren’t for Argo, for example, I would never believe that the operation to save six U.S. diplomats from the Iran hostage crisis involved faking a sci-fi movie production. But history surprises us time and time again.

Escape from Mogadishu is a fantastical story like Argo, involving a group of characters who must escape a dangerous historical conflict, where the story is so miraculous and unbelievable, you can’t believe it was based on true events. The difference here is that the miraculous part of the story isn’t the escape itself (though it is pretty insane), but the brief moment of unity between the characters.

For someone who is unfamiliar with North and South Korean history, I found myself drawn into the world just from the opening text, as the film explains that both countries were struggling to obtain UN memberships during the late 1980s. With the country of Somalia being a crucial vote for UN membership support, both Korean countries send ambassadors and diplomats to Mogadishu, the capital of Somalia, to negotiate. And the timing could not be worse. With the sudden eruption of civil war, diplomats from North and South Korea must put their nationalist views and patriotic duties on hold, to work together and escape the country.

Though the heart of Escape from Mogadishu is about two parties holding off decades of hostility towards each other, their temporary unity doesn’t happen until the midpoint of the film. The first act takes its time setting up characters and the political stage everyone must play to get ahead.

We meet Ambassador Han Sin-seong (Kim Yoon-seok) and counselor Kang Dae-jin (Jo In-sung) of the South Korean embassy waiting for their upcoming meeting with the Somali president, only to be sabotaged along the way and have their meeting opportunity stolen by the North Korean diplomats, led by Ambassador Rim Yong-su (Heo Joon-ho). Before the film is even about civil war and perilous escapes, it’s about people whose decisions can make big political impacts on the world stage, portrayed as relatable and “just doing their jobs.”

But once the first shots are fired, Escape from Mogadishu becomes a tense and brutal roller-coaster. Suddenly everyone, regardless of whether they are part of the conflict or not, are in danger of getting killed. It has now full-on survival. Forget about getting UN votes. Forget about the political impact of a decision; every single choice now has life-or-death consequences.

Writer and director Ryoo Seung-wan holds nothing back when it comes to portraying the violence in the streets. Stark, haunting visuals include corrupt policemen killing people in dark alleyways to the body of a dead man being dragged across the concrete, leaving a trail of blood by the head. Though you can question the simplistic if not shallow portrayal of the Somali Civil War (every Somali character kills or is killed, nothing in between), the violence is simply backdrop and context, in service of telling a moving, specifically Korean story.

With Ryoo’s reputation stemming from action films, he spends most of Escape from Mogadishu setting up the pieces. An embassy is taken over, the North Korean diplomats flee, the South Koreans take them in, and now they’re stuck in a building, and it’s only a matter of time before they’re discovered, whether by Somali rebels or from the Somali government police. It is here where the film really takes off. It’s a fantastic setup for conflict and character development that the script fortunately takes advantage of. There are barely any scenes or beats that are propelled by someone making a mistake or a dumb decision; nearly every character is treated as a smart individual with their own methods and resources to contribute. Once you figure out why the ambassadors are collecting every single book in the embassy, you can’t help but have a stupid grin on your face for the action that’s about to happen; it’s an explosive third act that will rival any Fast and Furious movie.

But some of the best moments in the film are found in the quieter sequences. Take a dinner scene near the midpoint of the film, for example. All of South Korea on one end, North Korea on the other. It’s quiet. The air is thin. Ambassador Han makes clear that despite them having a food shortage, they should still eat their fill. Then everyone on his side begins to eat, but Ambassador Rim doesn’t move a muscle. Nobody on North Korea’s side touches their food. Why? What is it? Then something clicks. Han reaches over, grabs Rim’s bowl of rice, and takes a big bite; a wordless, humorous but reassuring moment to convey that no, the food is not poisoned for them.

Amidst showing us all the horrific violence and intense car chases, Escape from Mogadishu has its heart in the right place. It understands the difference between story and plot, and thankfully, Ryoo knows how to make that story truly resonate, using culture and clever humor; a much-needed asset for a film that is mostly bleak and brutal.

There’s a common saying in genre movies: “If you’re a monster movie, your movie ends when the monster dies.” You would think a thriller movie about escaping the country would end when the characters successfully escape (spoiler: they do), but the film takes one step further and adds one last scene to serve as its ending. It’s a moment that completely caught me off guard, but is absolutely the ending the film needed.

I can recommend Escape from Mogadishu on the basis of covering a historical period we don’t often see in movies. I can also recommend it purely on an entertainment level and the excellent performances. But what really makes the film worth seeing is the story about enemies-turned-allies. It’s a moving experience that shows us the walls we build as nations, and how they come down when we face a life-or-death situation that brings out the humanity in all of us. The fact that this is a true story just further cements my hope that we can in fact come together.

Escape from Mogadishu was released in the U.S. by Well Go USA on Oct 19, 2021 and is South Korea’s International Feature Film Oscar submission for the 94th Academy Awards. 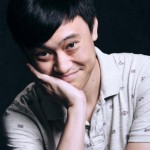 Daniel Bayer May 23, 2022
‘The Valet’ review: Eugenio Derbez charms in French farce remake but attempts to take on deep topics get stuck in first gear [Grade: B-]

Zofia Wijaszka May 23, 2022
Cannes Review: In Ruben Östlund’s zany ‘Triangle of Sadness,’ yachts rock (and roll) as the allure of luxury exposes the underbelly of a classless utopia [Grade: A]