Along with Kristen Stewart’s powerhouse lead performance in Pablo Larraín’s Spencer, the film is a technical treat from top-to-bottom, thanks to Claire Mathon’s masterful cinematography, Guy Hendrix Dyas and Yesim Zolan’s pristine production design, Jonny Greenwood’s gloriously jazzy score, and, of course, the terrific makeup team responsible for transforming Stewart into Princess Diana before our very eyes – a transformation so convincing that it becomes almost impossible to separate the star from the Princess of Wales.

Leading that team was none other than tremendously talented Wakana Yoshihara. Over the years, Yoshihara has worked on a number of major Hollywood productions, from enormous fantasy epics (Harry Potter and the Deathly Hallows: Part 2, Snow White and the Huntsman) to Kenneth Branagh’s adaptations of Agatha Christie’s classic Hercule Poirot adventures (Murder on the Orient Express and the upcoming Death on the Nile), and she’s made quite a name for herself in the community.

This year, she assisted Branagh yet again in his much-acclaimed awards hopeful Belfast (for which she received a nomination for Best Make Up & Hair Design from the British Independent Film Awards), but she’s set to leave an even larger impression on the campaign trail with her work here in Spencer, already being hailed as one of the most notable Makeup & Hairstyling achievements of the year. In her interview with Awards Watch, Yoshihara talked about what a task it was to wholly transform Kristen Stewart into this beloved British legend – especially due to constraints that come with shooting a film during the coronavirus pandemic – and how her service to Spencer compared to past projects.

Spencer is currently playing only in theaters. 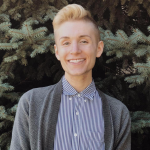