Sex Education season 3 returns September 17, and viewers will be ecstatic to know that its heart and exuberant comedy are back in full force as Otis (Asa Butterfield) and his friends approach their last year in secondary school, as the show explores ideas of self-love, acceptance and the ability to move forward. Minor spoilers ahead.

As our favorite Mooredale students struggle with the changes happening at school, they also have to deal with their own personal problems: Otis must face the fallout of being ghosted by Maeve (Emma Mackey) after telling her he loved her, whilst also adjusting to life at home with a pregnant Jean (Gillian Anderson). Eric (Ncuti Gatwa) and Adam (Connor Swindells) navigate life as a newly-found couple, as does Ola (Patricia Allison) and Lily (Tanya Reynolds) — and both couples figure out that there’s much more than happily-ever-after once you get together.

Though we’ve spent the previous two terms getting these characters together in relationships that seemed perfect for them, this time it’s not all rainbows. Gatwa shines as bright as his eyeliner as Eric navigates life as a man comfortable enough to express his femininity, but he’s emotionally further ahead than Adam, who still won’t tell his mother about them. The chemistry between Gatwa and Swindells is undeniable –it’s one of the reasons we fell in love with the couple in the first place– and it’s because of their connection that this relationship is one of my favorites to watch unfold through-out all eight episodes. Lily, ever-obsessed with aliens having sex, struggles to connect with Ola as Ola deals with the fallout of his father impregnating a woman who hurt him. And Otis? He finds a new belle in an unexpected classmate, but we all know it’s really Maeve he’s after and luckily we’re not dragged through too much of the will-they-won’t-they trope before we find ourselves in a bit of a love triangle with Isaac (George Robinson).

Careful not to put too much emphasis on relationships, Sex Education also explores the concept of self-love and identity. For example, Aimee (BAFTA winner Aimee Lou Wood) must come to terms with how her relationship with Steve has changed after her assault; Maureen (Samantha Spiro) explores her identity as a single woman after leaving Mr. Groff (Alistair Petrie); and Eric discovers more about himself away from Adam as he visits his family’s country of Nigeri, while Adam learns the ropes of being out as a gay man. Halfway through, Lily must also come to terms with her identity as an alien fanatic when her sex stories bring the school even more bad press. This storyline is particularly heartbreaking, because since meeting her, Lily’s obsession with aliens has been integral to her character. Watching Reynolds take Lily out of her comfort zone as Lily questions herself and goes through some pretty traumatic experiences at the hands of others is one of the most compelling performances of the series. This exploration of identity with Lily, and so many more characters, makes this quite possibly the best season of Sex Education so far.

One spectacular representation of characters advocating for themself and their identity is the introduction of Cal (Dua Saleh), a non-binary student that gives Hope hell when she tries to split the students up into boys and girls for various school functions or lessons. Ever the progressive show, it’s no surprise that Sex Education is introducing a nonbinary character when trans and gender non-conforming representation is growing in TV. Cal’s ability to challenge Hope’s ideas of traditional separation gives the show an added layer of depth in and of itself, but when you put into play Jackson’s (Kedar Williams-Stirling) attraction to Cal, it’s a whole new ballgame. To have a character that has been known as the cis-het straight jock go for the nonbinary character, shuts down the idea that your attraction to someone has to be based on their gender. Seeing Jackson question his identity so earnestly and without a sense of disgust or apprehension is a testament to how modernized and progressive this show is. And though viewers will surely have mixed feelings about how this story goes, its mere existence is enough to make this non-binary writer giddy in all the right ways.

As for the adults? Even Mr. Groff gets an opportunity to grow as he’s forced to live with his brother, played by Harry Potter alum Jason Isaacs — though Isaacs’ presence in the series is seriously underused and I wish he had a bigger role. And of course, there’s Jean. She and Jakob (Jim Howick) need to  figure out how to co-parent, but they’re not exactly the most well suited couple, and it’s comical seeing them try how to become a family when they can barely figure out how to be in a relationship with each other.

Throughout the term, these characters manage to find out more about themselves than ever, reminding us just how much we change as teenagers, and even still as adults. Though we still get a few good sex ed lessons (one I’ve never thought I’d need being the beauty of various types of vulvas) the show’s focus on self-love and mental health is appropriate at a time when many of us struggle with the changes we’ve been through during the pandemic.

By the end of the eight episodes these students, and adults, have all grown so much and are given the opportunity to fly, landing so far from where we first saw them a few years ago. We’ve laughed and cried with them, and we’re left wondering if this is really the end. Certainly, where they end up leaving Otis and his friends could be adequate enough for the stories to close, but if they do move forward I’m excited to see where they go with their newfound wings. 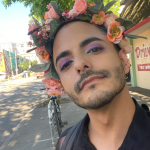 Tariq Raouf is an entertainment freelancer based in Seattle, and has been writing about television for about 6 years. He’s also the Outreach Director for GALECA: The Society of LGBTQ Entertainment Critics and a proud owner of a gorgeous Poodle/Schnauzer rescue named Raven.