What matters most, to me, about this episode of The Boys is that they tapped into their most powerful and valuable asset — a collection of some genuinely fucking strange, unexpected moments, simply because it’s The Boys, and they can do that.

Butcher and Queen Maeve have sex! Kimiko vividly fantasizes about performing a minutes-long, overly complicated old-school musical number! Ex-Payback member Crimson Countess does superhero OnlyFans for Seth Rogen! (I would like to note that Rogen has been on The Boys before, playing himself, which raises the question: is it Seth Rogen jerking off to Crimson Countess as Seth Rogen in The Boys universe? I certainly hope so.) We meet a pervy, old-school, Hefner-type, named The Legend (Paul Reiser) — a superhero manager from the coke-fueled superhero culture of the 1970s!

In his dimly lit vintage apartment, The Legend reminisces about the good old days, back when people were less sensitive, when superheroes would actually seem real and raw (“I’ve never even seen Homelander sweat!” he moans about the current state of affairs). But the rest of this episode suggests that the world hasn’t progressed as much as Legend imagines, with some major racist, sexist, and cultural limitations coming into play. A-Train’s demand that Blue Hawk be held accountable for his racial profiling leads to a hollow apology at a local community center. Blue Hawk offers that he is “sorry” if his actions were “perceived to be racist,” but he has black friends himself. The weak attempt leads to minor pushback from the group and an extremely violent outburst on Blue Hawk’s part — one that directly affects A-Train when his brother is paralyzed in the aftermath.

Homelander continues touting loaded, conservative talking points to the public, claiming on a Tucker Carlson-esque show that he is getting rid of corruption in Vought (which he now essentially runs himself), and promising that the streets are totally safe because he is watching over them — even though Soldier Boy is now officially on the loose, occasionally melting buildings due to his hair-trigger temper and radioactive powers.

When it comes down to it, no one on The Boys buys into superheroes and superpowers more than the most privileged groups. With a tiny taste of superpowers for themselves, Hughie and Butcher now work tirelessly to justify the use of more of the temporary supe compound. The only civilian we see that is fully on board with Homelander’s rantings and ravings about being special, better, and necessary to the functioning of the country, is Mother’s Milk’s daughter’s new stepdad, Todd — an unassuming white guy clearly excited by Homelander’s disturbing rhetoric.

Those who understand how systematically fucked Vought and superhero culture have become are now being ignored when raising concerns by the same people once on their side. Starlight is deeply concerned over Hughie’s love of his powers but is frequently brushed off. Mother’s Milk, who has felt the direct repercussions of the unwieldy nature of superpowers and the systems that protect them, tries to push back against Butcher’s claim that he wants to “level the playing field”, arguing that to Butcher that the whole point of their work “is that no one should have that kind of power”. It’s a value system that Butcher no longer seems to care about now that he’s seen the other side.

Kimiko is one of the more distinct examples of the uselessness of powers in those who can’t reap the systemic benefits, as she delights in mysteriously no longer having superpowers after Soldier Boy’s attack. Despite the loss of powers vastly slowing Kimiko’s healing, she is overwhelmingly relieved to be free of a set of abilities she only ever saw as a burden.

This divide among the group comes to a head at the end of the episode, when those who suffer under the major systemic powers at play among the supes are explicitly ignored. When Maeve goes missing after an argument with Homelander, he and his Vought entourage refuse to answer questions from a worried Starlight. When Hughie and Butcher develop a shaky allegiance with Soldier Boy (a sort of loose hope that Soldier Boy will act as a weapon against Homelander in exchange for The Boys helping locate and take down the remaining members of Soldier Boy’s old supergroup, Payback), it is against Starlight and Mother’s Milk’s justified protests. Those who have even a sliver of a chance of existing comfortably within the system — the likes of Homelander, of Hughie and Butcher, and even the unassuming, normal dude, Todd — are willing to cling to it, defend it, ignore those who suffer under it, when the opportunity presents itself. 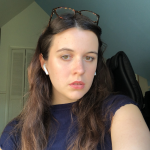 Tags: the boys the boys recap the boys season 3