Final Draft, a Cast & Crew Company, now in its 30th year as the industry standard for screenwriting software, today announced the honorees for the 16th Annual Final Draft Awards.

The awards, which recognize outstanding and elevated achievement in storytelling, will be held in a virtual ceremony on March 2, 2021. Academy Award winning screenwriter Aaron Sorkin (“The Trial of the Chicago 7”) will be presented with the Final Draft® Zeitgeist Award, honoring a writer whose work speaks powerfully to the culture and what’s going on in the world right now. The film is currently airing on Netflix. Two Storyteller Awards will be presented: Academy Award winner Steve McQueen, whose latest project “Small Axe” debuts on Prime Video on Nov. 20, will receive the Storyteller Award (TV) and Academy Award winner Sofia Coppola will receive the Storyteller Award (Film) for “On The Rocks,” her latest feature currently streaming on AppleTV+. Additionally, the Final Draft Awards will honor two writers with New Voice Awards recognizing rising and vital talents in the industry. The New Voice Award (TV) will go to Ramy Youssef for his award-winning Hulu series “Ramy” and the New Voice Award (Film) will be presented to Radha Blank who won the Directing award at the Sundance Film Festival earlier this year for “The Forty-Year-Old Version,” currently streaming on Netflix.

Newly appointed Final Draft president, Shelly Mellot will preside over the ceremony. She is the first female president of the company in its 30-year history. “2020 has been a year of cataclysmic change and has amplified the need and appreciation for voices like our honorees who are telling stories that illuminate our culture, history and humanity,” she stated. “These are provocative storytellers from diverse backgrounds and perspectives sharing their vision of the world and bringing us together at a time when we need it most. We could not be more proud to honor them and their inspiring work.”

The winners of the 2020 Big Break Screenwriting Contest, an annual screenwriting competition that launches careers and awards over $100,000 in cash and prizes, will also be celebrated at the event.

Academy Award winning writer and renowned playwright Aaron Sorkin made his Broadway playwriting debut at the age of 28 with “A Few Good Men.” He made the jump to feature films in 1993 with his film adaptation starring Tom Cruise and Jack Nicholson which earned four Academy Awards including Best Picture and five Golden Globes including Best Screenplay. He followed this success with screenplays for “Malice,” “The American President,” “Charlie Wilson’s War” and “Steve Jobs,” for which he won a Golden Globe Award for Best Screenplay. In 2011, Sorkin won the Academy Award, Golden Globe Award, Critics’ Choice Award, BAFTA Award and Writers Guild Award in the Best Adapted Screenplay category for “The Social Network.” He also adapted “Moneyball” alongside Steve Zaillian with story by Stan Chervin, winning the Critics’ Choice Award and New York Film Critics’ Award as well as an Academy Award nomination for the film. Sorkin made his directorial debut in 2017 with “Molly’s Game,” which he also wrote. The film garnered Sorkin Best Screenplay nominations from the Academy Awards®, Golden Globes, Writers Guild Awards and the BAFTA Awards. For television, Sorkin created and produced NBC’s renowned series “The West Wing,” which won 26 Primetime Emmy Awards including Outstanding Drama Series for four consecutive years. For his work on the series, Sorkin twice received the Peabody Award and Humanitas Prize, as well as three Television Critics Association Awards and Producers Guild Awards, a Golden Globe Award and a Writers Guild Award. He also produced and wrote the acclaimed television series “Sports Night,” “Studio 60 on the Sunset Strip,” and “The Newsroom.” In 2018 he premiered his Broadway stage adaptation of Harper Lee’s iconic American novel “To Kill a Mockingbird.” The production currently holds the title of the highest grossing American play in Broadway history. His newest film “The Trial of the Chicago 7” is now available on Netflix.

Academy Award winner Steve McQueen is a British artist and filmmaker. His critically acclaimed first feature “Hunger” (2008), starring Michael Fassbender as an IRA hunger-striker, won the Camera D’Or at the Cannes Film Festival in 2008. He re-teamed with Fassbender for his follow up feature “Shame” (2011) for which Fassbender won the Volpi Cup at the Venice Film Festival for Best Actor. The film ranks as one of the highest grossing NC-17 rated movies. McQueen’s “12 Years a Slave” (2013) dominated awards season, winning, amongst many others, the Academy Award, Golden Globe, BAFTA and AAFCA Awards for Best Picture while McQueen received DGA, Academy, BAFTA and Golden Globe directing nods. His most recent feature “Widows” (2018) was one of the best reviewed films of the year and starred Viola Davis, Cynthia Erivo, Elizabeth Debicki and Michelle Rodriguez. His most recent work is the critically acclaimed anthology series, “Small Axe,” which comprises five standalone films. Set from the late 1960s to the mid-1980s, the films each tell a different story involving London’s West Indian community, whose lives have been shaped by their own force of will, despite rampant racism and discrimination. McQueen is the recipient of many accolades for his work as a visual artist. In 2016, the Johannes Vermeer Award was presented to him at The Hague. In that same year, the British Film Institute awarded McQueen with a Fellowship. McQueen won the Turner Prize in 1999. His artwork is exhibited and held in major museums around the world. A retrospective was recently exhibited at the Art Institute of Chicago and at the Schaulager in Basel. Tate Modern and Tate Britain were home to two critically acclaimed shows in 2019/2020, “Year 3” and “A Retrospective: Steve McQueen.” In 2020, McQueen was awarded a knighthood in the Queen’s New Year’s Honours List for his services to the Arts.

Academy Award winning filmmaker Sofia Coppola is a trailblazing writer, director and producer who is one of only five women to be nominated for the Academy Award® for Best Director in the 92-year history of the Oscars® in 2003 for “Lost in Translation.” That same year she won the Oscar® for Best Original Screenplay for the film which starred Bill Murray and Scarlett Johansson. In 2017 she made history again as only the second woman to win the Best Director prize at the Cannes Film Festival for her film “Beguiled.” Most recently she wrote and directed “On The Rocks” starring Bill Murray and Rashida Jones. The critically-acclaimed film is currently streaming on Apple TV+. Coppola’s directorial debut,“The Virgin Suicides,” premiered at the Cannes Film Festival, earning her critical acclaim and the MTV Movie Award for Best New Filmmaker. Other credits include “Marie Antoinette” which also had its world premiere at the Cannes Film Festival and went on to earn an Oscar for the film’s costume designer Milena Canonero. “Somewhere,” starring Stephen Dorff and Elle Fanning, had its world premiere at the Venice Film Festival where it was honored with the Golden Lion. Coppola earned Emmy® nominations for her work on the small screen with “A Very Murray Christmas,” which featured Bill Murray and an all-star cast for an evening of music and comedy in an homage to classic holiday variety shows. In addition to her film career, Coppola directed a production of Verdi’s classic “La Traviata” at the Rome Opera House. She has been honored by several prestigious organizations including the National Board of Review and the Gotham Awards with special tributes recognizing her prolific career to date.

Egyptian-American comedian, actor and director Ramy Youssef won the 2020 Golden Globe Award on behalf of “Ramy” in the category of ‘Best Performance by an Actor in a Television Series – Musical or Comedy.’ Youssef created, produced and stars in the hit show which is inspired by his own experiences centering around a first-generation Egyptian-American Muslim on a spiritual journey in his politically divided New Jersey neighborhood. Most recently, the Television Academy nominated Youssef for two 2020 Emmy Awards in the categories of “Outstanding Lead Actor in a Comedy Series” and “Outstanding Directing for a Comedy Series” on behalf of the second season of “Ramy.” Youssef was also nominated for a Critics’ Choice Award and a Writers Guild Award for his one-hour HBO comedy special “Ramy Youssef: Feelings” produced by A24. Youssef, through his overall deal with A24, is working on creating and developing projects with Apple and Netflix. The first show for Apple will star “Ramy” series regular Stephen Way in a story illustrating the perspective and experience of a disabled person and their family in a real way. Youssef will executive produce both this series and an untitled show currently in production with Netflix.

Winner of the 2020 Sundance Institute Vanguard Award and Sundance Film Festival U.S. Dramatic Directing Award, Radha Blank is a director, performer, writer, and proud native New Yorker. A Helen Merrill Award recipient, Radha’s acclaimed play “Seed” was deemed “fresh, lively…and poetic” by HuffPost. She’s since written for “Empire” (Fox) and “She’s Gotta Have It” (Netflix). Radha’s script for “The Forty-Year-Old-Version” was chosen for the 2017 Sundance Directors and Screenwriters Labs and garnered the 2017 Adrienne Shelly Women’s Filmmaker Award and the 2018 Maryland Film Festival Producers Club Award. When not writing for the stage and screen, Radha performs as RadhaMUSprime, whose brand of hip-hop comedy has sold out shows from New York to Norway. Named one of the  “10 Directors to Watch for 2020” by Variety, Radha’s feature filmmaking directorial debut “The Forty-Year-Old-Version”, currently available on Netflix, has been hailed by critics as “funny, thought-provoking, wholly original” and “forever relevant.” 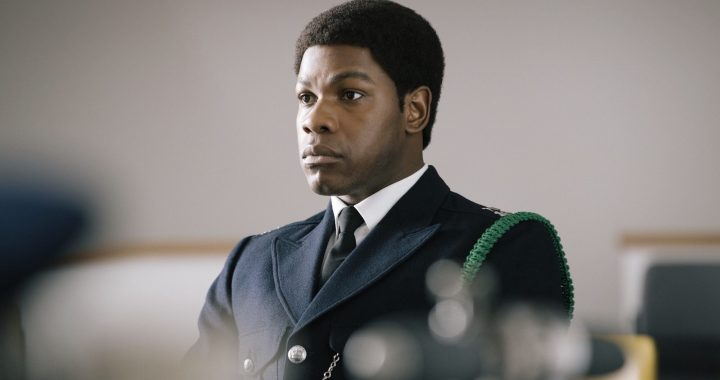 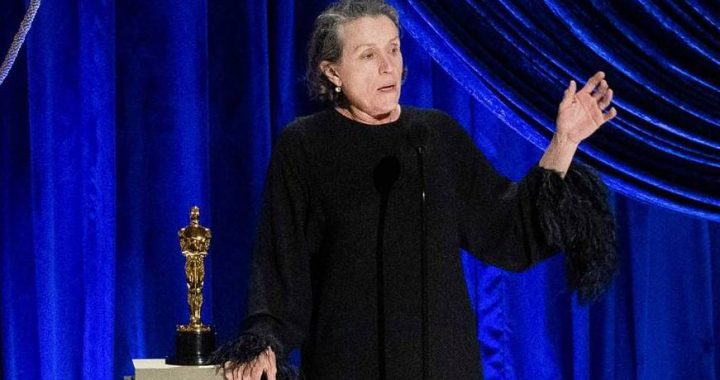