In 2016, Frank Langella took home the Tony Award for Best Actor in a Play – his fourth career Tony win – for his riveting turn as a man battling dementia in The Father.

Now, five years since Langella’s victory, it is Anthony Hopkins contending for awards recognition for his portrayal of the title role in the film adaption of the Florian Zeller play. Having scored rave reviews, plus Golden Globe, SAG Award and Critics Choice Award nominations, Hopkins is widely considered a sure bet to score a sixth career Oscar nomination.

Should Hopkins indeed make the cut, The Father will mark the 13th film to earn an Oscar nomination for a role that also scored the Tony for Best Actor in a Play.

In honor of Hopkins’ bid, let’s take a look back at the 12 films that’ve thus far achieved this feat.

In 1947, at the very first Tony Awards ceremony, Jose Ferrer scored the Best Actor prize for his turn as Cyrano de Bergerac. Three years later, he would emerge triumphant at the Oscars for the film adaptation.

The following year, Basil Rathbone earned the Tony for his portrayal of Dr. Austin Sloper in The Heiress. Despite the win, Rathbone was not cast in the 1949 film adaptation, as the role – and a Best Supporting Actor Oscar nomination – instead went to Ralph Richardson.

At the 3rd Tony Awards, in 1949, Rex Harrison earned the Best Actor Tony for his turn as Henry VIII in Anne of the Thousand Days. The film adaptation would not arrive for 20 years, as Richard Burton scored his sixth career Oscar nomination for the 1969 picture.

In 1956, Paul Muni took home the Best Actor Tony for his portrayal of attorney Henry Drummond in Inherit the Wind. Despite this victory, and his stature as an Oscar-winning screen star, he was not cast in the 1960 film adaptation. Spencer Tracy headlined the film as Drummond and earned his seventh career Oscar nomination.

Paul Scofield, on the other hand, was not about to let another actor steal his awards thunder. In 1962, he scored the Best Actor Tony for his turn as Sir Thomas More in A Man for All Seasons and would headline the film adaptation four years later, earning the Best Actor Oscar.

The role of George in Who’s Afraid of Virginia Woolf? has a rich history at the Tony Awards, with Arthur Hill scoring the Best Actor prize for the original 1962 production and Bill Irwin and Tracy Letts winning for revivals in 2005 and 2013, respectively. In fact, with these three victories, George is the most honored role in the history of this category. Alas, at the Oscars for the 1966 film adaptation, Richard Burton was not so lucky. He fell short in Best Actor to…Paul Scofield in A Man for All Seasons.

In 1969, with his portrayal of boxer Jack Jefferson in The Great White Hope, James Earl Jones made history as the first African American to win the Best Actor Tony. Just one year later, Jones headlined the film adaptation and earned an Oscar nomination.

In the following decade, Cliff Gorman earned the Best Actor Tony for his portrayal of legendary comedian Lenny Bruce in Lenny (1971). Julian Barry’s play would soon be adapted to the screen, albeit with Dustin Hoffman taking on the title role. He received his third career Best Actor Oscar nomination.

In 1980, John Rubinstein scored the Best Actor Tony for his turn as teacher James Leeds in Children of a Lesser God. Six years later, the film adaptation would find William Hurt earning an Oscar nomination for the role.

The role of composer Antonio Salieri in Amadeus delivered the Best Actor Tony to Ian McKellen in 1981. Three years later, it would be F. Murray Abraham scoring the Oscar for his turn in the film adaptation. In both cases, Tim Curry in 1981 and Tom Hulce in 1984, did the actor portraying Wolfgang Amadeus Mozart himself fall short.

Later in the decade, James Earl Jones again triumphed at the Tonys, this time for his powerhouse turn as Troy Maxson in August Wilson’s Fences (1987). The play’s 2010 revival would again score the Best Actor Tony, this time for Denzel Washington – who, with the long-awaited 2016 film adaptation, would also earn an Oscar nomination.

Finally, there was Frank Langella, whose turn as former President Richard Nixon in Frost/Nixon earned him the 2007 Tony Award and an Oscar nomination the following year. Bryan Cranston’s 2019 Tony-winning turn as Network’s Howard Beale, a role which earned Peter Finch the Best Actor Oscar in 1976, could also be noted, though as an inverse – the production marked a play adaptation of a popular film.

With that said, what are The Father’s odds of following in the footsteps of Cyrano de Bergerac, A Man for All Seasons and Amadeus in marking the fourth piece to score both the Best Actor in a Play Tony and Best Actor Oscar?

Hopkins is perhaps not as well-positioned as say, Scofield in 1966 or Abraham in 1984 – after all, A Man for All Seasons and Amadeus proved the toasts of their awards seasons, earning the Best Picture prizes. The Father, on the other hand, is not guaranteed even a Best Picture nomination. Moreover, Hopkins faces stiff competition in the form of the late, great Chadwick Boseman, sure to earn a posthumous nomination for his stirring turn in Ma Rainey’s Black Bottom.

Posthumous nominations don’t necessarily translate to wins. Of the eight posthumous acting bids in Oscar history, two – Finch and Heath Ledger in The Dark Knight (2008) – have triumphed. But Boseman had a truly remarkable year, leaving us with not one but two stellar final performances, the other in Da 5 Bloods, for which he’s in Best Supporting Actor contention but generally not viewed as a category front-runner. If voters are to honor Boseman with a posthumous win, it will likely be in Lead.

Still, Hopkins remains a force to be reckoned with. His reviews are among his career-best and he hasn’t won an Oscar in nearly 30 years. While Boseman may remain the smart bet at this stage in the awards season, Hopkins cannot be underestimated. 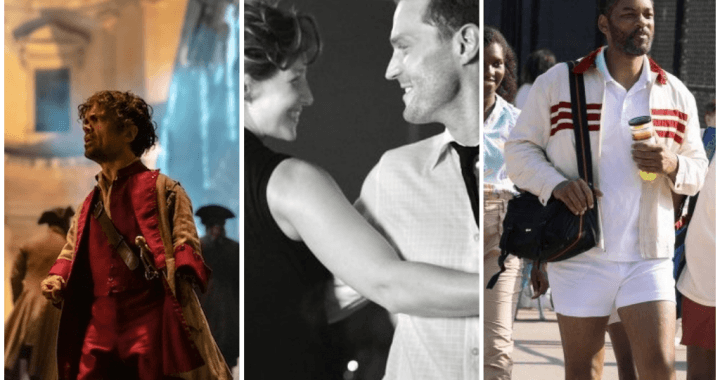 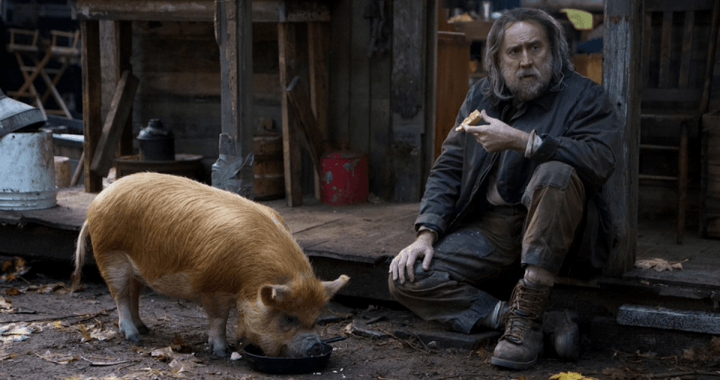