What can one really say about Steven Spielberg? He’s one of the all-time greats, a once-in-a-lifetime talent. He’s commercially successful, artistically unmatched, and influential for generations of filmmakers. If you ask a dozen film fans what their favorite Spielberg film is, you’d probably get a dozen different answers. My personal favorite is his 2001 science-fiction fantasy A.I. Artificial Intelligence, with Haley Joel Osment, Jude Law, Brendan Gleason, Sam Robards, William Hurt, and Frances O’Connor. Originally developed by Stanley Kubrick, A.I. had a long journey to the screen. The film has had a somewhat shaky legacy after release. Over the last twenty years, Spielberg’s film has been reappraised and it remains an emotionally enigmatic and visually exciting masterpiece.

A.I. takes inspiration from the classic fairy tale Pinocchio. In this future, technology has developed “Mechas,”which are humanoid robots that are sentient and intelligent, but lack human feelings. One of these Mechas is David (Osment) who is advanced enough to feel, and wants to be a real boy and loved by Henry and Monica Winston (Robards, O’Connor) who brought him home. David navigates a world of hostility towards the Mechas; they have no rights and are destroyed at Flesh Fairs once they have outworn their usefulness. However, centuries later, he ultimately becomes the final glimpse of anything resembling our world.  Humans like you and me don’t come across much better the A.I. either. The film highlights a human selfishness and fickleness, like the Winstons getting and then discarding a humanoid robot or the bloodthirsty audience at the Flesh Fair.

To me this is a far cry from Spielberg’s 80s and 90s output, presenting a bleak future in place of an aspirational possibility. The androids become our point of identification, suggesting these robots are more attune to what mankind is striving for. Joe (Law) in particular is the most engaging character in the film (helps that Jude Law is giving one of his best performances). As the Mechas and Teddy take over the narrative, the quest for humanity becomes surreal and fantastical, a strangeness within the structure of a familiar fairy tale.

The transition from Kubrick to Spielberg has been a point of contention with A.I. In the late 1970s, Kubrick decided to adapt the short story “Super Toys Last All Summer Long” by Brian Aldiss (who wrote the treatment for the film). Aldiss was fired and the film went through several different writers who were fired or quit, finally landing on Ian Watson (who has a screen story credit). The inspiration from Pinocchio comes from Kubrick, who gave the fairy tale to Watson. By the early 1990s, Kubrick had dropped the project feeling that the technology was not advanced enough for the humanoid robot. But with the release of Spielberg’s Jurassic Park in 1993, Kubrick became convinced that the special effects necessary could be achieved. The film remained in production for years with Kubrick still being disappointed with the visual effect designs and feeling like Spielberg would be a better match.

Kubrick shelved the project to make Eyes Wide Shut and while Spielberg began to develop other projects. Upon Kubrick’s death, his widow Christiane and producer Jan Harlan convinced Spielberg to take over and he accepted. According to Watson, Spielberg stayed very close to Kubrick’s draft of the script (typically removing the sex scenes) even the ending. Spielberg wrote the final script himself, taking on the rare for him solo writing credit. It’s possible that Spielberg made the film as a tribute to Kubrick, perhaps honored that the master filmmaker chose him to take over for a long-gestating project. This is speculation on my part, of course, but it seems possible at least.

Some critics of the film have felt that the film is overly sentimental due to Spielberg’s influence. The ending in particular, with David getting the chance to have his perfect day with his adopted mother Monica, has been criticized for leaning into Spielberg’s saccharine sensibilities. For one thing, I don’t consider Spielberg to be a maudlin filmmaker. A.I. did kick off a Bush-era run for the filmmaker of cynical films like War of the Worlds, Minority Report,and Munich (even Catch Me If You Can and The Terminal are deceptively anti-sentimental), which were bolstered by the paranoia of post 9/11 America. A.I. released two months before 9/11. The ending can be read as an examination of the human desperation for comfort and a desire to return to childhood. The guy who made such beloved classics like Indiana Jones, Hook,and Jurassic Park is taking that nostalgia and turning it into a theme.  Spielberg is inviting his audience to ponder the sad truth that all humans would want at the end of humanity is to experience a ghostly and nakedly illusory wish-fulfillment.

The tension between the Kubrick and Spielberg styles—if you even want to call it tension—makes for a fascinating film. A.I. has the Spielberg touch of visual wonder, compassion, and exquisite world-building. But it also has a Kubrickian sense of grim humanity and a rough metallic sci-fi exterior. The episodes in the film (like the great Doctor Know sequence, for example) are exciting and profound. A.I. is a film that took its time to find its audience over the last 20 years. It took a long time to get to the screen, and it’s since been misunderstood. Thankfully however, it’s now being recognized as being one of Spielberg’s best. 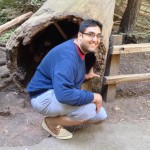 Manish Mathur is a writer and podcaster based in New York. He hosts two podcasts: It Pod to Be You, covering romance movies, and Queer and Now, which tracks queer cinema decade by decade. Manish loves old Hollywood, international cinema (especially Bollywood), and writing about all kinds of movies. You can find Manish at @TheManish89 on Twitter and on Letterboxd.