Army of the Dead is fine enough and delivers on its promise. Whether that makes Zack Snyder’s latest project a good movie, though, is certainly up for debate. If anyone planning to go to either the theater or stream the film on May 21 has little expectations walking in then, they’ll likely be satisfied with Snyder’s gorefest. However, there comes the point where it is just too long of an experience. Perhaps this is the downside of working for a company that gives artists carte-blanche.

It is not hard to understand why Netflix is rolling out the carpet for Snyder and his legion of fans. Any director treated in the manner that Warner Brothers treated him would look for a new home. It is a smart move for Snyder and Netflix to work together. This might be the beginning of a larger partnership. But even the greatest at their profession need to reign it in some.

Was it fun to watch zombies get mutilated by Dave Bautista and his band of misfits, sure, but Army of the Dead meanders from one set piece to another, never getting a solid narrative footing. It was cool to see these elaborate moments fleshed out – alpha zombies on the prowl, zombie tigers, the pit full of zombies, and the sequence in front of the vault were wonderfully creative and a blast to watch. The film’s opening moments set us for a feverish pace that grinds to a halt after only 15 minutes. Beyond these moments, there is no real connective tissue to the overall story Snyder’s attempting to share.

The film takes place after a zombie outbreak that has brought ruin to Las Vegas and left the city blocked from the outside world. Scott Ward (Bautista) is now a short-order cook since the outbreak but his exploits slaying these flesh-eating creatures are legendary. A crime lord played by Hiroyuki Sanada tracks him down and makes him an offer he can’t refuse. Break back into the zombie-infested portion of Las Vegas, crack the vault of a casino to retrieve 200 million dollars, and do all of this within 24 hours because the United States has decided to nuke the city.

What comes off as a cash grab to some, Ward sees an opportunity to reconcile with his daughter Kate, who Ella Purnell plays. She still hasn’t forgiven him for killing his mother once she had turned in one of them. Scott begins to assemble a team of misfits to achieve this lofty goal. Joining Ward is Vanderohe (Omari Hardwick), Maria (Ana De La Cruz), Marianne Peters (Tig Notaro), Mikey Guzman (Raul Castillio), Chambers (Samantha Win), Martin (Garret Dillahunt), Coyote (Nora Arnezeder), and Burt Cummings (Theo Rossi), and Dieter (Matthias Schweighofer). Each member brings a specific skill set that is meant to help achieve their objective. For example, Dieter is a master at cracking safes, and Coyote has been back in the forbidden area of the city numerous times. Hence, her knowledge of how these zombies operate is valuable.

This gets complicated when Kate declares that she’s joining them because two members of the refugee camp she’s a part of were snuck into the city and are now missing. So now what becomes this Ocean 11 zombie-filled tale is crossed with this odd storyline that thrusts Scott’s daughter into harm’s way. It would have made much more sense to me if Ward’s daughter was naturally part of the team because of a particular skill set she had. If Mikey’s claim to fame is that he throttled a bunch of Zombies on YouTube, they could have come up with something.

The film loses footing because Ward’s daughter becomes an afterthought until about the third act of the film. Perhaps had they written a few more moments where Kate was in harm’s way, there would have been a bit more buy-in. His daughter could have easily been cut from the film, trimming the final product by almost half an hour.

Tonally, the film is all over the place. At different points, Army of the Dead is all heart while others it is pessimistic and bleak. The film doesn’t achieve a balance between the two, feeling odd and out of place for this genre. George Romero could strike a balance tonally in any number of his films and stick with it; why can’t Zack Snyder?

Visually, the set pieces are fantastic to look at, and there are individual moments of splendor but nothing which stood out. This is perhaps the biggest surprise of the film. Snyder is well known for how visually appealing his releases are. We must understand that there is a difference between a cool-looking zombie tiger and capturing the beauty of the brutality which comes in a zombie apocalypse. They could have easily shot similar sequences involving the hoard of alpha zombies in the same hotel as the vault. Perhaps we saw too much of what became of Las Vegas instead of what was just necessary. Think of it like this, is it more important in a Batman movie to see the Bat Cave or the corner store?

Army of the Dead fills a void for anyone longing to see cool-looking zombies eventually die in the most gruesome of ways. Had the film kept that same tone and pace of the initial 15 minutes of the film, we’d be writing a completely different review. It’s as if Snyder teased with what could have been fun, thrilling, and highly entertaining to watch and then pulled the rug out from under us. In an attempt to make the greatest zombie film possible, he threw everything against the wall in hopes that it would stick. That rarely works in the fan’s favor. Instead, of a great zombie, fans are left with an average experience.

Army of the Dead will hit theaters on May 14 before debuting on Netflix May 21. 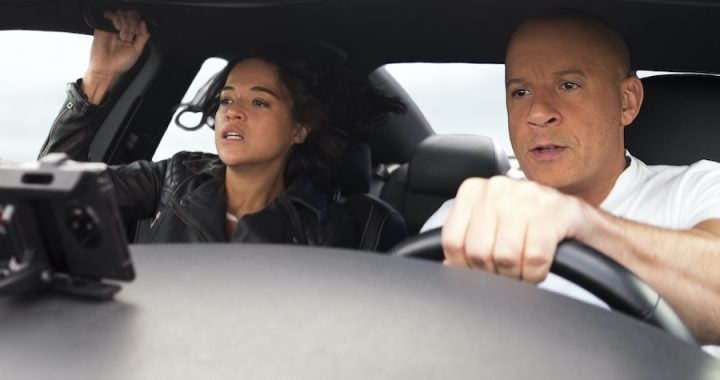 ‘F9’ review: Despite its title, this franchise no longer gives an F (and that’s a good thing)

‘F9’ review: Despite its title, this franchise no longer gives an F (and that’s a good thing)