Below are the most recent polls for the second half of December 2013.

You can also check out the year-long trend for top 10 performing entries each month, for the following categories here and vote for yourself and follow the conversation in the forums here. Commentary by Marc van de Klashorst.

What a difference a couple of critics awards make. Whereas earlier in the month, AW as a whole still saw a sizeable chance for at least ten films, the forums have now rallied around eight, with at least four out of five members thinking they will make it in. Lee Daniels’ The Butler and the so far surprising Dallas Buyers Club round out the Top 10, but only about 30% of our members see them scoring a nod. Biggest casualty of the last few weeks? Saving Mr. Banks, in which AwardsWatch collectively has no faith anymore. Interestingly, most other pundits still predict, a lot even as high as their Top 5. Are they seeing something we don’t, or is it the other way around? Only time will tell.

This category is still a bit of a clusteruck, although a pack of five seems to be emerging. We still have a lot of faith in both Alfonso Cuarón and Steve McQueen, but David O. Russell can now be added to the list of names that virtually everybody sees it making in, based on a strong showing so far with the critics. The surge op Spike Jonze can certainly also be attributed to that. As a result, the faith in Paul Greengrass is waning a bit, but he still has six out of ten people banking on him. The losers of these ‘critics weeks’ are clearly Martin Scorsese, whose film may be underseen, but its showing (or rather, lack of) at many of the critics’ awards, plus an emerging divisiveness over the contents of the film, are costing its director to drop off; and the Coens, whose Inside Llewyn Davis is very well liked, but seems to lack the ability to gain any traction in the race, giving off an “Oh yeah, there’s also that” vibe.

What was seen as a six-horse race in early December, is no slowly turning into a clear picture of a set of five nominees. What was said above about Martin Scorsese also applies to his star, Leonardo DiCaprio. Faith in a nod for the often-snubbed actor was cut nearly in half, with only thirty percent now still putting their money (though probably not all of it) on him scoring a nomination. Outside him and the forming ‘consensus five’, nobody seems to have a shot, or so AwardsWatch thinks. Weakest link right now, should DiCaprio somehow emerge? Veteran Robert Redford.

Where we seem to be going from six to five in Best Actor, the Actress category actually looks like it’s going the other way: in the first week of December it was Blanchett/Bullock/Dench/Streep/Thompson all the way, but now American Hustle‘s Amy Adams is trying to claw her way in. Interesting, because she seems to lack support of the critics, being snubbed for many of the critics societies awards. She is clearly riding the coat tails of the film’s surge, combined with an impression that the Academy loves her (given her earlier nominations). The ones AwardsWatch feels she has to duke it out with are Emma Thompson, whose film is having a lackluster reception both with critics and, if early box-office results are an indication, the public, and Meryl Streep, who suddenly doesn’t look like the sure-fire nominee we held her for earlier in the season.
Adèle Exarchopoulos still has sixteen percent of faithful followers, but it’s dropping, making her nothing more than a dark horse now.

During the last poll, we were still widely divided in the Best Supporting category. Sure, Jared Leto and Michael Fassbender would make it, but other than that? The Top 5 was rounded out by Bradley Cooper (who’s still in it, according to us), Tom Hanks, and Jonah Hill. Cut to late December, and the latter two seem to have completely vanished, with barely one out of ten people being sure they will score. Who took advantage of their downfall? Barkhad Abdi (with much stronger than expected critical support) and Daniel Brühl (did we forget about him in the last poll or something?), that’s who. Cooper’s support is actually somewhat dropping, and he should keep an eye out for James Gandolfini, who would really need BAFTA to solidify his chances, but who has sentiment in his corner, however cynical that may sound.

Seventyfive percent of the forums are sure this category is all but signed, sealed and delivered. And suprisingly, that number is slightly down. Other than some shifting in the prospective Top 5 (Jennifer Lawrence is really moving up), it is only Sally Hawkins who has managed to nibble off some percentage points of the leading five ladies. But as a whole, not much has changed in these recent weeks: it’s still Nyong’o/Lawrence/Winfrey/Squibb/Roberts all the way. As far as we’re concerned, these ladies can start picking their gowns right now.

American Hustle. Blue Jasmine. Her. Inside Llewyn Davis. Nebraska. Wrap it up, we’re done here. There is only one other film in double digits (Enough Said), but it’s by the skin of its teeth. Of course, these five were already emerging as the prospective nominees in the last poll, but anything that still had the semblance of a chance then has now been wiped off the board.

The pattern we have in Original Screenplay, is also starting to form in the Adapted category. Only Captain Phillips is lagging behind the ‘big four’ a bit, but that is mainly because there are still people with faith in August: Osage County and Blue Is The Warmest Color. This seems a matter of time though, as both those films lost double digits in support. Nothing else really registers. Can the writers guilds turn this around? This seems unlikely.

73rd Primetime Emmy Awards: What to expect, what records and history could be made and more 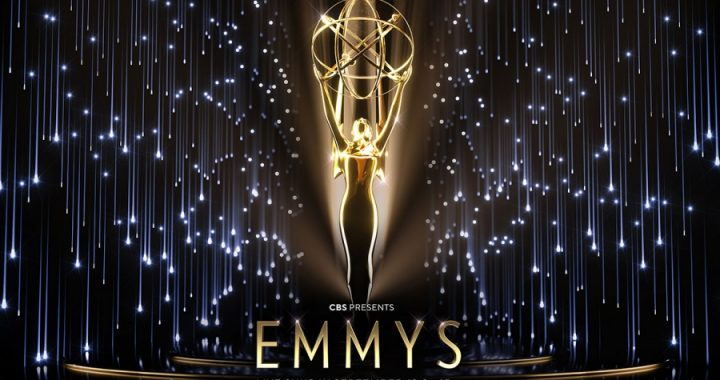 73rd Primetime Emmy Awards: What to expect, what records and history could be made and more