Throughout most of our lives, we’re told that “it’s not the winning that matters, it’s the taking part that counts,” or, in the case of the Oscars “it’s just an honor to be nominated.” Some people agree, others definitely don’t. If you’ve watched the Friends episode, “The One With Joey’s Award,” you’ll have seen Joey practicing his “gracious loser face” after Rachel tells him it’s important to at least look like a good sport on TV.

While we may not admit it, we all like to win. It’s a nice feeling to know that you’re the best at something or to receive recognition for your hard work.

But just like how Joey Tribbiani was overlooked for the category of “Best Returning Actor” in the fictional 2001 Soap Opera Digest Awards, many real-life actors and movies have missed out on silverware, despite being very much deserving of it.

21 is a movie that is loosely based on the story of the MIT Blackjack Team. This was an organization that was made up of students, staff and alumni of several leading universities in both the US and around the world.

They worked together, over several decades, to play blackjack in casinos in Europe and America, using advanced card counting techniques to beat the house. Calculating the likelihood of a single outcome or hand is beyond what most people can do in their heads as they play because blackjack odds and probability equations run into the millions, especially if you’re playing with several decks in the shoe.

The movie does a great job of taking what was a very technical and process-driven approach, involving a lot of studying, analysis, and practice, and turning it into an exciting 123-minute story.

Despite its gripping story, ensemble cast, and strong performance at the box office, it received few award nominations. It did pick up one award for Best Ensemble at the ShoWest Convention, though this isn’t something to get too excited about. It was also nominated for a People’s Choice Award and a Golden Trailer Award, though was beaten both times.

When Sully was released to cinemas in 2016, few people needed a reminder of who Captain Chesley Sullenberger was, or how he managed to save the lives of 155 passengers and crew by landing the plane on the Hudson River in January 2009.

Starring Tom Hanks, the film is a recreation of the events leading up to and during the accident, and the months-long investigation that was conducted in the aftermath. Despite most audience members knowing the story before watching the movie, Sully is gripping from start to finish.

The movie received dozens of nominations and a handful of wins, including Best Foreign Film at the Awards of the Japanese Academy, and Movie of the Year at the AFI Awards. However, Sully only managed one Oscar nomination: Best Achievement in Sound Editing, but was beaten by Arrival.

King Kong is a cultural icon who has been recreated numerous times, and has been referenced, adapted, and parodied time and time again in movies, TV shows, books, and even video games.

By today’s standard, this film about a giant gorilla attacking a city has terrible visual effects, but back in 1933, it was quite revolutionary. Despite it being at the cutting edge of cinema, King Kong was overlooked by most of the industry as monster movies were looked down on at the time.

This now-iconic film didn’t even receive a nomination.

It became an internet meme for quite some time that Leonardo DiCaprio continued to be ignored by the Academy. In 2013, when he played Jordan Belfort in The Wolf of Wall Street, he was overlooked again.

Belfort is a former stockbroker and convicted fraudster who achieved huge success with his company, Stratton Oakmont. The film depicts the story of the company’s founding, rise to prominence, and ultimate demise, though plenty of artistic license has been used in the process.

The movie contains some pretty crazy scenes, including one where Belfort, unable to walk, crawls back to his car to try and prevent his business partner from incriminating himself on the telephone. This alone should have been enough for DiCaprio to receive the award for Best Actor, but this went to Matthew McConaughey for his role in Dallas Buyers Club.

It wouldn’t take too much longer though; DiCaprio finally picked up an Oscar for his role in The Revenant in 2016. 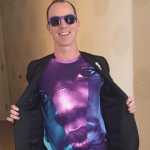