Expect the Grammys to look a little different when the Recording Academy announces nominations for its 61st annual awards on December 7th.

Back in June outgoing Recording Academy president/CEO Neil Portnow announced sweeping changes to the awards confirming record, album, song and best new artist categories will expand from five to eight nominees. These changes come after the latest telecast dropped a whopping 24 percent in the ratings, signaling the Grammys’ lowest ratings in nine years.

There are a number of popular acts seeking Grammy triumph while the Recording Academy pursues ratings gold. What can we expect next week? Lots of women nominated in top categories (hopefully). The Grammys only nominated one female act (Lorde) in Album of the Year last year with females traditionally underrepresented in the main categories and on the live broadcast (only two women won on last year’s show).

Brandi Carlile (“By the Way, I Forgive You”), Kacey Musgraves (“Golden Hour”) and Janelle Monáe (“Dirty Computer”) are just three of many critically-lauded females with albums in contention this year.

Carlile has been criminally overlooked for years, though she finally broke through three years ago in the Best Americana Album category for “The Firewatcher’s Daughter.” She could be one to watch, especially now with an expanded line-up.

Musgraves is hot off the heels of an Album of the Year win at last month’s Country Music Awards. She has previously won two Grammys in the country categories, but may find herself in contention for music’s highest honor with “Golden Hour.” Meanwhile Monáe, a six-time nominee, seeks her first Grammy win with “Dirty Computer.”

Beyoncé is back in the fold this year with her husband Jay-Z. The duo released “Everything is Love” and the album could net both performers their first Grammy for Album of the Year. Beyoncé is not done there. She will also likely contend for her collaboration with Ed Sheeran on his massive hit “Perfect.”

Pop mainstays P!nk (“Beautiful Trauma”) and Kelly Clarkson (“Meaning of Life”) are longer shots for big awards, but longevity and respect could garner one or both nominations in categories outside the pop categories. New albums from Florence + the Machine (“High as Hope”) and Sam Smith (“The Thrill of It All”) are also fighting for a spot in the top eight.

Likewise, Ariana Grande, who is setting the industry abuzz with her latest single “thank u, next” could contend big for her latest album “Sweetener.” While “thank u, next” will not be eligible until next year, the four-time nominee should expect love for her singles “No Tears Left to Cry” and “God is a Woman.”

Grande’s peers Camila Cabello (“Camila”) and Shawn Mendes (“Shawn Mendes”) have yet to receive any Grammy love, but that could change for Cabello who released the massive hit “Havana” this year.

Cardi B is one of the biggest breakout artists of the year, but don’t hold your breath on the rapper making the best new artist line-up as she and Post Malone were deemed ineligible. Still, expect Cardi B to run the gamut next week for her album “Invasion of Privacy.” Cardi is also featured on the Maroon 5 hit “Girls Like You,” which is well positioned for a few nominations, as well.

Best New Artist is up in the air with the exclusion of both Cardi and Post, so look for Dua Lipa to make a strike for the award after she is very likely nominated.

“Scorpion” smashed records with one billion streams in its first week of release. Drake is looking for his first Album of the Year Grammy. So far the rapper has won three Grammys out of 35 nominations. Drake could very well end up the most nominated artist this year with “Scorpion.”

Original movie soundtracks made a big comeback this year with the success of “Black Panther” and “The Greatest Showman” topping the charts. While it’s been more than 15 years since the last soundtrack was nominated (Grammy-winning “O Brother, Where Art Thou?”), “Black Panther” should assuredly contend with original songs from Grammy winner Kendrick Lamar.

Veteran acts such as U2 (“Songs of Experience”) and Paul McCartney (“Egypt Station”) are looking to make a big return this year, as is Beck (“Colors”), who won the top award in 2015 for “Morning Phase.”

Country favorite and Grammy winner Chris Stapleton is in contention this year for “From a Room: Volume Two” as is “Say Something” duet partner Justin Timberlake for his latest effort, “Man of the Woods.” Expect Stapleton to turn up quite a bit, while Timberlake is a longshot everywhere except for his duet with the country crooner.

Lastly, one cannot forget or count out Taylor Swift, who has previously won Album of the Year twice in 2010 and 2016. Swift is hoping third time’s the charm with her latest album “Reputation.” Grammy voters were cold toward her No. 1 hit “Look What You Made Me Do” last year snubbing it completely, but Swift should come back strong as single “Delicate” became the biggest radio hit off the album.

Nominations for the 61st annual Grammy Awards will be announced on Wednesday, December 5, while awards will be handed out live from the Staples Center Sunday, February 10 on CBS.

Record of the Year
“All the Stars” – Kendrick Lamar & SZA
“Girls Like You” – Maroon 5 (featuring Cardi B)
“God’s Plan” – Drake
“I Like It” – Cardi B, Bad Bunny & J. Balvin
“The Middle” – Zedd featuring Maren Morris and Grey
“Perfect Duet” (with Beyoncé) – Ed Sheeran
“Shallow” – Lady Gaga & Bradley Cooper
“This is America” – Childish Gambino

Album of the Year
Black Panther: The Album, Music From And Inspired By
Egypt Station – Paul McCartney
Everything is Love – The Carters
From a Room: Volume Two – Chris Stapleton
Golden Hour – Kacey Musgraves
Invasion of Privacy – Cardi B
Reputation – Taylor Swift
Scorpion – Drake

Song of the Year
“All the Stars” – Kendrick Lamar and SZA
“Delicate” – Taylor Swift
“Girls Like You” – Maroon 5 featuring Cardi B
“God’s Plan” – Drake
“I Like It” – Cardi B, Bad Bunny & J. Balvin
“No Tears Left to Cry” – Ariana Grande
“Shallow” – Lady Gaga & Bradley Cooper
“This is America” – Childish Gambino 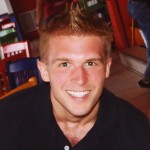 Matt is a pop culture connoisseur with a love for all entertainment, including but not limited to film, television and music. He has been obsessively awards watching since childhood. Matt is a former TV newser at ABC’s “Good Morning America” and previous contributor to Backstage Magazine. He is now based in Boston working in higher education. Follow him on Twitter at @mattybooz.