Let’s get this out of the way – I’m one of those freaks who saw Grease 2 first. I thought it was bad, but fun. I liked the “Reproduction” song and “Cool Rider.” And I thought Maxwell Caulfield was maybe the hottest person I had ever seen in a movie.

By the time I came around to seeing the film’s 1978 predecessor, I was going in all but certain I’d seen the crappy, lesser retread, and now I was going to experience “the real deal.” And I mean, Grease is good! It’s hard to deny those songs, and Travolta’s hip-swiveling alone has enough movie star wattage to light a small city. It’s, objectively speaking, a far superior film to Grease 2, but it also left me feeling… a little cold? Where was Cool Rider? Connie Stevens’ horny music appreciation teacher? I realized that they were created as riffs on the film I was currently watching. But nonetheless, I found them preferable to this entertaining but hollow, slickly polished but vanilla piece of artificially processed Camp before me. A mid-pandemic rewatch sealed the deal for me: Grease 2 is almost certainly not better, but it might get the whole Grease-ness of Grease more than the first one.

After all, this is the musical which began its life in 1971 Chicago in a scrappy, downtown production that attempted to mix the tropes of 1950s teen cinema like Rebel Without a Cause or East of Eden with the sounds and stylings of pop songs like “Leader of the Pack” and “Teen Angel.” These were works that transplanted the teenage experience into a mythic space, where hormones became life-blood and tragic car crashes led to T-shirt ripping explosions of emotion and mascara-stained eulogies.

When looked at through this lens, the 1978 film version feels less apropos an adaptation than its 1982 sequel, whose “I want” song centers on the desire for “a devil in fine silk leather” and whose climax concerns a psychosexual fantasy ballet in what can only be described as Biker Heaven. I can understand not everyone needing their Grease experience to be an operatic display of maximalism, but for me the choice seems easy, particularly when the original’s idea of full-throated fantasy is relegated to a flying car and a fairly problematic Cinderella arc about a young woman changing herself completely to please her Prince Charming.

That nonsense is solved almost completely by the gender reversal at the center of the sequel. Sure, there’s the same T-Birds and Pink Ladies, but this time Danny Zuko has been flipped to Pink Lady Stephanie Zinone, played by Michelle Pfeiffer in her first leading role, and the Sandy part is similarly switched to a British exchange student named Michael Carrigan, played by the aforementioned Maxwell Caulfield, who is indeed still the hottest person I’ve ever seen in a movie.

The types – slick gang leader and shy new kid in town – are similar, but the central relationship of Stephanie and Michael transcends the stock vibes of Danny and Sandy into something bizarrely subversive. Forty years later, it still feels refreshing to see Pfeiffer play Stephanie as a young woman so effortlessly cool: She not only chews gum while singing and wears her sunglasses inside at night, but proves herself simultaneously self-sufficient and in complete control over her sexual needs and desires. It’s equally satisfying to see the leading man be the one served up on a platter for the audience to ogle, climaxing with a leatherbound, bare-chested look that serves as this film’s female-and-gay-fantasy mirror image of Sandy’s “You’re the One That I Want” fit.

Sure, it’s ridiculous when passersby either ignore Michael’s dreamy good looks or remark that he’s merely “kinda cute.” But it’s also lowkey revolutionary to see someone so unmistakably Leading Man Gorgeous denied again and again by a woman who knows exactly what she wants, until she’s forced to explain her ideal partner.

“Cool Rider,” the number which serves as her explanation, is equal parts ode to “a dream on a mean machine with hell in his eyes,” dressing down (“I don’t want no ordinary boy comin’ on strong with me”), and spelling lesson (that’s “C-O-O-L, R-I-D-E-R”). Pfeiffer tears into each bit of it with pure movie-star gusto, to the point where her simple act of going up one side of a ladder and down the other becomes as profoundly meaningful as Charlton Heston parting the Red Sea.

But it’s how the number affects Michael that sends Grease 2 into the realm of the mythic. Because unlike every teen rom-com male lead before (or after) him, he neither mopes nor whines with Sadboy incel behavior, but instead devotes the rest of the movie to becoming exactly the man she described. And not in a creepy, stalker way, but in a pretty sexy, “Let me be your fantasy, I know it’ll make you happy” way. That means learning to ride a motorcycle and donning a costume that’s essentially T-1000 from Terminator 2, but hotter.

When Michael dons the drag of the signature Cool Rider to ward off a rival biker gang, Stephanie is infatuated, but has no idea it’s Michael and continues to mostly ignore him at school. It’s at this point that Grease 2 morphs before one’s eyes into a superhero movie where the hero’s goal is not to save the world, but to please Michelle Pfeiffer. He’s got a disguise, a Clark Kent-esque alter-ego, even a nuclear fallout shelter he uses as his own Fortress of Solitude. He barely speaks or sings for the rest of the movie. Instead, he literally Looks Hot and Takes Stephanie On Motorcycle Rides That She Loves. His one solo is a late-game ballad about whether or not his “charades” are making him lead a double life and sacrifice The Real Him, which is pretty much the central conflict of Spider-Man 2.

And as if his new title of Cool Rider wasn’t something straight out of the Shangri-Las’ songbook, his motorcycle mania leads to tragedy on the night of the school talent show, sending Stephanie into a sort of fugue state live on stage where she imagines riding bikes in heaven on a mountain of tires with Ghost Cool Rider, all the while bursting into an improvised emotional ballad about how “love will turn back the hands of time.”

If Grease 2 ended here and was about how a guy had to look hot and die so Michelle Pfeiffer could win the talent show, it would be a bona fide masterpiece. Alas, it continues for another fifteen or so minutes; everybody graduates, there’s a luau, yadda yadda yadda. Even still, when compared to the climax of the original Grease, the operatic saga we’ve experienced already calls to mind the late great Stephen Sondheim’s observation about the contrast between Rodgers and Hammerstein’s first and second collaborations: “Oklahoma! is about a picnic, Carousel is about life and death.” In this instance, Grease 2 is the Carousel.

And listen, it’s all stupid. It’s Grease! The point is that Grease 2 has the courage of its convictions to own its stupidity, whereas the original settles for mere Entertaining Cheese. Sure, the original has “Greased Lightnin’” and “Summer Nights” and “Born to Hand-Jive.” But it doesn’t have “Score Tonight,” certainly the best staged bowling-but-it’s-actually-about-sex number I’ve ever seen in a movie. It doesn’t have “Reproduction,” a sex-ed flash mob bop led by Tab Hunter that feels like an Airplane-style riff on Schoolhouse Rock. And it doesn’t have “Girl For All Seasons,” a Ziegfeld Follies-esque doo-wop setpiece about the calendar!

Sure, there’s the stuff that makes Grease 2 objectively worse: Didi Conn’s Frenchy inexplicably returns to high school for a chemistry credit to start her own cosmetics company; the T-Birds, obnoxious buffoons in the first, are somehow rendered even more annoying here; and the A-bomb bunker-set date rape song “Let’s Do It For Our Country” is an exercise in bad taste that feels cringe on arrival.

But the central thread is so audacious, so ridiculous, and so in line with Grease’s initial intent that it feels like it’s simultaneously the lesser film and better adaptation. The majority may remain hopelessly devoted to the original, but for the rest of us there’s this Epic Camp Fantasy of broads and bikers, sex and death, Michelle Pfeiffer and Maxwell Caulfield, still the hottest person I’ve ever seen in a movie.

As a wise person once said:

That’s the way it should be.”

Paramount Pictures released Grease 2 on June 11, 1982. It is currently available to stream on Starz and Hulu and to rent or buy on Prime Video or Amazon. 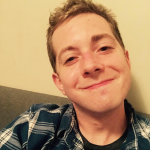 Nicole Ackman June 29, 2022
‘A League of Their Own’ at 30: Penny Marshall’s baseball classic remains an empowering and enduring example of sisterhood [Retrospective] 

Zofia Wijaszka June 28, 2022
‘Beware! The Blob’ at 50: The genre osmosis of the first and last film directed by Larry Hagman [Retrospective]