Out of an abundance of caution, common sense, and prudence, the global pandemic forced movie studios to delay dozens, if not hundreds, of films scheduled for release last year, including Antoine Fuqua (The Magnificent Seven, The Equalizer, Training Day) and Mark Wahlberg’s abortive franchise starter-wannabe, Infinite, a profoundly derivative, uninspired sci-fi/fantasy actioner that probably should have stayed in Paramount’s vaults for the foreseeable — and quite possibly, unforeseeable — future. Instead, Paramount semi-wisely decided to forego the potential risks and/or rewards of the multiplex experience altogether and premiere Infinite on its newly rebranded streaming service, Paramount+, where, if not else, it’ll survive in digital perpetuity.

We don’t meet Wahlberg’s furrow-browed, troubled, middle-aged character, Evan McCauley, right away, though. Infinite opens with an action-oriented set-piece, initially focusing on the previous possessor of McCauley’s immortal soul, Heinrich Treadway (Dylan O’Brien), as he careens around the unsafe streets of Mexico City in a red sports car of expensive vintage. While Treadway doesn’t survive the night (a foregone conclusion, not a spoiler), he manages to hide Infinite’s all-important MacGuffin, unimaginatively called the “Egg,” before a last-minute encounter with an old friend turned lives-long foe, Bathurst (Rupert Friend), ends with Treadway’s predictable demise and the inevitable flash-forward to a sweaty, startled McCauley awakening from another borderline nightmare.

For McCauley, diagnosed as schizophrenic at an early age and medicated heavily ever since, the dreams of past lives are just that: Dreams, not memories of previous lives or previous realities. The constant intrusion of those dream-memories, psychiatric treatment/meds, and anger management issues leaves McCauley jobless and facing homelessness. McCauley’s slice-and-dice encounter with an ethnically stereotypically gang ends with McCauley in police custody and his reincarnated foe, Bathurst (Chiwetel Ejiofor, sporting a bald pate and impressive beard to underline his character’s comic-book-level villainy), on his trail, eager to interrogate the newly found McCauley about the location of the Egg, a unique object created under Bathurst’s guidance decades ago to end all life — and with it, the possibility of reincarnation — in the world.

Somehow, Bathurst has formed a group of “Infinites” like himself with a similarly negative view of humankind and reincarnation, dubbed them “Nihilists,” and gone about the business of collecting the souls of non-Nihilists, the clumsily self-described “Believers,” in digital form, thus preventing them from being reborn into new bodies. With only 500 Infinites in existence and Bathurst’s relentless hunting of Believers stretching back decades, the Believers are losing a war no else knows about, leaving the metaphorical door for a “One” or “Chosen One” to step into the breach and save the remaining Believers and the world, but not before going through at least an hour’s worth of exposition/info dumps, training-by-montage, and the obligatory setbacks before the not unexpected one-on-one duel between Bathurst and McCauley.

So far, so unoriginal. Infinite freely draws on myriad cinematic and literary influences, from Joseph Campbell’s “Hero of a Thousand Faces” (itself a seminal influence on George Lucas and Star Wars), through Highlander, The Matrix, Wanted, and countless, forgettable imitators. Another Believer, Nora Brightman (Sophie Cookson), serves as McCauley’s guide, mentor, and non-romantic interest stretching back equally countless lives. With McCauley, the rare Infinite with fragmented, incomplete memories, most of Infinite’s running time turns on McCauley recovering said fragmented, incomplete memories, especially, but not limited to, the location of the all-important Egg (except when it’s casually forgotten for long stretches of time). That leads to obligatory, Bourne– or Bond-style globetrotting, a brief respite at the Believers’ super-secret base in Cambodia, and later, a last-ditch, potentially fatal “mental reboot” of McCauley’s memories before Bathurst and his followers close in.

Shocking (no, not really) for a millennia-old, super-secret organization, the Believers don’t put much stock in security protocols or even in defending themselves against potential assaults by the Nihilists. Bathurst, his motives and intentions are widely known, strolls into an office, a base, or a lair of a Believer(s) with minimal effort or loss of Nihilist life. The Believers’ inexplicably casual behavior has less to do, of course, with a temporary drop in their collective IQs whenever Bathurst stops by for a chat-and-torture session than a haphazardly, lazily written screenplay credited to Ian Shorr (Office Uprising, Splinter) from a story written by Todd Stein (2:22) and loosely based on D. Eric Maikranz’s novel, “The Reincarnationist Papers.” Characters shed IQ points (“idiot plotting” to borrow the late Roger Ebert’s phrase) as needed to get Bathurst closer to his goals while McCauley continues to make narrow escapes.

Idiot plotting can be forgiven from time to time, but only if it’s used sparingly and only if the remainder of the film somehow makes up for it. Sadly, Infinite doesn’t. Fuqua shoots and edits the action scenes like a man indifferent to the task at hand, eager to collect a paycheck while waiting on his next, better-scripted project. With a listless, bored Wahlberg sleepwalking through an underwritten role (he’s no Tom Cruise and Infinite is no Mission: Impossible) —made all the worse by intermittent voiceover narration that over- or re-explains Infinite’s relatively simple ground rules — and with one exception, Chiwetel Ejiofor’s scenery-chewing immortal madman, a professionally minded cast forced to deliver reams of exposition-laden dialogue with po-faced seriousness, oddly inert, flaccid action scenes, Infinite’s future as disposable, streaming content seems all but guaranteed.

Infinite is available to stream via Paramount+. 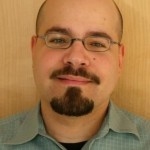 Mel Valentin hails from the great state of California by way of New Jersey and New York. His passion for all things cinema began at the age of three when he caught “King Kong” (1933) in the original Spanish. His work has appeared in numerous, mostly defunct online publications.