One of this year’s most acclaimed foreign films is Another Round, a Golden Globe nominee and Denmark’s shortlisted Oscar submission for Best International Feature. Mads Mikkelsen stars as a high school teacher who undertakes a risky experiment with a few colleagues to be in a constant state of drunkenness, to elevate their appreciation of the world around them. I had the chance to speak with director Thomas Vinterberg about the film’s universality, collaborating with Mikkelsen, and some of his favorite films from this past year.

Abe Friedtanzer: What was the inspiration for this project?

Thomas Vinterberg: Well, when we started, we wanted to make an investigation of alcohol, for good and for worse. To begin with, actually mostly for good, but very quickly realized that we wanted to make a movie about more than that. Spirit means more than just alcohol. It’s embedded in the word inspiration. We suddenly found ourselves making a movie about being inspired by life, or in the case of these four men, being uninspired by life and trying to reignite themselves.

Have you received any criticism or feedback that the film glorifies drinking to excess?

Not once, actually. It might be out there, without my knowledge. But it’s surprisingly non-provocative, the film. We’ve tested it here, in Denmark, and people are being given adjectives that they can pick. Good, bad, great, disgusting, provocative, or moving. In this case, a lot of people say moving. We’re splitting the difference – you never want it to be moralistic and you never want it to provoke people. You want it to investigate.

This film won top honors at the European Film Awards and is now considered a frontrunner for the Oscar for Best International Feature. Do you believe there is anything distinctly European or even Scandinavian about the story, or could it also take place in America?

It appears to me that everyone has a relationship, either tragic or different, with alcohol, that they want to talk about. It’s been around for thousands of years and affected a lot of people in all sorts of different directions. It helped Churchill make decisions about sending hundreds of thousands of civilians into war, which was a completely irrational decision, probably made when he was not sober, and it has also destroyed families. This is a thing that everyone wants to discuss, I guess, but also the fact that this film is celebrating life and is reaching out to a whole planet of people living in confinement, and bankruptcy, with people who are actually embracing, drinking from the same bottle, and dancing in the streets, is probably something that helps propel this film out to all these countries that it is now meeting, America included.

Some have suggested this film is a comedy. How do you feel about that?

I don’t know what it is, really. It does dance between genres. It’s sort of an untamable beast, this one. It has different directions. When I tried to curate it and discipline it and structure it, which I always do when I make movies, I kind of killed it a little bit. It had to be untamable and wild in a different direction. The script had to be drunk somehow. Whether it’s a comedy or a drama that is fun, I don’t know. What do you think? In Denmark, we call it a drama. But people are supposed to laugh.

Speaking of dance, I’d love to talk more about jazz ballet and the motivation for including that unexpected piece of the film that also makes for a very memorable final scene.

I wrote this film for Mads Mikkelsen, and he was game from the get-go. He didn’t even need to see a script. So I knew from the beginning of writing this that we were dealing with a fantastic actor, a brilliant actor, and great friend of mine, but also a dancer. He was a professional dancer for nine years. Making a movie about four heavy men having lost inspiration and yearning for that weightlessness of being young and slightly drunk, and in love with life and with life ahead of you, was such a great opportunity for him to dance at the end. To have a cathartic moment with him dancing. We were always cautious with this. Obviously it’s a bit of a stretch to have a schoolteacher ending in a dance. We wanted it from the beginning and we worked hard to make it work by preparing it throughout the script and throughout the film. Making the scene was a fantastic moment. It was the kind of situation where families would arrive to see a day of shooting. It was all very celebratory. Mads did the whole thing himself and it was beautiful.

You worked with Mads before on The Hunt, which is a darker tale and a more sober performance. Did you know you wanted him for this role?

I always wanted to do this with Mads. He’s such a brilliant, fine-tuned, extraordinarily great actor to work with. The way he portrays the vulnerability of this character is heartbreaking, but still he can be fun and he can be tragic, and he can dance and play drunk. There’s a lot on his plate. I’m really challenging all four of them and him in particular. In this film, there’s the choir, the three guys being funny around him and talking a lot, and the breaks with the silence with Mads without talking. He has to tell stories without saying lines. That’s where his precision comes in. We know each other really well. He lives very close by. We go to the gym together. Our wives know each other. There’s also a common understanding of things, and a mutual faith in the other. Knowing each other that well makes it possible to come a bit further.

This is one of the best films of the year – what are some of the others that have really impressed you?

Well, I’ve seen the films in my category, which I was really impressed by. I watched La Llorona the other day and I was amazed by it. I watched things outside of my category too, like Sofia Coppola’s fantastic movie, On the Rocks, which I thought was brilliant. I watched The Father with Hopkins, which was tearing me apart, also for private reasons. There were some similar themes going on in that film and in my life. I believe I’ve seen a lot of great movies this year. If we talk about the Oscar race, I feel that I’m in very strong competition.

Well, I’m not sure [laughter]. It would be great if it was all trash, you know? Just kidding. Hope (from Norway) is one of the films I forgot to mention. I was really impressed by Maria’s work in that. We were classmates – I don’t know if you know that. We went to film school together. I thought she did a brilliant film.

What’s next for you? Do you have another project lined up?

I do. I’m writing a TV series, which I’m enjoying a lot. And I’m reading a lot of scripts. I’m probably going to shoot my TV series, but right now it’s not decided. It seems like, when I dig into my own backyard and make it very specific and very Danish and very much me, that’s where the world starts to pay attention.

I look forward to seeing it! Good luck with this film and your future projects.

Another Round is available to watch on VOD platforms from Samuel Goldwyn Films.

Ryan McQuade September 30, 2022
‘Blonde’ cinematographer Chayse Irvin on deconstructing Marilyn Monroe, art vs. consumption and having to say no to Beyoncé

‘Blonde’ cinematographer Chayse Irvin on deconstructing Marilyn Monroe, art vs. consumption and having to say no to Beyoncé

Adam Solomons September 27, 2022
Interview: David Farrier on the five-year challenge of ‘Mister Organ,’ obsession and madness, and having to change his locks

Interview: David Farrier on the five-year challenge of ‘Mister Organ,’ obsession and madness, and having to change his locks 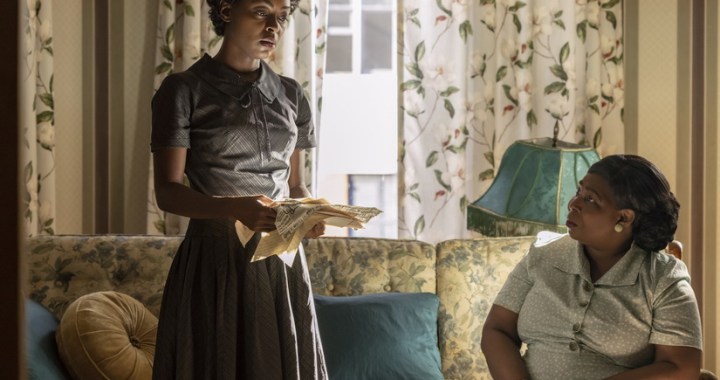 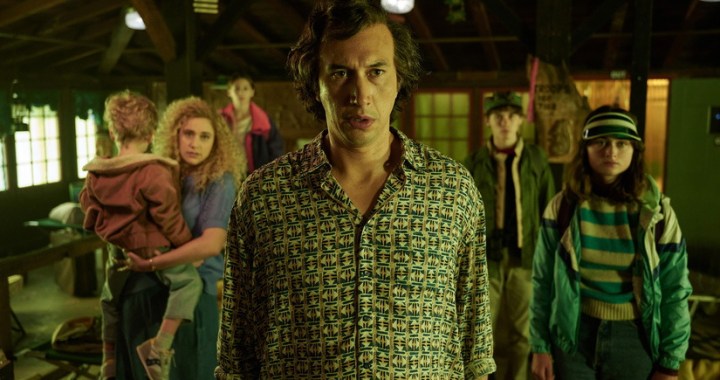