Since the Best Picture lineup was expanded to include more than 5 films four years ago, we have seen a couple of different scenarios: in 2010 and 2012, films rode awards buzz and their general good word-of-mouth to achieve some of the most impressive box office runs in the past decade, while for 2009 and 2011, the race generated relatively small impact on the total gross due to one reason or another. How will this year shape up to be? Let’s first take a look at contenders that are already released.

Candidates from the first 9 months of the year, ranked by their expected final domestic totals:

Rush could potentially finish behind Blue Jasmine due to a low internal multiplier for its first weekend in wide release and strong competition in the next couple of weeks. Either way, we are not looking at a list with major blockbusters like 2009 (Up, Inglourious Basterds, District 9) or 2010 (Toy Story 3 and Inception). Instead, it has very much the 2011 feel, just on a little smaller box office scale. That year we had a leggy August breakout in The Help, a late September contender in Moneyball, another Woody Allen film in Midnight in Paris, and a Memorial Weekend critical darling in The Tree of Life. 2011 also had the worst set of box office performers for its Best Picture lineup by far, with an average gross of $69.8m. So with contenders from the first 9 months not looking strong, will we see a resurgence in the last quarter as we saw in 2012, where 8 of the nine nominees were released post Oct 1st and 7 reached $95m+? Let’s start with the films most likely to get to the $100m mark, and the candidates are taken from this excellent list.

To me The Wolf of Wall Street is the most likely one to reach $100m from the remaining contenders. It may not have as high a ceiling as Gravity does, but it possesses fewer unknowns due to the track record of Scorsese-Dicaprio collaborations. Their last three efforts – Shutter Island, The Departed, and The Aviator – all earned over $100m, while Gangs of New York would have adjusted to $106m total today. Dicaprio himself is on a good roll as well, with both The Great Gatsby and Django Unchained earning over $140m in the last 10 months. Two-week before Thanksgiving is a fine release date, and the film will serve as a good counterprogramming to Catching Fire on its sophomore frame. Unless it receives terrible reviews, a unlikely scenario, its box office prospect is rock solid.

Even with its superlative reviews, I was not as confident in Gravity until this week. Cuaron was not a household name director, and while Sandra Bullock is a draw, how much she adds to a sci-fi film was a question. However, Warner Bros has done an excellent job marketing the movie and created an event-like feel, and this is one film that will benefit hugely from IMAX and 3D. Real Steel opened to $27.3m on the same weekend without the 3D help, so $40m looks achievable here with the latest buzz. Long term, I expect the word-of-mouth and holding power of IMAX will help overcome its natural frontloadedness to achieve a good overall multiplier.

David Russell + Bradley Cooper + Jennifer Lawrence = Silver Linings Playbook = $132m; David Russell + Christian Bale = The Fighter = $93.6m; Lawrence herself would be coming off two Hunger Games movies and a Best Actress win. There is hardly anything to not like about the prospect of American Hustle. Among all December contenders, this definitely has the biggest potential, as long as Russell delivers again.

If American Hustle has the biggest box office potential from December releases, Saving Mr. Banks is not far behind. There should be carryover buzz for Tom Hanks from his performance in Captain Phillips (which we will discuss below). It is about Walt Disney and has of course Disney behind it. By going wide on the weekend before Christmas, it won’t achieve a big opening but will take full advantage of two weeks of holiday gross. Charlie Wilson’s War would adjust to $77m total today, and this has by far more positives.

Yes, Twelve Years a Slave does face multiple obstacles on the box office front: 1) it is a tough film to watch, and people may not enthusiastically recommend to friends even when they believe the film itself is great; 2) over the past 20 years, the only Best Picture nominees released in October that made over $100m are Argo, The Departed, and Pulp Fiction, and all three went wide right away, while 12 Years will be a platform release; 3) there are star powers in the cast, but none is really a draw outside Brad Pitt. On the other hand, it is the early Best Picture frontrunner and will absorb all the benefits of being on the awards headlines. Brokeback Mountain was not necessarily an easier sell, and it grossed $83m on those strengths 8 years ago. Schindler’s List is another example, although it did have Spielberg at the peak of his box office draw with Jurassic Park dominating that summer. I would also point at American Beauty, a Best Picture winner released in September that made $130m. There are precedences for a breakout performance.

In the next part, I will discuss the rest of contenders and answer some of the questions here: Could Alexander Payne continue his box office success with Nebraska? Will Inside Llewyn Davis behave more like A Serious Man or No Country for Old Men? How will Blue Is the Warmest Color fare comparing to last year’s Cannes winner Amour and fellow NC-17 rated films Shame and Lust, Caution? 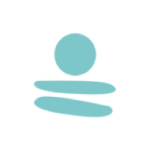