A few weeks ago I was talking to my boyfriend and he was trying to remember the name of a hormone the brain releases that makes you happy. Without hesitation, I said, “Exercise gives you endorphins. Endorphins make you happy. Happy people just don’t shoot their husbands.” He looked at me quizzically. “They just don’t,” I smiled, shook my head at his lack of recognition, and muttered, “it’s Legally Blonde.”

It’s been 20 years since the release of the Reese Witherspoon-led romantic comedy and I still feel comfortable using Legally Blonde jargon in everyday life. 20 years and I still know every lyric to Hoku’s “Perfect Day,” the peppy banger that felt like the perfect original motion picture soundtrack successor to Jill Sobule’s “Supermodel” that appeared in Clueless, another SoCal cultural gem. It’s been two decades and I still treasure the original Legally Blonde DVD that I bought with the HMV voucher I’d received from a friend on my 13th birthday. It was the first DVD I had ever bought and I was honestly impressed that it didn’t skip when I watched it recently considering the sheer number of times I’ve flung it in the player to reenter the world of Elle Woods.

We Millennials were spoilt for choice in the early ‘00s when it came to female-led romantic romps; 2001 saw the release of Bridget Jones’s Diary, The Princess Diaries, and Heartbreakers but Legally Blonde stood out from the pack, for me at least over the years, because of its unflinching message of female solidarity and empowerment that made clear brains and beauty are not mutually exclusive concepts. As a 13-year-old, mixed-race kid who was more at home on a basketball court than in a beauty salon, Elle Woods was an aspirational figure. At first, I wanted to be her because of her blonde hair and blue eyes but as I got older and more accepting of my brown curly hair, brown eyes, and light brown skin, I realized my adoration for Elle was less about her looks and more about the way she carried herself.

Co-writers Karen McCullah and Kirsten Smith had previously incorporated a “Riot Grrl” sense of empowerment into their 1999 hit 10 Things I Hate About You but entered the 21st century by showcasing a brand of feminism that said it’s okay for women to be the smartest people in the room and care about what happened on last week’s Days of Our Lives. That just because you have a recurring reservation in your local manicurist’s chair it doesn’t mean you can’t throw down some serious facts about perm maintenance to win a legal case. Legally Blonde is a film that makes clear that women do not have to dispense with traditional markers of femininity in order to succeed, in fact, women do not have to change themselves at all. They just need to believe in themselves, in their worth and value, and how much pink they wear on the outside doesn’t change who they are on the inside.

Of course, Elle has the benefit of being an overprivileged, straight white girl who has been afforded far more freedom and opportunity than most women her age, or any age for that matter. But that background reinforced a can-do attitude in the face of adversity that we could all take note of. It’s why Elle, after being dumped by boyfriend Warner for not being “serious” enough to marry, quickly turns her frown upside down and makes a plan to win him back. Rather than trying to seduce him with her beauty, however, she tries to seduce him with her brains by getting into the same law school as him but soon after arrival, she becomes more interested in proving her smarts and earning one of the spots in a coveted internship with one of her professors. With a history of girls being taught to believe they are not as brainy as boys, taught to minimize their intelligence in order to appear more attractive to the opposite sex, Legally Blonde was a refreshingly bold counterargument to that oppressive narrative. It was somewhat the opposite of 1999‘s She’s All That where the outcast Laney Boggs had to be beautified in order to be accepted into her high school’s social order. Elle doesn’t have to have a makeover in order to be accepted; ultimately it is by being herself, being positive, open-hearted, and surrounding herself with loyal female friends and role models that she proves victorious.

In fact, the film takes the stereotypically vapid female spaces of a sorority and a nail salon and reframes them as sources of strength, comfort, and support when Elle needs it most. The latter environment is where the law student benefits the most from female influences in the form of Jennifer Coolidge’s sympathetic Paulette and later Holland Taylor’s assertive Professor Stromwell. “If you’re going to let one stupid prick ruin your life,” Stromwell tells a despairing Elle after she has been sexually harassed by her male professor. “You’re not the girl I thought you were.”

Elle might have begun her Harvard journey envisioning a future with a man not worthy of her, but it ends with her securing her own future instead. I remember revisiting Legally Blonde after being dumped by my boyfriend during my final year of university. Like Elle, I was devastated and for several months I thought about staying on an extra year to do a Masters’ Degree in English while he was completing his Physics course. Maybe we would get back together! But Legally Blonde reminded me that my life did not need to revolve around a boy. That I had things I wanted to achieve beyond a romantic relationship and so I took a year out, applied to journalism school instead, and the rest, as they say, is history.

Legally Blonde is a timeless celebration of female friendships, female empowerment, and embracing femininity on our own terms. It’s an iconic reminder that we need not box ourselves into the patriarchal roles set for women or let romantic attachments define who we are, rather that we have the confidence and self-worth to determine ourselves and our goals instead. Whether you’re a blonde bombshell from Beverly Hills or a brown girl from Doncaster, only you should be the architect of your destiny, and you can wear as much pink, orange, or black as you see fit.

As Elle says in her valedictorian speech at the movie’s end: “It is with passion, courage of conviction, and strong sense of self that we take our next steps into the world, remembering that first impressions are not always correct.

Bend and snaps to that.

MGM premiered Legally Blonde on July 13, 2001. It is currently available to stream on Netflix and rent wherever you stream movies. 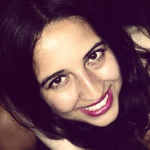 Hanna Flint is a London-based film and TV critic, journalist and co-host of the Fade To Black podcast.

Matt St. Clair June 23, 2022
‘Beware! The Blob’ at 50: The genre osmosis of the first and last film directed by Larry Hagman [Retrospective]