Something I’ve learned through my years of devouring movies is that when it comes to bigger blockbusters, always have your expectations set somewhat low. This has never been truer than with the Marvel Cinematic Universe, a franchise that I have had quite the tumultuous relationship with over the years. There have been good times and bum times, I’ve seen them all and I’m still here – and tonight brought the opportunity to watch Avengers: Endgame, the final film of this phase of the MCU, and what many are already considering the apex of the franchise. To say I was reluctant to watch this film is an understatement – not only was it the biggest project Marvel has undertaken since the inception of its cinematic universe, it was also one built on being the final chapter that brings everything together – and proudly flaunting its runtime of being over three hours in length (it could’ve very easily been categorized alongside its slightly misguided predecessor, the film I lovingly refer to as Avengers: Goes-on-for-Infinity War), as well as demonstrating its grandiose scope. There were two different ways this film could’ve turned out – it could’ve been an excessive disaster that had very little merit other than bringing an end to this generation of Avengers, or a towering masterwork that evokes everything we love about the MCU.

I am ecstatic to say the latter to be true, confirming that Avengers: Endgame is truly a terrific and marvelous conclusion to a cinematic odyssey that has taken audiences across the world, into other dimensions and through different time periods. It wouldn’t be entirely incorrect for the hesitant viewer to enter this film with some heightened apprehensions – I was one of them without any doubt, and I was nervous to expose myself to perhaps the most overconfident superhero film produced in the past decade. Yet, this film is truly breathtaking and utilizes every iota of its audacity, and speaking from the perspective of someone who has only been a casual fan of the MCU and its nearly two dozen offerings over the years (I have adored a fair few, and abhorred about the same amount), this isn’t a film strictly made for the hardcore fans, but for everyone who has found themselves captivated by these stories, whether in film, on television or through the groundbreaking comic books that served as the catalyst for this, something quite extraordinary.

Unlike the film, it’s better to keep this short (and spoiler-free): there are a few elements of Avengers: Endgame that make it such a tremendous film. First of all, it seems to provide reparations for the sins of some of the MCU’s more misguided works, which did have their charms, but ultimately fell victim to some fault or another – whether it be lacking in character development, being too concerned with special effects and action sequences or just not being nearly captivating enough, there have been some real clunkers produced by Marvel. Luckily none of them disastrous enough to have any significant effect on the franchise as a whole, but also not good enough to reach the heights of the studio’s greatest works – because even the most steadfast detractors can’t deny that when Marvel hits, it knocks it straight out of the park. Avengers: Endgame feels essentially like the finale that every viewer has been patiently waiting for since seeing the arid desert landscape in the opening shot to Iron Man in 2008, the beginning of an unforgettable franchise. Perhaps what elevates this film from simply being the concluding chapter and takes it to the level of truly being special is that this is the film that the memorable characters in the MCU merit, and more importantly, the film audiences deserve.

Avengers: Endgame operates on two different levels – it exists to end the current phase in the Marvel Cinematic Universe and to set up the following phase with an all new set of heroes, but it also is a film very much aware of what came before it, and a large portion of this film is unsurprisingly dedicated to looking back on how far the MCU has come. In many ways, Avengers: Endgame is the culmination of over a decade’s worth of films, essentially being over twenty films packaged into one, with archival footage of previous instalments peppered elegantly throughout, allowing for fascinating juxtaposition that allows us to look at Avengers: Endgame not only as the end, but as the start of something new, with the beginning defining the end. We are living in the Age of Nostalgia, where every studio is trying to cash in on this generation’s desire to revisit the past and be reminded of the “good old days” – and while most of not as successful as they purport to be, Avengers: Endgame is built entirely out of meaningful ruminations on the past – we see these characters that we have grown to love over the past decade interacting with newcomers that will take on the dominant roles going forward. Seeing veterans and new recruits alongside each other also serves as a reminder that Avengers: Endgame is not only a melancholy farewell to a class of superheroes that have been with us for a while, but a coronation for the next generation, who will doubtlessly go on to make just as much of an impact as their departing forerunners. There’s a gorgeous scene towards the end of the film, where we see dozens of characters from previous MCU films alongside each other. The details of the scene are inconsequential (and very spoiler-heavy), but this film concluding by weaving through the past, present and future of the MCU gives me hope that the franchise is only going to go from strength to strength from here. Here’s hoping it will, at least.

Yet, putting aside the nostalgia, Avengers: Endgame is a great film even if we consider it on its own. Despite its running time, it never felt overstuffed or unnecessarily long – every moment was carefully selected for its importance in the story. The biggest apprehension I had going into Avengers: Endgame was that it would be, to quote one of Ebert’s most famous criticisms “a horrible experience of unbearable length” – and I have not been happier to be proven wrong. It keeps the action to a reasonable amount, with the film mainly being character-based, not necessarily being solely focused on the external conflict, but also on the inner quandaries these characters are experiencing. Avengers: Endgame atones for the shortcomings of the previous instalment and proves that those flaws were not nearly as bad as they initially appeared, but rather strategically constructed in order to allow for the emotional payoff contained within this film. Marvel has always been are the forefront of creating interesting, fully-dimensional and well-crafted characters, and it has never been better than in Avengers: Endgame, where everyone, whether they are central to the plot or merely just a cameo, has their moment that contributes to the overall success of the film, and considering the size of the cast, that’s quite an achievement.

Avengers: Endgame is a roaring success, and it is precisely because it understands what audiences want – superficial action sequences and flashy special effects have their place, but so does meaningful storytelling, and a plot that pulls together a decade worth of narrative into one coherent and often extremely touching story deserves kudos. Yet despite some triumphant moments, this is not merely fan service – the emotion in Avengers: Endgame is genuine – there isn’t a moment of inauthentic sympathy or saccharine manipulation anywhere to be found in this film. Rather, we are given a concluding chapter that allows us to bid farewell to a group of characters many have become attached to, and like any real departure, it can tug on the heartstrings. Ultimately, Avengers: Endgame succeeds because it embodies everything we love about Marvel, and whether you’re a hardcore fan or a casual viewer, it is tough to resist the heartful, authentic charms of this film, and how poetic that one of the last films featuring most of these iconic characters is perhaps the very best? Oh, and this film also has Tilda Swinton, in case you needed a further reason to watch it. 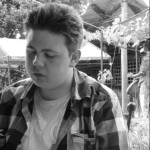 Catherine Springer January 22, 2022
Sundance Review: Jesse Eisenberg’s directorial debut ‘When You Finish Saving the World’ meanders too much for its own good [Grade: C]

Sundance Review: Jesse Eisenberg’s directorial debut ‘When You Finish Saving the World’ meanders too much for its own good [Grade: C]

Frontrunner Friday Oscar Predictions (1/21/22): The calm before the storm

Erik Anderson January 21, 2022
Sundance Review: ‘The Princess’ treads a well-worn path but shows that, for better or worse, we’re still not over Diana’s death [Grade: B]

Sundance Review: ‘The Princess’ treads a well-worn path but shows that, for better or worse, we’re still not over Diana’s death [Grade: B]

Catherine Springer January 21, 2022
Sundance Review: ‘Emergency’ is both a wildly funny and soberingly dramatic look at one night of being Black in America [Grade: B+]

Sundance Review: ‘Emergency’ is both a wildly funny and soberingly dramatic look at one night of being Black in America [Grade: B+]