Hot off the combined success of Avengers: Endgame, WandaVision, and What If? Marvel certainly had no shortage of characters to draw from for its next blockbuster superhero flick, Doctor Strange in the Multiverse of Madness. Though the middle-of-the-road first film and mind-bogglingly large cast didn’t initially inspire confidence that Doctor Strange would be able to chew as much as it bit off, a powerhouse performance from Elizabeth Olsen in conjunction with Sam Raimi’s signature (and sorely missed) macabre sensibilities combined to help make Doctor Strange in the Multiverse of Madness one of the MCU’s most self-assured and compelling films to date.

Taking place in the wake of the events of Wandavision, where Wanda Maximoff (Elizabeth Olsen) enslaved an entire town with her magic in an attempt to create an idyllic family life for herself, Doctor Strange in the Multiverse of Madness follows Stephen Strange (Benedict Cumberbatch) as he attempts to prevent Wanda from destroying the multiverse in her quest to build the perfect family. The key to her plan is newcomer America Chavez (Xochitl Gomez) a young woman with the ability to punch star-shaped holes in reality that create portals to alternate universes. Wanda plans to steal America’s power and create her own perfect reality – and Strange sets out to stop her, with the help of newly-minted sorcerer supreme Wong (Benedict Wong) and an alternate universe Christine Palmer (Rachel McAdams).

Doctor Strange in the Multiverse of Madness sits at an interesting junction in the MCU, with regards to the fact that it contains virtually no ‘original’ or ‘big name’ Marvel characters that would previously be expected to carry a film – without the likes of the original six avengers, or a massive name like Spider-Man, Doctor Strange feels semi-detached from the thematic identity of the MCU – but in that detachment lies the opportunity for director Sam Raimi to fully lean into his deliciously twisted filmmaking tendencies to craft a film that satisfies both MCU die-hards and fans looking for a taste of his signature brutality in a new and dazzling fashion.

One of the film’s most significant challenges was the enormous task of juggling the might of the multiverse and all the characters it entails – when you have a narrative excuse to write quite literally any superhero into your film, it’s difficult to know when you’ve gone overboard. Multiverse of Madness certainly has no shortage of alternate-reality heroes that are sure to get fans excited: Captain Carter (Hayley Atwell) Maria Rambeau/Captain Marvel (Lashana Lynch), and Patrick Stewart at long last joining the MCU, reprising his iconic role as Professor Charles Xavier. However, the film also includes a number of surprise multiversal heroes that weren’t in the trailer including the highly-speculated John Krasinski as Reed Richards, and Anson Mount as Black Bolt, reprising his role from the often maligned Inhumans tv series.

It’s easy to picture Multiverse of Madness becoming quickly overwhelmed by the possibilities of all the characters it could introduce, but Raimi opts for a different route – utilizing all the aforementioned heroes for one single, utterly brutal fight scene with Scarlet Witch that sets the standard for action sequences in the MCU moving forward. Wanda’s battle with the Illuminati council is as unexpected as it is gory – a significant tonal shift from typical MCU fare, but a welcome flare of personality from veteran director/horror icon Sam Raimi.

The Illuminati battle isn’t the film’s only memorable fight scene, either – Raimi crafts yet another instantly iconic sequence in a Doctor Strange-doppelganger battle that makes inventive use of the visual flare of Strange’s mystical powers, working in conjunction with legendary composer Danny Elfman to create a musical battle for the ages. Elfman’s score works in beautiful harmony (no pun intended) with Raimi’s more visceral take on visual storytelling – the sharp strings and horror-infused score perfectly offset the frequent zooms and POV shots that have come to be Raimi’s signature.

When it comes to Doctor Strange himself, Benedict Cumberbatch continues to turn out a strong performance as master of the mystic arts – and this go around, is given the chance to more thoroughly flex his dramatic muscles through introspective character moments, and his more well fleshed out interpersonal relationships with both love interest Christine and could-be protege America. Cumberbatch’s talent as an actor has never been in question – the issue with his time as Strange is the way MCU scripts tend to limit his range as a performer, but Multiverse of Madness seems to recognize this tendency and take deliberate steps to give Cumberbatch more room to simply do what he does best.

While Cumberbatch is certainly no slouch, the film’s runaway MVP is without question Elizabeth Olsen as the grief-stricken Wanda Maximoff, whose quest for happiness drives her insane – fully transforming into the Scarlet Witch. Though WandaVision may have introduced audiences to her capabilities as a dramatic actress, her turn in Multiverse of Madness cements her as one of the MCU’s most impressive actors. There’s a constant manic desperation in her eyes and a full-body physicality in Olsen’s performance that sell Wanda’s simultaneous insanity and heartbreak – she makes for a captivating performer and an undeniable scene-stealer whenever she pops up to wreak havoc.

Though Doctor Strange’s name may be on the marquee, Multiverse of Madness also feels like Wanda’s movie – the film is a satisfying conclusion to her personal journey that began in Age of Ultron and has continued all the way through Wandavision – with Multiverse acting as the epic final act in her tragedy of Shakesperian proportions. While some fans may not be happy with where the film leaves Wanda, Raimi crafts a tender, devastating resolution to her grief-driven rampage, and his script in conjunction with Olsen’s performance (and supporting turns from Julian Hilliard and Jett Klyne as her sons Billy and Tommy) make the conclusion to Wanda’s story one of the most compelling arcs the MCU has ever seen.

From the franchise-best fight scenes to the genre-bending dips into horror and topped off by a showstopping performance from Elizabeth Olsen, Doctor Strange in the Multiverse of Madness is Marvel in its strongest form – firing on all cylinders thanks to the return of Sam Raimi to the director’s chair. Whether you’re a casual fan or a diehard MCU stan, Multiverse of Madness is a mind-bending multiversal adventure that marks a new high for Marvel Studios.

Walt Disney/Marvel will release Doctor Strange in the Multiverse of Madness only in theaters on May 6. 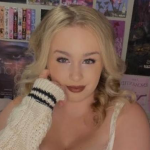