There’s an excellent chance that by the time you read this, I will be 40 years old. People think I’m younger, or young-adjacent, because of my queer powers and because being chubby makes my face look less worn, and because I make a ritual sacrifice of six starfish on the beach every month. It’s unclear to me whether it’s insulting or a compliment when people can’t believe I’m nearly forty – is it because of my dewy, Mediterranean skin or because you just watched me interact with the world for like 90 seconds, probably wearing a hoodie?

You see, it’s the nooks and crannies within generational divides that make all the difference when it comes to pop culture. Hercules is not my favorite Disney movie because I was 17 when it came out, not eight like The Little Mermaid. Jennifer Garner isn’t Love Simon’s mom or an Instagram Mom or even Ben Affleck’s ex-wife; She is first, and foremost, agent Sydney Bristow. And I have only ever experienced Demi Lovato as a singer and a pop star.

As much as I haven’t engaged with it personally, her Disney child star roots are hard to ignore as they have been foundational in her well-publicized struggles with addiction, mental health, and body dysmorphia. Those struggles, particularly her drug problem, which led to three strokes and a heart attack, are the basis of the docuseries Demi Lovato: Dancing with the Devil, which had its premiere at the SXSW festival and will premiere on YouTube on March 23, 2021.

For many people, Demi Lovato is still a Disney star-turned singer. I’ve never seen Sonny with a Chance of Meatballs or Camp Jonas or whatever her Disney bona fides are. To me, she’s simply one of the most significant vocalists of her generation, a singer equally adept at producing bops as she is breaking your heart.

You can listen along on Spotify, but without further ado, here are the 30 Best Demi Lovato Songs, Ever:

Anyone’s world premiere was at the 62nd Annual Grammys in 2020, her first live performance since her overdose in 2018 (shortly after the release of her previous single, Sober, where she sang about her relapse). The song, in any capacity, is beautifully composed and sung, but the performance at the Grammys is one for the history books.

I am actively concerned that included this Glee cover is technically a crime. But they give Demi the money note, which a) must’ve driven Lea Michele to the brink of madness and b) is so, so good! I must address that the title of this episode is A Katy or A Gaga, which is objectively the funniest thing to ever happen on any Ryan Murphy show. Congrats on discovering the true and only binary, buddy!

The perfect anthem for roommates stuck in the house with only each other for comfort this entire pandemic. P.S. – Tell Me You Love Me is a near-perfect album.

The title track off Lovato’s debut album (co-produced by the Jonas Brothers!) is a fun little diddy about a break-up. I just love how Lovato’s voice stretches even in these early songs.

“When you’re done with me / I can’t even concentrate.” Dammmmmmmn. Whoever Demi was writing and singing this song should probably teach a class or something.

If this sounds like “what would happen if Demi Lovato was the lead singer of One Republic,” that’s because Ryan Tedder is a co-writer and co-producer on Confident. It’s not a world I want to live in, but it’s not the darkest timeline either.

One of the greatest regrets of my life is not getting tickets to the 2016 Nick Jonas/Demi Lovato co-headliner tour Future Now. I will never recover. This song is representative of that pain. I need to go lay down.

Yes, I do wish “Yes” was a cover of the Beyoncé deep-cut “Yes,” but yes, this “Yes” is still pretty good, too.

Look, there’s simply no way you’re gonna pair JoJo and Demi Lovato on a song, and it’s not going to make this list and every list ever created for the rest of time. My grocery list? On it. The Booker Prize longlist? Top of that list. The Bucket List? Jack Nicholson wrote it down.

The best song on JoJo’s grossly underappreciated album from 2020 gets a remix pairing two of the most talented singers of their generation on a song where they sing the lyric: “How can I work on me if I’m working on your body?” Do you know what that is? That’s art.

Lovato is only recently getting the praise she deserves for the power and dexterity of her voice. For my money, this is one of her best vocals.

One of Demi’s earlier hits has a lot less punch than I remember. It is still a lot of fun, but it doesn’t entirely hold up compared to what would be coming from her shortly.

This whole list could be filled with guest spots, duets, and remixes featuring a Lovato vocal. I’m sure some people are partial to “Instruction” with Demi and Jax Jones, but I prefer this Cheat Codes collaboration because it makes me want to dance on a bar

(LOL JK, I have a bad back and low center of gravity – I could never get myself on top of a bar!

Demi’s early songs are best when it sounds like she wants to trash a hotel room but can’t get permission to do so from her mom.

This song showcases a lot of what Demi does best – demanding, pleading, angry. One of my favorite choruses in any of her songs.

It might be a bit lyrically simplistic, but damn of Lovato’s voice doesn’t sound gorgeous and heartbreaking on this track.

The Camp Rock phenomenon of 2008 was so intense that even though I feel like I had never heard this song before, I simultaneously know it deep in my bones. Camp Rock was the moment; it permeated The Culture. I have no choice but to stan.

This song is the most significant indicator of Demi Lovato: Child Actor, Disney Star. “Tell Me You Love Me” is BIG drama, and it only works because of Lovato’s soaring vocal.

An absolute banger and a Top 10 smash for Lovato. Can’t be overstated how far this song went to solidifying Lovato as a hitmaker.

It’s either the prettiest darn song Demi Lovato has ever released or me at my first brunch post-COVID. You decide!

Wait. I can explain. I will show you the board-certified psychotherapist’s letter stating that I do not have any daddy issues. Yes, my father has passed away; Sure, I write about it a lot; OK, I do mention it all the time, what of it?

“Daddy Issues” is just a good, funny, silly song. And we don’t get a funny, silly Demi too often, so let’s revel in it and not do any psychoanalyzing, OK?

“What’s wrong with being confident?” Empowerment anthems are tough to pull off, but Demi (who co-wrote the track) sells every square inch of this big, booming track. Every time I see that picture of Michael Phelps psyching himself up at the Olympics, I assume this is what he’s listening to; Prove me wrong!

An incredibly gorgeous vocal takes center stage in this song about getting over an ex who has moved on and found happiness with someone else. If Adele’s “Someone Like You” and Christina Aguilera’s “Hurt” had a baby, this would be it. And I would love that baby even though it makes me cry a lot.

I just love this song so, so much: I love the joy, I love the dumb lyrics, I love the Cher Lloyd cameo. I love it all! And I really don’t care what you think about that!

(I will show myself out.)

A song titled “You Don’t Do It For Me Anymore” that starts with the lyric “I see the future without you…” is automatically in contention for the greatest break-up song of all-time.

It’s surprising to think of now, but in 2013,  when this song was released, it was a significant departure for Lovato, who had just recently broken through with “Skyscraper”, a ballad, and “Heart Attack”, a pop track. “Neon Lights” is a full-on dance track, dipping into EDM. This song just sounds like last call at Industry or [enter name of local gay bar here].

This is the kind of track that makes you stop everything at the bar and scream “THAT’S MY SONG!” before leaping off your barstool and sloppily dancing and singing all over the dancefloor (“Sorry, not sorry, TRISTAN!”)

Knowing all we know about the struggles Lovato had faced up until this point (and would continue to face), it’s nice to hear her so powerfully praise herself. Get your flowers, Demi!

For many, “Skyscraper” either made Demi Lovato a pop star or made her stand apart from her peer group. The only thing I can possibly add to the conversation about Lovato’s game-changing hit is that sometimes I listen to this song when running on the treadmill, slowly increasing the speed so that by the key-change, I’m running as fast as I can. At that moment, I, too am a skyscraper.

I don’t even know how this song got into my orbit. It came out when I was 27, didn’t make much impact on radio, and I had barely even heard of Demi Lovato. Whatever path it took from the Demi’s gorgeous set of pipes to my cute lil’ ears, I don’t know, and I don’t care because this song is a beast. I never thought I’d describe a Disney Channel Princess as “shredding a vocal” but that’s 100% what Demi does here. If you haven’t tried scream-singing the chorus of “Get Back” on a drive home after a stressful day, I can’t recommend it highly enough.

A bisexual anthem by a Bisexual Queen that’s also a perennial song of summer. Her mind.

Everything we love about her coalesces here, the perfect Demi Lovato song. 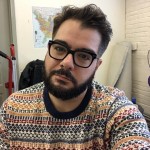 Like Loading...
Tags: cool for the summer daddy issues demi lovato give your heart a break heart attack skyscraper sorry not sorry tell me you love me Dewey Singleton May 23, 2021
Trailer: Kelvin Harrison Jr. is at a crossroads in ‘Gully’