While everyone certainly welcomed Ted Lasso back into our lives last week, it appears that this week the writers have given fans much to process as it appears our season is beginning to take shape rather rapidly. We were left with a tiny bit of a cliffhanger when fans learned in the final moments of the first episode of season 2 that Jamie Tartt (Phil Dunster) apparently is now on the reality dating show Love Conquers All. This, of course, plays a major part in episode 2 so let’s start breaking that down in our 5 takeaways.

5. Jamie returns and the rest of the team (especially Sam) isn’t pleased

While it always seemed like Jamie would find his way back to AFC Richmond, it was hard to envision a scenario where that could happen after what happened in the Season 1 finale. Well, apparently, Tartt abruptly leaves Manchester City to compete on a reality show in an act of defiance towards his father. He was so sure he would win that he never took into account that he might lose. He, of course, gets voted off, and Jamie thinks he’s going back to Manchester City. Of course, reality comes crashing in on Tartt when the consequences of leaving his former club come back to haunt him. His former club doesn’t want him back, and now it appears his career is over. Tartt eventually tracks down Ted and asks for his old job back.

This gets back to the rest of the team, and they are furious. Sam (Thoeeb Jimoh) actually flies off the handle and curses out his coach. No one wants him back and especially Sam. Why would he want the man back who tormented him the last season? It appears Tartt is lost with no direction. Which ultimately leads to his return at the end of the episode. How will this impact AFC Richmond’s season?

4. She’s staying for the rest of the season

It appears Dr. Fieldstone (Sarah Niles) is sticking around for the rest of the season, and that leaves Coach Lasso (Jason Sudeikis) very unsettled. Lasso has prided himself on being able to solve any issue that has cropped up on this team. Having someone sitting and observing every element of the club is not a great feeling to Ted. The rest of the coaching staff and especially the team could care less about her presence. She’s already proven a big asset by helping Dani Rojas come to grips with what occurred during that penalty kick. Ted tries to win her over with his usual tactics, and they’ve all failed miserably. To make matters worse, it seems Dr. Fieldstone sees right through Coach Lasso. Maybe he’s upset about her presence because of what she represents. If there’s one thing clear after episode 2, this isn’t going to be the last we see Dr. Fieldstone and Coach Lasso butting heads.

While Rebecca’s dating life certainly was front and center in episode 1 of the new season, it appears that in the 2nd episode, it’s a minor storyline. It appears she’s sticking to the advice Roy gave her after the double date and no longer settling. We do see that she’s looking at exploring the world of online dating. Perhaps her prince charming could be found on a dating app?

While Roy (Brett Goldstein) is more than happy to drop Keely (Juno Temple) off at AFC Richmond, where she’s the marketing maven for the team, he refuses to step foot on the grounds. He’s struggling with life after football. There’s an offer to work on television as a Premier League pundit, which of course, he thinks is “shit”. After losing his Elementary school football team loses in the championship game and after much persuasion from Keeley, Roy relents. He, of course, is an instant sensation due to his brash nature. Could Roy have finally found his calling? Will this be his life after football?

In what will undoubtedly be the scene most fans will discuss for many weeks to come, Roy comes home to find Keeley getting sexually turned on by his emotional retirement speech. What made this scene so great wasn’t Roy walking in on Keeley; it was the frank discussion about each other’s “kink.” Most shows would have focused on the shock value of that moment, but the writers of Ted Lasso were able to turn that into a very loving and authentic moment between two people who clearly love one another. I also loved how they built on that scene by having Roy use this knowledge about her “kink” to thank her for pushing him to take that TV job.

As a special bonus, here is a clip of actor Phil Dunster, who plays Jamie Tartt, talking about the episode with Dewey Singleton. 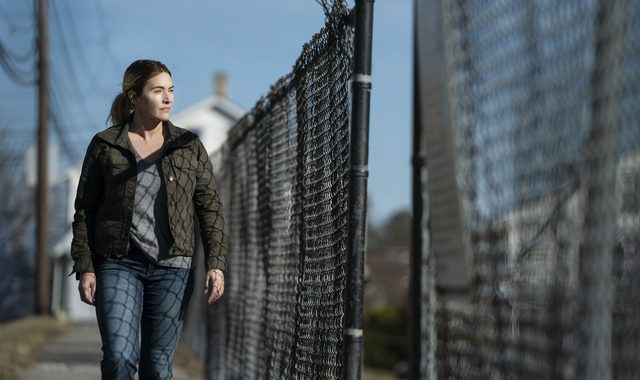