On the success of the Oscar-winning breakout Moonlight and his follow-up If Beale Street Could Talk, Barry Jenkins has become one of contemporary cinema’s most revered auteurs. His ravishingly elegiac style of filmmaking has brought a fresh lens to narratives surrounding the lives of African-Americans. For his most ambitious and epic work to date, however, Jenkins ironically turned to the small screen. In adapting Colson Whitehead’s Pulitzer Prize winning novel The Underground Railroad into a limited series, Jenkins has delivered a grand odyssey in typically awe-inspiring fashion.

The story begins in Georgia, where a pair of brothers jointly oversees a plantation bearing the family name. It is the home of a young woman named Cora (Thuso Mbedu), enslaved from birth alongside many others on the Randall plantation and across the Southern states of America. Among them is the handsome Caesar (Aaron Pierre), who has set his sights on a daring escape to freedom via a secret underground railroad. Caesar hopes to make the journey with his beloved Cora, who initially refuses. But when the more docile Randall brother James dies suddenly and hands over full control to the ruthless Thomas Randall, life on the plantation becomes increasingly unbearable.

After a particularly barbaric series of punishments, Cora agrees to join Caesar on the dangerous journey. The duo is soon intercepted, however, by a group of slave catchers, ending in the death of a young white man. Though they evade capture, they become highly wanted outlaws. And a particularly determined slave catcher named Ridgeway (Joel Edgerton) will stop at nothing to catch Cora, with the memory of her elusive runaway mother fresh on his mind.

Over the course of 10 episodes, Jenkins thus charts Cora’s perilous cross-country journey, providing a sweeping canvas for him to play with form and tone. Indeed, with the help of his iconic collaborators – most notably cinematographer James Laxton and composer Nicholas Britell – this slave narrative is truly a genre-defying feat. The quaint but foreboding banality of plantation life gives way to the expansive landscapes of the traditional western. Meanwhile, the bleak greys of one mid-series episode feel reminiscent of a dystopian wasteland, starkly juxtaposing the warm romanticism of fleeting black joy and prosperity. And in depicting the most crucial setting, the incandescent lighting accentuates the mythic aura of the Underground Railroad as envisioned by Whitehead.

Jenkins never downplays the horrors of the antebellum South, but he also capitalizes on opportunities to exalt the dignity and humanity of Black people. Most profoundly, the narrative shows how Black pain and Black joy often coexist. Like in the novel, the most unsettling chapter involves a society where racism is disguised as charity. And at a time when America’s social, cultural and political are being challenged in the name of diversity and inclusion, this cautionary depiction of Black “upliftment” resonates deeply.

As they say, “the struggle is real” for Cora, portrayed with incredible nuance by Thuso Mbedu. In a breakthrough role recalling Lupita Nyong’o in 12 Years a Slave, she expresses the full array of Cora’s emotions. In times of tear-streaked duress, there’s a guttural inflection to her voice. While in lighter moments, she exudes winsome Southern charm. Unlike the mystical heroism implied in some portrayals of real life Underground Railroad crusader Harriet Tubman, Mbedu’s performance is fully grounded in the blood, sweat and tears of a nearly impossible mission. Already an award-winning star in her native South Africa, she should garner further accolades in her international debut.

As Cora’s relentless antagonist, Joel Edgerton is also a standout, creating a chilling villain who feels omnipresent. And through flashback, we are treated to a deeper understanding of his misguided perspective. At his side, Chase W. Dillon effortlessly embodies the unassuming but fiercely loyal Homer. As a Black character who betrays his race as a means of survival, he provides a fascinating counterpoint to those involved in the abolitionist cause. Meanwhile, Lily Rabe gives a memorable turn as the disapproving wife of a station agent (played by Damon Herriman) in North Carolina, where Black people and their sympathizers are violently persecuted to preserve the state’s whiteness. Altogether, the entire cast illustrates the broad spectrum of people who were corrupted and shackled by the institution of slavery.

Admittedly, Ridgeway’s backstory and other attempts to spotlight supporting characters sometimes feels like “gilding the lily.” In particular, the shortest episode – following the narrow escape of a young Black girl who Cora meets along the way – is arguably filler in the wider narrative. But the storyline always re-centers seamlessly to our captivating protagonist.

Indeed, if you are able to put aside your qualms about yet another slavery story, you’ll likely find yourself swept up in Cora’s adventure. In a nod to the stories passed on through generations of Africans and their descendants, Cora is required to give testimony to her life experiences at every railroad station. Likewise, Barry Jenkins continues that great oral and written tradition with this poignant and powerful work of visual storytelling.

All 10 episodes of The Underground Railroad will premiere May 14 exclusively on Amazon Prime Video. 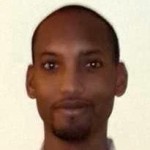 Shane is a passionate cinephile whose love for film led him to creating his blog Film Actually in 2009. Since then, he has also written for AwardsCircuit.com, Awards Radar, That Shelf and The Spool, in addition to appearances on podcasts, radio and TV. Based in Kingston, Jamaica, he relishes the film festival experience, having covered NYFF, Sundance, SXSW and TIFF among others. He is a proud member of the African-American Film Critics Association (AAFCA).