Much like the eponymous band it explores, The Velvet Underground defies documentary narrative conventions by focusing on its themes, first and foremost, letting the story seep through the abundance of archival footage of silkscreens and Andy Warhol films. Like a psychedelic comic book film to those accustomed to the newer trend of films, or much akin to Warhol’s split-screen technique in 1966’s Chelsea Girls, glam rock purveyor and Oscar-nominated filmmaker Todd Haynes paints images of band members Lou Reed, John Cale, Sterling Morrison, and Angus MacLise – and the time period in which they rose to fame – in asymmetrical shapes that burst onto the screen and fade like a shooting star, imprinting into the viewer’s brain a rare glimpse of a bygone era not often explored with such fine detail. With the juxtaposition of Warhol’s glamorous, sensual, homoerotic films and the hardcore inner-workings Reed’s mind, ideologies, and music, Haynes brilliantly creates a visual harmony with thematic contrast that captivates the viewer for the entirety of its 121-minute runtime.

The beginning of The Velvet Underground covers Reed’s mental health issues from a young age, which were largely magnified by an inept healthcare system that treated mental illness as an affliction and not a real disease. Electroshock treatment was an extreme solution to anxiety and depression exasperated by drug use. Eventually, Reed’s story becomes that of The Velvet Underground’s – as he gained confidence in who he was and autonomy over his mental health, the band came into its own, especially when Andy Warhol scouted their potential for superstardom. Something that would eventually be a point of contention between Reed and Warhol.

Largely set in Warhol’s famous studio, “The Factory,” in midtown Manhattan, the documentary displays a wide range of artists who would come and go under The Velvet Underground manager’s watch. He was a silent guardian. A wise watcher. An unparalleled radar for artistic talent, the likes of which the world hasn’t seen since, arguably, Gertrude Stein. The question wasn’t who was a friend of Warhol’s during this era, but rather, who wasn’t? Even the Stein-era Salvador Dalí would frequent the art collective. The Factory earned its namesake from the fact that it was essentially an assembly line in which one person was always processing a silkscreen (screen printing – think Warhol’s Marilyn Monroe portrait, “Marilyn Diptych”), which Warhol repopularized in the 1960s, while another was always filming a screen test for Warhol. Haynes uses Warhol’s famous black and white screen tests of each artist of The Velvet Underground throughout the documentary to mesmerizing effect. These screen tests, merely the artist staring into the lens, offered a glimpse into the soul of his subject. Like having a staring contest with somebody mere inches away from their face, analyzing every unique movement, twitch, furrow, or subtle expression as the subject sits in a trance-like state under the hum of Warhol’s stationary 16mm Boleyn camera, it’s an intimate experience.

At The Factory, there was an unattainable ideal of female beauty, an open atmosphere for drug use, and a chaotic sense of collective radicalism. When Nico arrived, it changed the DNA of both The Velvet Underground and The Factory. Nico went against the grain of the product of The Factory, perhaps for the better of the sound of her collaboration with the band. She often refused to do what Warhol wanted of her, avoiding certain ideas that she knew would skyrocket her further into the stratosphere of superstar. She had the look Warhol sought. But fame and beauty were not her desired destinations. She merely wanted to lend her talent for talent’s sake. Warhol spearheaded the production of The Velvet Underground & Nico in 1967, for which he also designed the famous cover – a screen print of a banana.

As film and music bled together, Warhol, Nico, and The Velvet Underground’s experimentation with a visual medium to further a musical narrative, or lack thereof, and vice versa deepened in the form of such multimedia performances like Up-Tight and the Exploding Plastic Inevitable. For attendees – some of whom were quite famous such as Walter Cronkite and Jackie Kennedy – of these films displayed at the Film-Makers’ Cinematheque, it was a hypnotic experience. Viewers of The Velvet Underground get a taste of what it was like to be there. Dancing freely. Without regard for rules. Without a care for the societal narratives imposed upon us. However, not once does Haynes’ documentary lose its story – and that is the impetus and evolution of a band seemingly forever on the cusp of stardom like so many hopefuls who would walk through The Factory with naive aspirations.

One of the themes Haynes wanted to maintain in line with The Velvet Underground and Warhol is that of radical thought. Anti-establishment. The peace and love, hippie mentality of the West Coast did not mesh well with The Velvet Underground’s sound and ideologies. Venues such as Bill Graham and artists like Cher spat vitriol and wished failure upon them. They were rough, loud, and didn’t believe in solving the aggressive state of the world with an olive branch. With flowers. They created a standard for themselves in terms of being harder and more brutal, but also more thematically direct than their West Coast counterculture counterparts and dissenters – a bar which they continually attempted to raise as they evolved: offering an esoteric variety of answers to sociopolitical issues over odes to self-love and the dissolution of high culture in favor of the common man – often done by detuned guitars, distortion, and unrecognizable time signatures.

Drugs, large personalities, long, sleepless stints touring on the road, and playing gigs for years at Max’s nightclub in Kansas City ultimately led to a natural halt for the inherently entropic The Velvet Underground. Like the documentary’s powerful final clip of a pensive Reed fondly discussing the whereabouts of his now-defunct band and their former glory, its collage of footage will stick with the viewer long after the credits roll. This was a band that never crumbled for the sake of the pursuit of fame or oppressive politics. This was a band that stuck to its values. Reed would be proud of what Haynes has so meticulously crafted.

Not only does The Velvet Underground destigmatize mental health issues, but it also approaches sexuality in a fluid, non-denominational perspective. It covers the highs and the lows of a band on the run from the spotlight – including breakups, fights, and fallings out. It’s a queer anthem, an homage to rock and roll, a call to radical self-acceptance, and, arguably, as close to a time machine as any visual medium has reached. It will undoubtably introduce the eternally under-appreciated The Velvet Underground and Nico and the popular Andy Warhol’s lesser known visual mediums to a new generation of music and film lovers. And that’s a large part of what documentary films do – preserve history for further generations.

The Velvet Underground is now available to stream exclusively on Apple TV+. 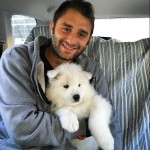