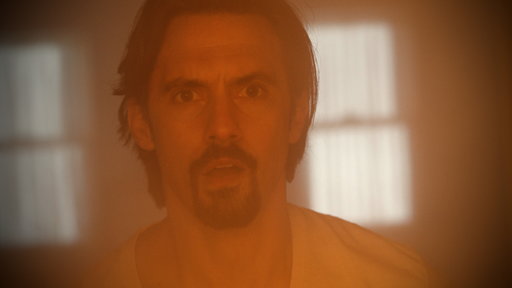 So now we know exactly how Jack died. I mean, we knew it was the fire (or actually, the after effect of it). We knew that it was because he went back to save Kate’s dog, which is why she was so against Toby having a dog. The build-up to this moment with promos like “THIS. IS. THE. EPISODE.” had a morbid curiosity that bordered on ghoulish. People were clamoring to see a person die. Now, I know that is a cynical way of looking at it but you can’t argue with the advertising of the show, and presenting This Is Us as their post-Super Bowl showcase, as capitalizing on and sensationalizing a really horrible incident.

Rarely has a show tried so hard to forcibly inflict emotional pain on people. The first season did a pretty good job with time period jumps and situations and reactions that felt more organic and illicited honest emotions. This season, however, there is rarely any discovery for the viewer, no magic. Everything is bolded, underlined or italicized with direct orders on how and when to feel, right down to the ‘Share This Moment’ hashtag that jerks people out of said ‘moment’ in order to social mediaize it. But, the show wants to have its cake and eat it too. Not satisfied with simply killing off its patriarch, it draws it out. As the house is engulfed in flames, the family screams and cries in horror at the loss of their husband and father. But wait, there’s more! In classic, slow motion hero action mode Jack Pearson (Milo Ventimiglia) comes out the front door (which is weirdly not on fire despite the rest of house being so but ok) with dog in hand and a bag of keepsakes like photo albums and videocassettes. That’s a lot of time to root around in a house with no light and full of smoke and fire. Everyone’s happy and relieved. Jack gets some bandages on his hands and an ambulance trip to the hospital.

Mandy Moore is doing the best work of her career here but giving her the clichéd multiple stages of grief when the doctor explains to her that Jack died of a heart attack due to the smoke inhalation (sidebar: why wasn’t he on oxygen the whole time? Hello, lawsuit) might give her a good Emmy submission episode but it didn’t ring true as written. Not finished with the sadness yet, Rebecca (Moore) has to tell her kids that their dad is dead, sending them all (and us) into reliving his death again. At this point it’s just ghastly exploitation. 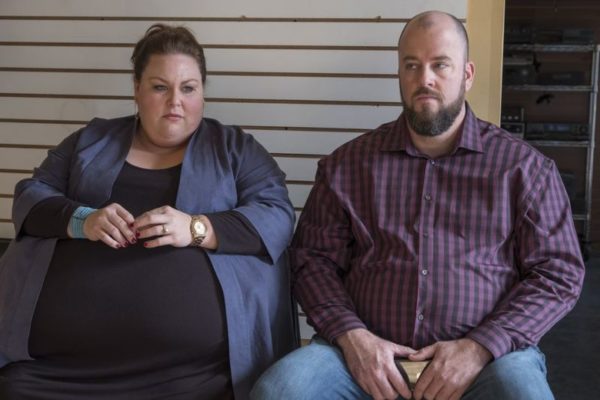 When Kate (Chrissy Metz) tells Toby, “If I want to beat myself up once a year, let me do it” I thought, ‘well, actually, you do this every day and have for 20 years.’ Every element of every characters’ life hinges on and harks back to Jack’s death. Blame, self pity, and wallowing (goodness, the wallowing) have ruled their lives, their decisions. Maybe, I’m hoping, with this finally behind us, the show can move forward with what are still some of television’s best characters. And to be clear, everyone on the show is acting their asses off.

More often than not the actors on This Is Us rise far above the soapy material they’re given to bust out with performances of heart and grit. Kate’s teary-eyed “He would have LOVED you” speech to Toby later in the episode was a great example of when the show can blend realistic emotions with writing and acting that is up to the task. It was a genuine and touching moment. Even Kevin (the underrated Justin Hartley) finds some great moments sitting by ‘Dad’s tree’ conversing with his father about things he regrets he’ll never get to him in person. It’s dopey but Hartley stays just this side of maudlin with it and pulls it off. 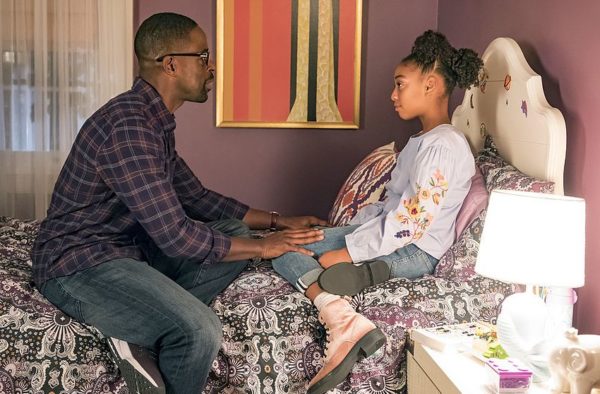 The saving grace though was that Tess reveal at the end. Tess is upset that Randall (Sterling K. Brown) is eulogizing their lizard Mr. McGiggles (or really, his father). They talk and Tess is worried that between fostering and his new job and that her dad wants a ‘new life.’ They talk about fostering which Tess agrees is a great thing to do and then bam, that little boy we’ve seen getting ready to be fostered gets his new parents but (twist!) it’s not Beth and Randall, it’s another couple and it’s Tess that’s the social worker all along with Randall looking on full of pride. This kind of time-shifting bait-and-switch is actually something the show does really well and needs to do more of because it shows us the downstream effect of the parenting that’s happening now. One of the most difficult things about being a parent is never knowing what bit of advice, what conversation will stick. As a co-parent of a 19-year old son, I am constantly trying to inject him with what I hope are things he can learn and carry forward. But you don’t know until you know, you know?

I’m sure the show won’t be able to help itself by utilizing Jack flashbacks during ‘very important decisions’ of his family’s life but I hope that it pushes through that and in a forward direction rather than backwards.

Lauren Coates September 6, 2022
‘She-Hulk: Attorney at Law’ review: Tatiana Maslany flexes muscles and comedic chops in a show that leans into its camp value [B]