Throughout Pose’s impeccable first season, light was always found in even the darkest of times. In doing so, it felt like a full-scale revolution, a glorious showcase of queer and trans* joy brought to your television each week. Of course, the emotional duality of the show is its biggest asset: glittering theatricality living in tandem with gravest tragedy, much like the real life experiences of the ballroom legends who inspired it.

The season two premiere opens within the sphere of the latter as Blanca (Mj Rodriguez) and Pray (Billy Porter) take a ferry to New York’s Hart Island, seeking to pay respects to an ex-boyfriend of Pray’s who was buried in one of thousands of pine boxes in the potter’s field. (And just like that, I’m crying!) “The only way this isn’t going to be our reality is if we help each other. ‘Cause they sure as hell aren’t going to do anything,” he says, with biting sobriety. Moving through the devastating sequence, they come upon a hill completely covered with heart-shaped rocks placed in remembrance of those lost by those who outlived them.

We cut to Blanca at the HIV/AIDS clinic of a new hospital, telling Sandra Bernhard’s Nurse Lucy that this place feels like “the Taj Mahal compared to St. Vincent’s.” After being informed that her T-cells have fallen below 200 and that monitoring will need to occur once a month instead of every three, Blanca is told that her diagnosis, at this stage, will be considered “AIDS” rather than “HIV.” Scared out of her mind and justifiably impatient for a cure, Lucy notes that AZT can slow the disease’s progression, and that the rich (white) queens who pass away allow them to collect leftover medications to give to those less fortunate. “Their dying wishes are to make sure that the grief isn’t the only thing they’re leaving behind.”

Back at the apartment, Angel (Indya Moore) is basking in the living room window’s glow while Lil Papi (Angel Bismark Curiel) takes polaroids of her. It’s now 1990 (as the opening title card first mentions), and Madonna’s “Vogue” is out—which means the world of our protagonists is in. Or at least that’s what Blanca hopes. “Madonna is shining a bright spot on us, girl,” she swoons, as Angel turns it out on the ballroom floor to the song (a transcendent moment). “Mark my words, “Vogue” will make us stars.”

The morning after her win, Angel’s back walking the pier trying to turn a trick, when she notices a stalling yellow cab, a possible solution to her current malaise…except it’s Blanca in the car. “I got a plan,” she says, telling Angel about the Fresh Faces modeling contest, held by Eileen Ford. Filing through the polaroids Papi took, she assuages Angel’s fears that her being trans will keep her from the mainstream. “These prove you got the look,” Blanca insists.

At the funeral for yet another unnamed member of the community lost to the disease, Pray chides Lulu (Hailie Sahar) & Candy (Angelica Ross) for making light of the proceedings (“Gimme my damn flowers when I can smell them,” Candy snaps), only then to find himself in a morbidly playful bit of competition with Nurse Judy over who’s been to more memorials (“First one to get to a thousand gets a free toaster,” she says blithely). They sweetly joke with one another until Pray breaks down at the coffin, noting how much life the young man had to live. “I don’t know how much more of this i can take,” he laments. “790. Until you get your toaster.” (Bernhard is a pitch perfect counterpart for Porter here.)

Pray, desperate for a drink, asks Judy if she’ll join him, but she’s got other plans in mind: taking him to his first ACT UP meeting. Initially skeptical of the affair, thinking it’ll be being predominantly white cis men who don’t care about anyone outside of their own sphere, Judy retorts, “You have got to put your pain to good use, or I swear to god it will eat you alive.” Billy Porter’s slow burn of a transformation from wanly skeptic to fully motivated, as the meeting’s leader discusses a planned (now famous) die-in at St. Patrick’s Cathedral is completely stunning. He, already, in one episode, has two handfuls worth of Emmy clips to his name. Bringing these characters further into the political sphere was clearly going to happen from the start, but there’s something so deeply special about watching it all play out, like it starts to here.

The next day, Angel is at the modeling call with Blanca & Papi, and stops them to ask a “serious” question. Does she pass? “Like the best of them,” Blanca guarantees. Teetering down the venue’s marble stairs like Vivian Ward (only prettier), Indya Moore plays with her vulnerability so well, it functionally kills me; her coquettish voguing for Ford stabbed me in the heart with its sparkling innocence, something she’s consistently had robbed from her over and over again in this life. Ford admires Angel’s beauty (who wouldn’t?), amused that she only brought Papi’s polaroids. She insists that Angel get professional shots done in order to be taken seriously, and gives the name of a photographer who she assures will welcome Angel with a special discount (cue my nauseated skepticism).

At the Extravaganza family dinner that night, Blanca is still insisting that they’re “on the cusp of a revolution” thanks to the worldwide domination of Madonna’s new single. When Pray retorts that “every generation thinks that they’re gonna be the ones that’re finally invited to the party,” the audience can’t help but ache. We know this is exactly how it’ll all pan out, despite also knowing that these characters deserve every good thing Blanca desperately wants for them. “Put your glass slippers away, Transarella,” he muses, dryly. “It ain’t never gon’ happen.” Dominique Jackson’s Elektra (impeccably camp, as per usual) enters, which spurns Blanca to insist that she attend the die-in with them that Sunday. “I’m not posing for a mugshot,” she counters. When Sunday rolls around, Blanca is forced to quit her job at the nail salon in order to attend the historic “Stop the Church” protest alongside everyone—except for, of course, Elektra.

Angel finds herself at the photographer’s studio, an undefined number of days later. He immediately clocks her—having seen her working the pier—and makes the agonizingly sinister offer that he’ll do the shoot for free if she also provides images for his “personal collection.” Every time a moment like this happens on the show, one can spot it from a mile away, but the paralyzing effect is never once dulled. If you’re like me, you’d already grown to love these characters the moment the pilot episode concluded, and knowing what Angel was about to get herself into had my stomach twisted around in knots. Roxette’s “She’s Got the Look” soundtracks the first part of the shoot, offering us a glimpse into the impossibly flawless glamour we all know Angel’s capable of serving, but, of course, that can only last so long. She’s then later forced (of course) into taking pornographic shots, and doesn’t even get to take the initial set she attended for home with her.

That evening, at the ball, Elektra gives full-production Marie Antoinette, complete with a spinning carousel at the bottom of her hoop skirt and (no surprise) a bedazzled guillotine. Pray, understandably feeling his newfound activism, throws a verbal blow to her far harsher (and more genuine) than any common read she’d have been ready to clap back at (“You are more concerned about winning a trophy than you are our government spreading lies about us in an effort to kill us.”), and shattering her prized trophy in the process.

Angel enters the runway, walking the high fashion model category, deservedly taking home 10s across the board, but breaks down when the “fantasy” of it all slaps her face (even if innocuously). “I want a victory outside of the ballroom, Papi” she sobs, telling both he and Blanca about what the photographer made her do, knowing he could ruin her image for the rest of her life if he sold the pictures to a porn publication. Back at his studio, they violently force him to give over all the photos and negatives, Blanca deliciously threatening, “If you ever try exploiting my daughter again, I’m not coming with my son’s fist the next time.” (And, honestly, if they didn’t get all the negatives and that shit bag finds a way of leaking the images later in the season, I swear…) With the professional shots now in hand for Eileen Ford, Angel leans in close to the executive and says, “You don’t know what it took for me to get here…I want a shot. A real shot.”

Back home, Angel tells Blanca she needs to find a new job when she comes upon her scrubbing the already-spotless floors raw. “Maybe it’s better to dream small or not dream at all,” Blanca responds, as gut-wrenching reality sinks in for a moment. “At least then you can die with some dignity still intact.” The two tenderly celebrate after Angel tells Blanca that she made top ten in the competition; that continues on at dinner, when Pray Tell salutes not only Angel but, to her surprise, Blanca. “She seems to see the future better than any fortune teller I’ve ever been to.”

Things turn sour fast when Elektra comes home and is scolded for being late to another communal meal (Jackson’s line reading of “How much effort does it take to throw down some paper plates?” made me guffaw). Elektra feebly attempts to stand up for herself by scolding Pray for “disrespecting her” in front of her peers at the ball, but he has an immediate answer for that poor choice: “I called your black, selfish ass out for being a bad example, and it’s about time somebody did.” And just like that, Elektra causes a scene, flipping the table and storming out to join Lulu & Candy in their floundering House of Ferocity. “You’re welcome, bitches,” she gleefully spits at them. As much as we (or at least I) want to see Blanca & Elektra on the same team again already, there’s nothing quite like the deliciousness of the Ms. Abundance Evangelista when she’s on a tear.

Back on the ballroom floor, Damon leads a smoothly rollicking vogue number (with, I’d like to assume, some of his new pupils from the Y) to who else but Madge. “This is just the beginning,” Blanca warmly promises her children. Indeed it is, and we’re left to imagine what trials and triumphs are to come for them as ACT UP’s “SILENCE = DEATH” slogan quietly fades into view. 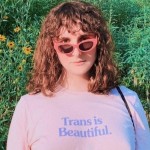 Kelley Rand received her B.A. in Entertainment (yes, you read that correctly; it’s a combination of music, acting, dance, and writing for stage & screen) from NYU’s Gallatin School, where she wanted to squeeze out as much knowledge as she possibly could during her time there (considering the preposterous amount of student debt she was racking up to afford it). She’s been a member of the AwardsWatch community since 2001, and has since formed a broad career within the industry, spanning time at Rooftop Films, W Magazine, Out Magazine, and Punchdrunk’s Sleep No More. She’s definitely better at Britney Spears trivia than you, and loves romantic comedies of the late ’90s/early 2000s more than almost anything else, cinematically.

‘The Book of Boba Fett’ Episode 1 recap: “Stranger in a Strange Land”