Often heralded as one of the most important fall film festivals that may announce new contenders– and end others chances– for the rest of awards season, the forty-fifth edition of the Toronto International Film Festival took place from September 10th to the 19th. With the Top 3 of the TIFF People’s Choice Award (the festival’s top prize) known for being a key signifier of awards success (going to 11 best picture nominees in the past 5 years), many films playing at this festival are viewed with a watchful eye by many awards pundits and journalists, waiting for the next big score. Despite the absence of many juggernauts in the race that have been held back for various purposes, quite a few films here have separated themselves from the rest and successfully begun their awards campaigns. Which ones are they? Well, you’ll have to read on to find out as we break each category down!

Despite the absence of films that are still at the top of many awards pundit lists, there were quite a few contenders for the best picture crown that stood out among the crowd. While none of these should be expected to nab the top prize, be on the lookout for the critically acclaimed (and TIFF audience favorite) Nomadland to lead the pack in nominations. One Night In Miami… is close to a lock as well. Despite it not leaving critics in shambles quite to the extent to which Nomadland is, audiences are loving it, and it’s timely and important message is one that will compel many awards votes to nominate it, especially in a year where greater injustices are prominent in the cultural conversation.

A bit lower down the rung, The Father and Pieces of A Woman (review) could both sneak in as well depending on the strength of their central performances and screenplays. Additionally, while they are both long shots, Ammonite (review) and Good Joe Bell (review) could be dark horses in the race despite middling critical reviews, similar to the way in which Bohemian Rhapsody and Vice were discretely selected in 2018.

While Regina King could receive some buzz depending on the strength of her competitors and the academy’s once in a blue moon affinity for director nominations from well-done blockbusters (Peter Jackson, George Miller), Chloé Zhao’s direction was the undeniable highlight of Nomadland and should be able to coast to at least a nomination with her Venice and TIFF wins.

Ever since Sundance, Anthony Hopkins’ performance in The Father has been known as the highlight of the film and one of the clearest frontrunners in the entire race. While there still are quite a few competitors in films that have not debuted yet, his performance has received a similar response at TIFF, so expect him to be one of the most prominent nomination candidates for the rest of awards season. Kingsley Ben-Adir’s turn as Malcolm X has been getting some minor attention, and depending on the strength of upcoming films, he could easily sneak into the race in the 5th nomination slot.

In contrast to the still murky best actor category, the festival has provided us with three performances that could easily nab the best actress crown and are all surefire nominations. Frances McDormand has been getting attention as the lead of the much buzzed about Nomadland, and Kate Winslet’s performance in Ammonite seems to be one of the few highlights of the film. One must not rule out Volpi Cup winner Vanessa Kirby’s turn in Pieces of A Woman, which if campaigned right by Netflix, also has a fair shot at winning the whole category.

While still a thin category as of now, Saoirse Ronan is a frontrunner because of her prominent secondary performance opposite Kate Winslet in Ammonite. Ellen Burstyn’s performance in Pieces of A Woman is brief, but her powerful monologues just might be enough to get her a nomination as well. However, Olivia Colman’s first major feature role since her Academy Award-winning performance in The Favourite shall likely be one to watch as well, as she more than holds her own with Anthony Hopkins in The Father.

From the moment One Night In Miami… concluded its North American premiere, it was clear that one performance stood out from the rest: Leslie Odom Jr. as Sam Cooke. Also a candidate for Best Original Song, Odom Jr has the strength to go all the way as a double nominee (and maybe even winner) come Oscar night. Shia LaBeouf’s performance as a grieving father in Pieces of A Woman could sneak in and capitalize on his turn in Honey Boy, especially if campaigned as a supporting role instead of a lead (which is most likely the route Netflix will take) although it does have its detractors and has been called the weakest link of the powerful performances in the film, so it will be best to see what the general public’s sentiments are surrounding his turn before ensuring a nomination for him.

While no serious Original Screenplay contenders emerged from the festival, it did reveal the presence of quite a few Adapted Screenplay candidates in the race. Nomadland and One Night In Miami… were both touted for their strong adaptations of their source material, by Chloé Zhao and Kemp Powers respectively, and if it continues to build on its buzz, The Father could be on the road to a nomination here as well.

All things considered, international films were the richest and most prominent aspect of the festival. The majority of them have a great chance at getting the nomination, but it all depends on their home countries nomination decision and distribution acquisitions. Never Gonna Snow Again (review) and specifically Another Round (review) are the clear frontrunners here with the star power of Mads Mikkelsen and a much loved director in Thomas Vinterberg, and the wealth of talent across the board of international films would not rule out the foreign documentaries such as 76 Days (review), The Truffle Hunters (review), and Notturno (review) to vie for nominations as well. Summer of ‘85 (review), The Best is Yet To Come, and Quo Vadis, Aida have slight shots, but perhaps the most interesting two sides of the same coin are Night of the Kings (review) and New Order (review). Both standouts because of their wild ambitions, they have received high interest but have had to deal with quite a few negative reactions. However, NEON made the surprising move to acquire Night of the Kings after it was selected as Ivory Coast’s submission, instantly catapulting it to a higher chance of nomination. Meanwhile, the even wilder New Order came into the festival with a Silver Lion win at Venice, but it still has not been acquired or touted for a national selection. Don’t expect it to be in contention as of now, but if the distribution and selection status changes, it will be a much different story.

Yet again, this is another race that will end up featuring many international selections. The current overall frontrunner, 76 Days, is almost certain to be nominated because of it’s extremely timely subject matter that will be impacting us for years to come. After it’s IFC Films acquisition, Sam Pollard’s MLK/FBI (review) as well as Notturno (which was the only film apart from Nomadland to be selected for all four major fall festivals) should be worthy challengers in the race as well. However, these past few years, some of the top contenders have been completely snubbed and replaced by other notable films. If that pattern continues this year, expect The Truffle Hunters or even the 4 and a half hour long City Hall to get in here and round out the category.

Locks (…like Apollo 11 and Won’t You Be My Neighbor were supposed to be):

Out of all the races in the festival, this is most likely the clearest one of them all. Wolfwalkers (review) was the only major animated film at the festival, and is sure to be a lock for a nomination for Apple and Cartoon Salon. Now, the only challenge will be to see if it can beat out the overall frontrunner that did not premiere at TIFF but is nonetheless currently the lock for a win: Soul.

Overall, this year’s edition of TIFF was a remarkably successful festival in terms of bringing new candidates to light and ensuring the continuation of buzz for already established players. Despite the thin selection, those that stood out, truly delivered by becoming frontrunners in a wide range of categories not mentioned here. Expect Nomadland to get additional nominations for Cinematography, Score, Editing, Sound, among others, while One Night In Miami… is on course to nab nominations for Editing and Original Song. Pieces of A Woman and The Father also have a chance at covering the territory Nomadland is inhibiting (if played well by their distributors), while Ammonite’s period aesthetic will surely give it momentum to win costume design. 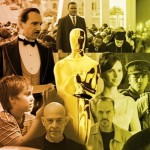