This article contains spoilers for Mare of Easttown.

Five Lady Hawks walk onto a basketball court in the first episode of Mare of Easttown to celebrate the 25th anniversary of their win in the state championship. Overshadowed by the sheer force of Mare (played by Academy Award and Emmy Award winner Kate Winslet), the community detective and “Miss Lady Hawk” herself, one could never imagine the spotlight at the end of this story would shine so brightly on another character. That character is Lori, played by the astonishing Julianne Nicholson.

Nicholson plays a wife, mother and Mare’s best friend. Whenever Mare is not alone and in group settings, Lori is not far behind her. She comes bearing life’s simple pleasures in this small Pennsylvania town. A Rolling Rock after a long day on the job. An ear for Mare’s findings and insight around the town’s missing persons and murders. But, most importantly, she provides a place of refuge for her kids, her cheating husband and a place for friends to call home.

Her presence takes a bit of backseat as the search for Erin McMenamin’s killer takes shape, Mare’s battle for custody over her now-deceased son’s child Drew reaches boiling points and more is unearthed in this quiet town. However, Lori, without fault, is always there. Her presence may not always be announced, but her subtlety and presence throughout ties up loose ends for a conclusion well worth the suspense. This is what makes Julianne Nicholson an undeniable force in this show.

In a show full of twists and turns, the quiet ones are the ones that will echo loudest in the end. In episode 7, the finale, when the case points in the direction of one of the Ross brothers, background noises come to the forefront. What was once a small footnote in the case, when Mare goes to check in on the newly-widowed Glen Carroll, becomes the break in the case that she needs. A gun had gone missing from the storage shed, and the owner of the gun that shot Erin is Glenn. All it takes is a quick rewind on the tape and Mare is able to tie Lori’s son, Ryan, to her final suspect.

This realization shocks Mare, as it does the same to the audience. A teenage boy being responsible for the death of another knocks the wind out of one’s chest. And as Mare closes in on Ryan at his school, a sinking feeling falls to the pit of your stomach. Ryan runs home and it is his mother, where he exclaims, “Mare knows. She knows.” The look on Nicholsan’s face makes your heart stop and your breath become faint. She knows. Lori knows that her semi-normal life is about to be upended and she will have to start anew.

Nicholson leaves you with a performance in the finale that will shatter your heart into a million broken pieces, with a hope that one day the pieces will be carefully put back together. We see this glimpse of hope as Mare walks into a very empty Ross household, where Lori sits alone with a baby that is not her own. It is a series of dominoes that fall into this final conclusion. And it is with Mare, though, whose arms she falls into, knowing that she has someone to catch her when she falls.

There are not many moments like that in this stacked year of performances. And it is with my hope that Emmy voters will be able to see the actress who has always been present in the background, take center stage.

Mare of Easttown is currently available to stream on HBO Max. Julianne Nicholson is Emmy eligible for Outstanding Supporting Actress in a Limited Series, Anthology Series or Movie. 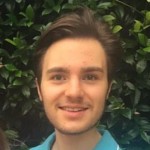 Jackson is a marketing professional in Dallas, Texas, who is a film connoisseur and lover of all things pop culture. His love of the Oscars dates back to high school, where Oscar night was like Christmas Eve. He hosts a podcast called The JV Club, where he interviews a wide range of guests who focus on the inner workings of all things film and television. He can be found on Twitter @jackson_vickery.