Noma Dumezweni didn’t arrive on the set of The Undoing — HBO’s buzzworthy psychological thriller/mystery limited series led by Nicole Kidman and Hugh Grant — without her own anxieties. “There was one day I thought I was going to be fired,” she told The Hollywood Reporter earlier this month. It’s not hard to imagine how sharing scenes with actors like Kidman, Grant and Donald Sutherland — all icons in their own right — could be intimidating.

Still, if Dumwzweni was fighting her inner saboteur, it never showed in her performance as Haley Fitzgerald, the quick-witted, straight-to-the-point lawyer who represents Jonathan Fraser (Grant) after he is accused of murder. From the moment she rounds the corner in the third episode, her chin in the air and her arm extended at an almost 90-degree angle towards Grace Fraser’s (Kidman), Haley — and in turn, Dumezweni — is a forced to be reckoned with. She carries herself and speaks with an earned level of confidence. She is excellent at her job, she knows she is excellent at her job and she won’t spare feelings in order to keep excelling; Dumezweni sells this confidence right out of the gate.

In the role, Dumezweni is a quiet scene-stealer. She doesn’t play the part loud or flashy, but rather sneakily demands your attention. Oftentimes, you don’t realize how captivated you are until the scene cuts and she’s off-screen, and you’re wishing the camera had followed her instead. It’s a remarkably forceful presence that feels larger-than-life, yet somehow lived in. It’s become cliché to deem a performance a masterclass in acting, but never has the term been more appropriate. There are great roles, and then there are star-making roles — and when, meeting with Haley while awaiting trial, Jonathan asking “Is that supposed to be funny?” causes Dumezweni to tilt her head and quietly, coldly proclaim “I’m not funny” without missing a beat, the scale couldn’t have tilted further towards the latter.

Haley Fitzgerald was not an easy character to play in the slightest. From her first meeting with Grace, we get the sense that she doesn’t believe in Jonathan’s innocence. In the episodes that follow, she’s the key player in throwing the jury — and the audience — off his tracks. Haley had the challenge of convincing others of this lie; Dumezweni had to sell it — and sell it she did. Throughout the tense, high-stakes trial that occupies most of the latter episodes, Haley’s veneer never cracks. Even as it became increasingly obvious that Jonathan did, in fact, commit the murder, Haley’s unrelenting methods of covering up this truth plays a major part in keeping audiences on edge — mostly thanks to Dumezweni’s stone-cold portrayal.

Though the performance is being touted as Dumezweni’s breakout role, she’s no stranger to acting. She has more than made a name for herself on London’s West End, where she won an Olivier Award back in 2006 for her role in A Raisin in the Sun. Also on stage, Dumezweni originated the role of Hermione Granger in Harry Potter and the Cursed Child on both the West End and Broadway— a performance that earned her both her second Olivier nomination, and her first Tony nod. On screen, The Undoing is not the last we will see of Dumezweni; This year alone, she has appeared as a main cast member on HBO Max’s Made for Love, and made a guest appearance playing Elektra’s mother on the final season of Pose. Additionally, she has landed a role in the upcoming Little Mermaid remake.

It is hard to imagine The Undoing without the lifeforce that was Haley Fitzgerald, and it’s even harder to imagine anyone else in the role besides Dumezweni; For this, I believe the performance should be a no-brainer for an Emmy nod.

The Undoing is currently available to stream on HBO Max. Noma Dumezweni is Emmy eligible for Outstanding Supporting Actress in a Limited Series, Anthology Series or Movie. 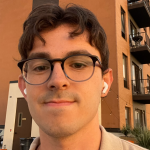 Jake Mauriello is a cultural reporter in-training, with a specialty in the movies, shows and music that make gay people turn their heads in public. His bylines include Bandsintown and Hudson Valley Magazine, and he takes pride in being a Capricorn sun/Alexis Rose moon/Swiftie rising. You can find him on Twitter @carlyraejakesen.