In the canon of Christopher Nolan films, Tenet is the same thing in reverse, and that’s not a bad thing

SATOR AREPO TENET OPERA ROTAS is an ancient Latin palindrome first found written in the remains of Pompeii, Italy. Its middle word was chosen to be the title of Christopher Nolan’s mega-budgeted action espionage thriller, but the other four words can also be found in the film. In fact, the film’s (literally) explosive opening sequence takes place in a Ukrainian opera house. Here we meet our unnamed lead character, a CIA agent (John David Washington) who we get to know only as the Protagonist, because that’s what he called himself. His undercover mission goes badly and he is tortured for hours. He was willing to die before talking, but because he passed the test, he gets to know about one word: Tenet.

”Don’t try to understand it, feel it,” a scientist tells him and this goes for all of us. Someone in the future has developed a device that allows a person or an object to move in reverse time. It is inversion and not exactly time-traveling, they clearly say, but with that you are able to right the wrongs in the past, or do just the opposite if you’re a villain. Like in Back to the Future, it is not advisable to meet your own self when playing with time.

The 200 million dollar Tenet is grandiose, bold and a lot to take in one sitting, so a proper review might be more suitable after a second or even a third viewing – which one should see in IMAX if possible. So many science fiction films (Blade Runner, A.I. – Artificial Intelligence, to name a few) have been wrongly judged in the past upon initial release, only to be praised decades later. Tenet may be one of them, because it is certain that many people will absolutely hate it for its complicated premise and nearly incomprehensible presentation. Many people will surely defy the logic, but the storyline itself is quite simple as it is a very James Bond-esque spy thriller with somewhat exotic locations around the world. How they move from one country to another so seamlessly is another thing. More than half of the film takes place in Northern Europe (Estonia and Norway), especially in Tallinn where a complex car chase sequence was shot. In India we get to see a reversed (of course) bungee jump, from the ground onto the rooftop.

Without spoiling anything, the film’s spectacular finale is really something in technical point of view and definitely demands multiple viewings. This is how the film was designed. You need to see it more than once and when theaters are half-empty these days, maybe this is exactly what is needed right now. Warner Bros. is taking a huge risk and Tenet‘s success seems to dictate the fate of Hollywood for the rest of the year. All major studios are watching.

Right from the beginning, after we hear the opera house orchestra’s tuning, we learn that Nolan had chosen his composer wisely. Ludwig Göransson’s score is one of year’s best and naturally it is partially reversed as well. End credit song “The Plan” by Travis Scott is fitting and lyrically adds to the story, although one can wonder if something in the style of New Terrain (also Nervous) by the wonderful Danish pop rock group Mew would have been more appropriate. That whole song plays perfectly in reverse even with complicated lyrics. Or maybe using such a song would have underlined too much?

Even at tightly-edited 150 minutes (by indie-favorite Jennifer Lame), Tenet is not a perfect film. It lacks heart, which is common in Nolan’s films. It tries to be dramatic, especially what it comes to the plot between Elizabeth Debicki and Kenneth Branagh, and from which UK decided to cut nine seconds from to get a lower rating. What happens here is definitely nasty. Both aforementioned actors are perfectly fine in their roles. Nolan can direct actors, we’ve known this for years. Washington in the lead is perfect and as we already saw in Spike Lee’s BlacKkKlansman, he can carry a film on his shoulders. In Tenet this is even more evident. Robert Pattinson is here (trying) to explain a lot of the physics and his delightful character is probably the most enjoyable to watch on screen. A true Nolan-regular, Michael Caine appears in one scene that could have been cut without even hurting the film.

Oscars are going to be all over the place next year, so it is hard to say where Tenet will land, but Academy voters probably don’t want to vote for this kind of head-scratcher for Best Picture, but it can easily snatch five or six technical nominations. Awards-wise the route is similar to that of Interstellar even when Tenet in many ways is closer to considerably easier Inception and even his early work Memento.

Warner Bros will open Tenet in some international territories on August 26 and starts playing in the United States on September 3.

Tero Heikkinen is a Finnish film critic who has written reviews for more than two decades. He is also an Oscar enthusiast who was one of the few that predicted Parasite’s Oscar win six months before the show. He also wants to be a screenwriter and hopes to direct a movie in Finland some day. 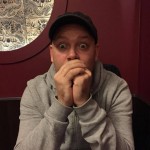 Amelia Merrill June 15, 2022
‘Lightyear’ review: Pixar reshapes the stubborn space ranger into a relatable hero and almost takes representation to infinity and beyond [Grade: B]