This month, when the nominations for the 94th Academy Awards were announced, Ryusuke Hamaguchi’s Japanese arthouse film Drive My Car managed to crack the Best Picture field despite having an unproven awards distributor (Janus Films) and mainly a critic-driven campaign. As a result, it’s the first Japanese film in history to be nominated in Best Picture and the 13th non-English language film ever to do so. Parasite achieving its ground-breaking Best Picture win a few years ago is further proof that international titles can be properly rewarded outside their own category. Imagine if we had a foreign language title nominated every single year. You might not have to imagine much longer as this is the fourth year in a row that it’s happened.

For this list, I compiled a list of ten films from the past decade that were worthy of a Best Picture nomination. I even chose films that came out in years where we did have a foreign language title nominated to dispel AMPAS’ unofficial rule that there’s only room for one per year, especially since the Best Picture field is once again at a firm set of ten nominees.

Without further ado, here’s the list, in chronological order.

Jacques Audiard’s Rust and Bone is its own kind of romantic drama. Not a typical one where as a man and woman find each other, sparks immediately fly as they blissfully experience the ups and downs of relationships. Instead, it serves as a gritty meditation on love and intimacy. Once aspiring fighter Ali (Matthias Schoenaerts) and whale trainer Stephanie (Marion Cotillard) cross paths and engage in casual sex, with Ali serving as Stephanie’s caretaker after a terrible accident, the film begs the question as to whether you can have sex without love getting in the way. It’s also aided by exemplary performances from its two leads. Marion Cotillard is perhaps the best she’s ever been as the detached yet bewitching Stephanie while Matthias Schoenaerts gives an expert Brando-esque blend of vulnerability and physical prowess. 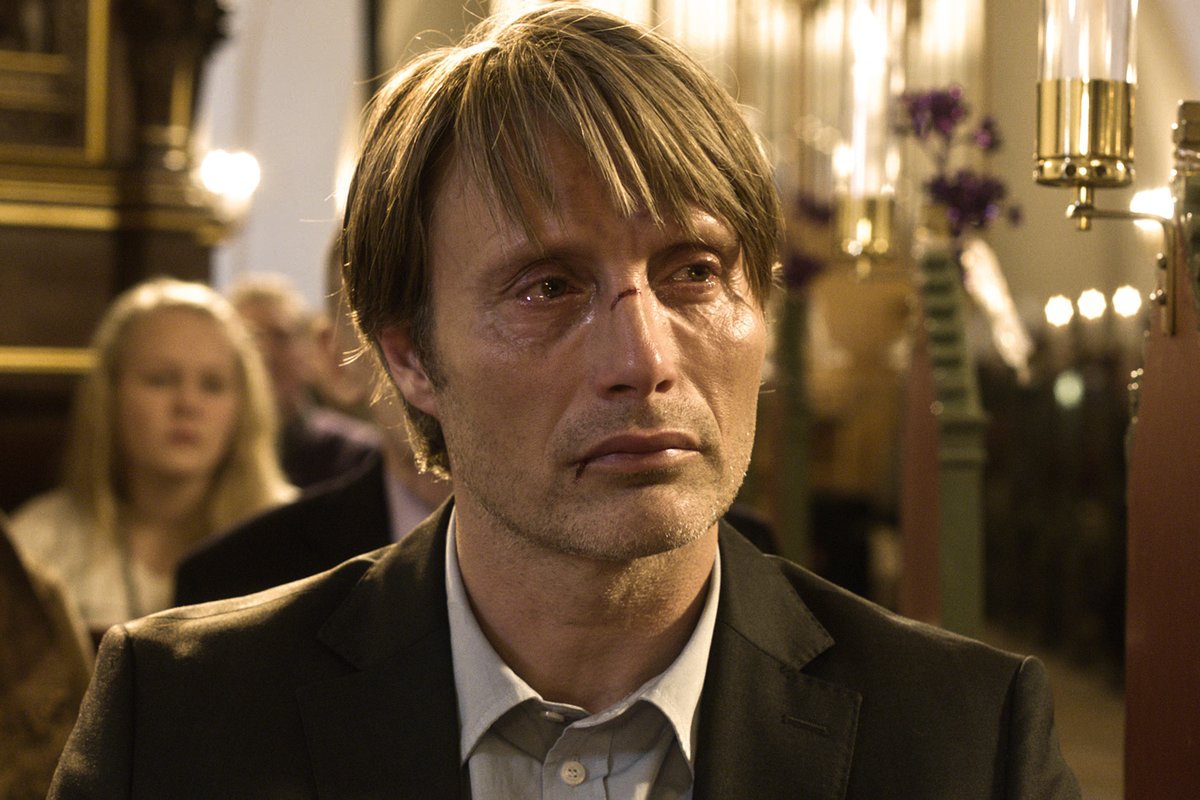 Before director Thomas Vinterberg won Best International Feature for Denmark with Another Round last year, he and Mads Mikkelsen collaborated on The Hunt, a tense drama that isn’t categorized as a horror film but almost feels like one. Only the villain isn’t a boogeyman under the bed or a ghost, but suspicion and hysteria that tears a small peaceful community apart after Lucas, a beloved schoolteacher (Mikkelsen), is accused of sexual assault. Scenes like a mysterious figure throwing a stone through Lucas’ window as it hides in the darkness expertly play up the film’s horror aesthetic along with the chilly cinematography by DP Charlotte Bruus Christensen. A superbly haunting piece of work. 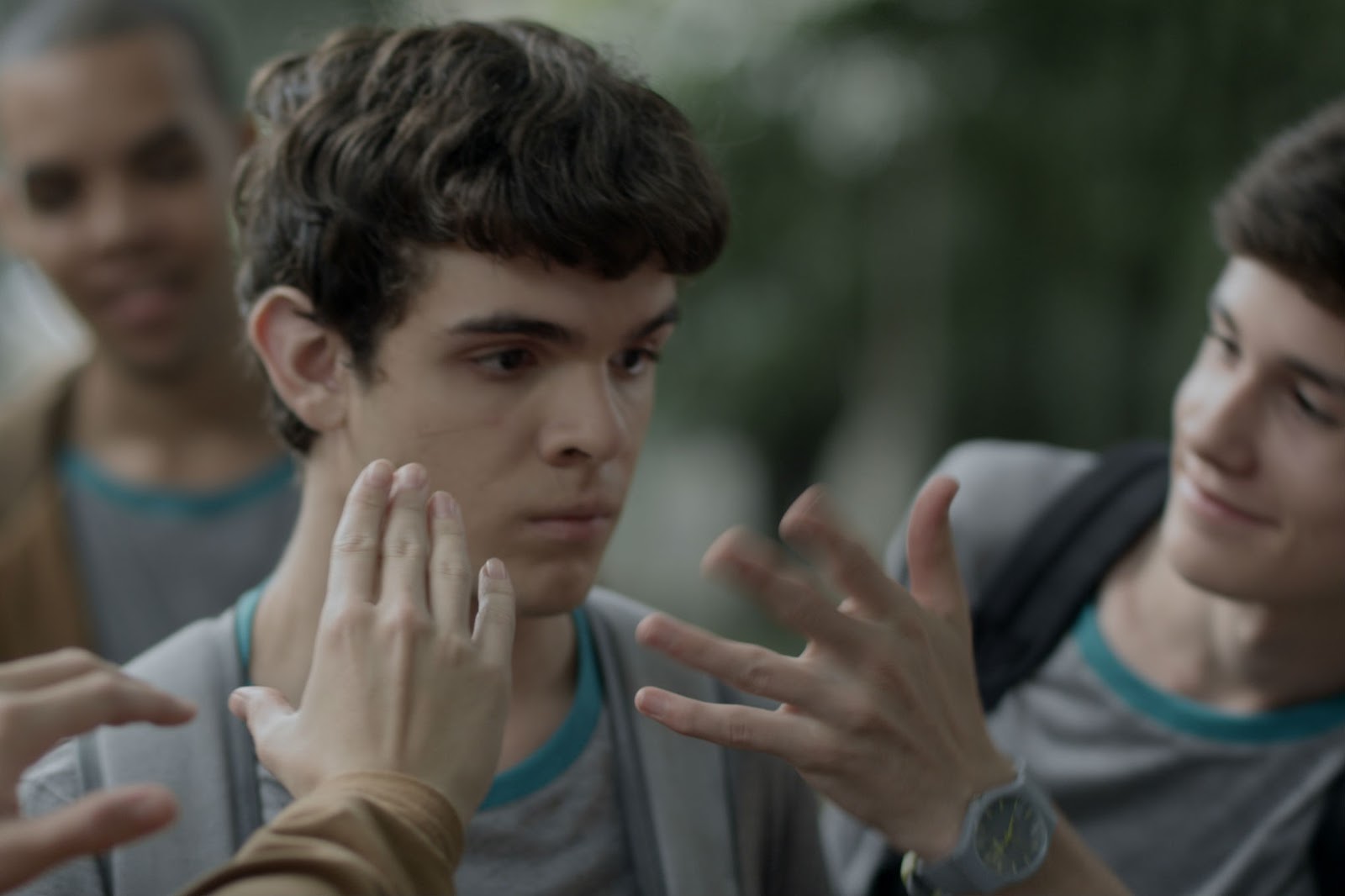 The unsung Brazilian pic The Way He Looks by Daniel Ribeiro is one of those movies I could gush over for days on end. It’s a simple coming-of-age story about a blind boy (Ghilherme Lobo) trying to express his feelings for a new student (Fabio Audi) that is massively winning thanks to its relatable storyline and the use of Belle & Sebastian in the soundtrack. When it comes to Oscar traction, the farthest it got was being the Brazilian selection for Best International Feature without making the shortlist or any strong critical backing. But one should still give The Way He Looks a quick glance anyhow and thankfully can as it’s available to rent on various streaming platforms.

Much like I Carry You With Me, The Handmaiden is another film that proves an awards chances for a non-English language film shouldn’t be dictated by whether or not they’re a country’s International Feature submission. Although The Handmaiden won heaps of acclaim, including critical plaudits for its cinematography, acting, and directing, it was The Age of Shadows that was the South Korean submission at the 89th Oscars. Having not seen The Age of Shadows, I can’t say how deserving it was at being chosen. What can be said is that The Handmaiden received proper recognition from those who did reward it. Everything from the detail on the craftsmanship to the central performances from Kim Min-hee and Kim Tae-ri as two lovers who gradually dismantle toxic patriarchy is masterfully brought together by auteur Park Chan-wook.

2017 was unquestionably a banner year for LGBTQ+ cinema. Between Call Me By Your Name being nominated in Best Picture and the Chilean trans drama A Fantastic Woman winning Best International Feature, the Oscars somewhat reflected that. I say somewhat because BPM (Beats per Minute) was disappointingly left off the International Feature shortlist and shut out in general. Whether it’s because of its 2.5 hour runtime or the graphic sexual content, it’s hard to know exactly why it didn’t receive proper love. Yet, it remains a crucial piece of viewing. Inspired by co-writer/director Robin Campillo’s involvement in ACT UP, BPM follows a group of AIDS activists as they call for the French government to take proper action, interjecting jarring protest scenes with occasional moments of humor and jollity. Both vibrant and shattering, BPM is among the best movies ever to depict the HIV/AIDS crisis. 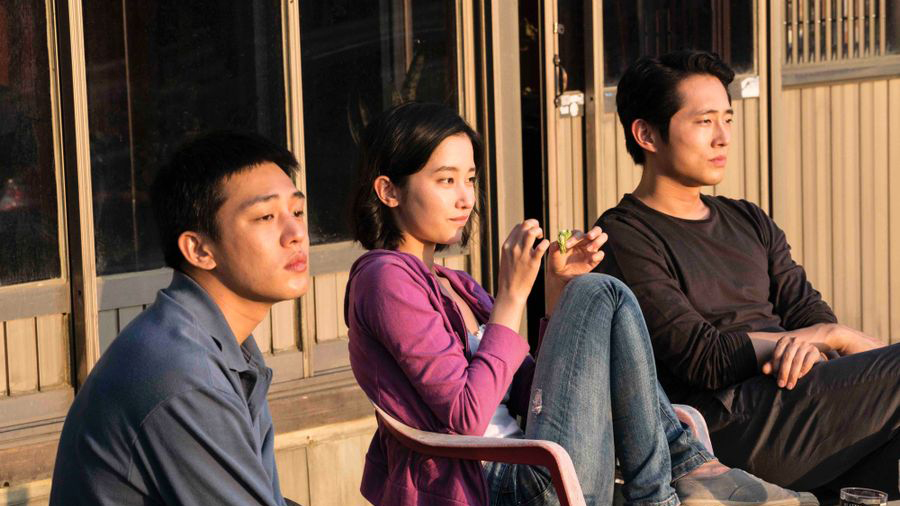 Much like the aforementioned Drive My Car, Burning is proof that Haruki Murakami short stories make great film adaptations. Based on the story “Barn Burning,” Burning is a spellbinding psychodrama that may take a few viewings to piece the puzzle together. Yet, its ambiguity is what makes it appealing. That along with the picturesque frames captured by cinematographer Hong Kyung-pyo and also, Steven Yeun’s award-winning performance as the enigmatic Ben. The erotic tension between him and Lee Jong-su (Yoo Ah-in) is as smoldering as any film scene involving physical sexual contact and helps Burning live up to its title. More importantly, it’s a spellbinding filmmaking exercise from director Lee Chang-dong that earns every minute of its long runtime. 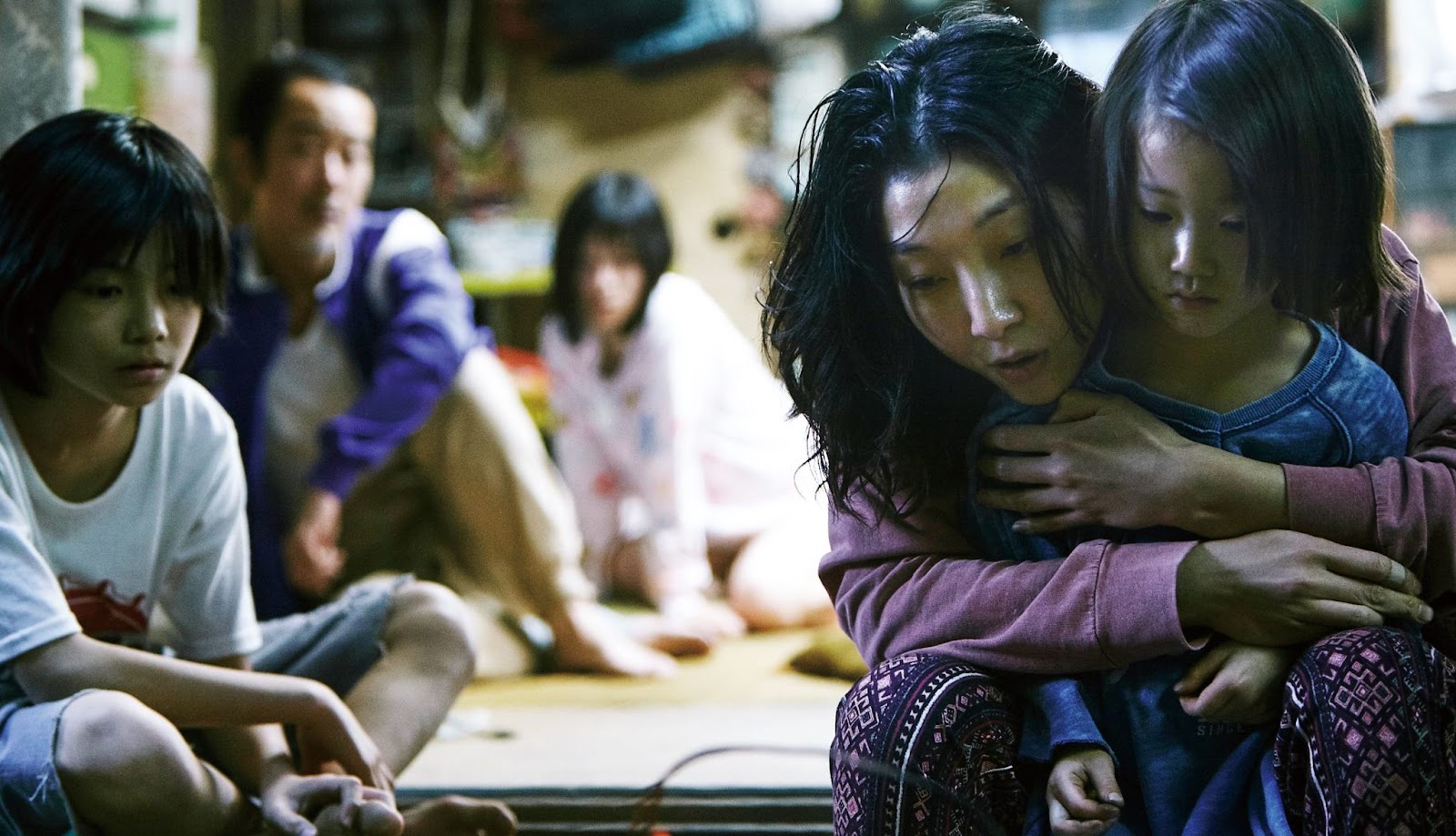 As the old saying goes, “Family isn’t always connected by blood.” That mantra serves as the thesis for Shoplifters, the masterful Palme D’Or-winning drama by Hirokazu Kore-eda. Once the Shibota clan takes in Yuri (Miyu Sasaki), a neighborhood girl neglected by her family, the nurturing they provide in a less ideal setting hammers down the central theme while the acting ensemble gives naturalistic, in-sync performances. Chief among the ensemble is Sakura Ando as family matriarch Nobuyo. Besides the film missing Best Picture, her gaining little Supporting Actress traction is a dismaying oversight. 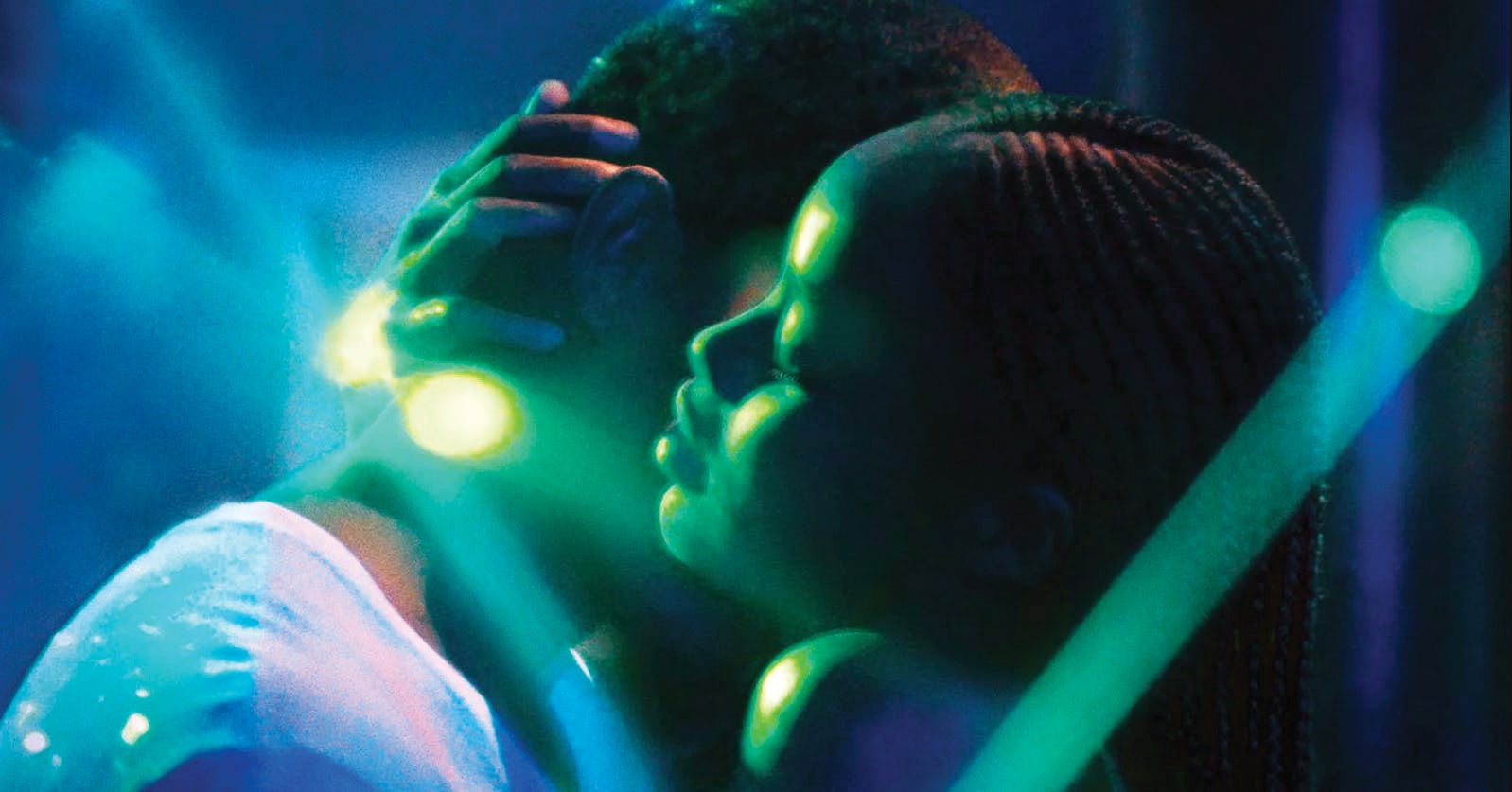 Mati Diop’s feature directorial debut is a genius love story with an oceanic scope. It’s a love story, class commentary, and ghost tale all rolled into one and Diop seamlessly weaves all three genre elements together. Additionally, the picture’s haunting atmosphere and serene romantic feeling are reflected in the Oscar-worthy score by Fatima Al Qadiri. Tracks like “Body Double,” which interweaves eerie rattling with tranquil keyboard sounds, play a vital role in Atlantics being a transcendent romance that ruptures the senses. One can’t help but wonder what kind of artistic vision Diop has planned next. 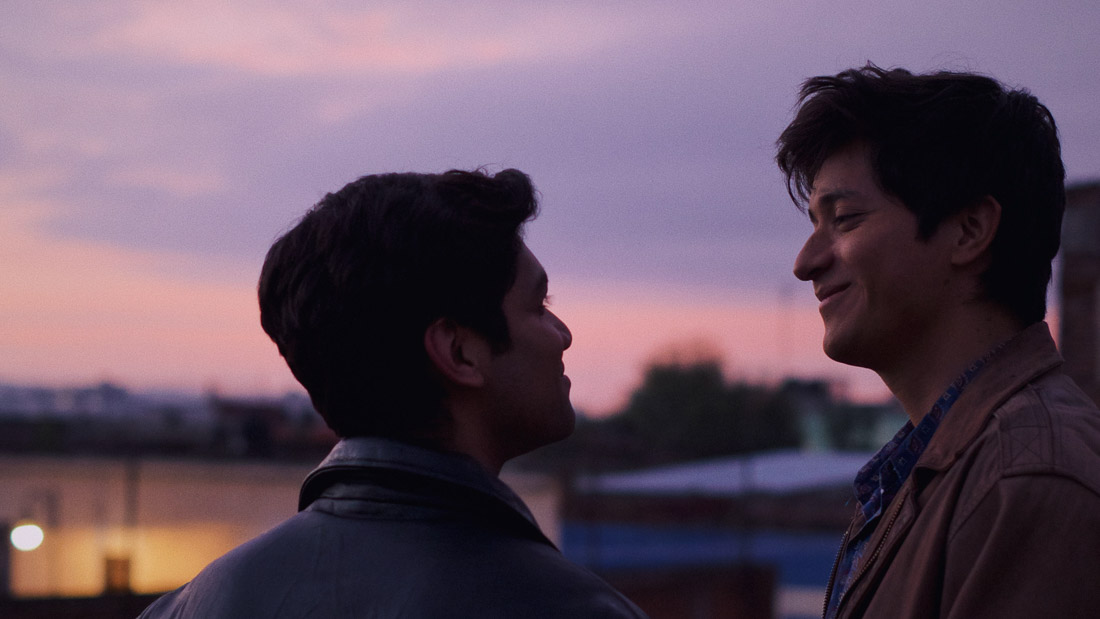 Director Heidi Ewing’s narrative feature debut is an effective telling of how love can transcend both time and distance. Ewing even infuses her documentary sensibilities by following the present-day lives of chef Ivan and his partner Gerardo while dramatizing their younger years. After a chance encounter at a gay bar, Ivan (played by Armando Espitia) and Gerardo (played by Christian Vasquez), their blissful romance became put to the test once Ivan migrated to the US to build a better life. The journey from then to now, and from fiction to nonfiction, captivates due to the vivid cinematography by Juan Pablo Ramirez, the buoyant chemistry from actors Espitia and Vasquez, and its commentary on love and the sacrifices that come with the pursuit of the American Dream.

This Palme D’Or-winning masterpiece is not just a film, but an experience. When it begins, it serves as a slice-and-dice slasher movie before morphing into an intimate body horror family drama once Alexia (Agathe Rousselle) poses as Adrien, the long lost son of fireman Vincent (Vincent Lindon). Thanks to the uncompromising directorial vision of Julia Ducournau, Titane resonates thanks to its touching depiction of two broken people yearning for connection as much as it repulses with the grotesque violence and bizarre climactic birth sequence. Between this and Raw, another body horror gem, we might have Ducournau as a successor to David Cronenberg.

Like Loading...
Tags: 120 bpm atlantics burning i carry you with me rust and bone shoplifters the handmaiden the hunt the way he looks titane

‘80 for Brady’ review: Four living legends take the ultimate girls trip to the gridiron in this heartfelt retirement comedy

Sophia Ciminello January 30, 2023
Queer love at the end of the world: ‘The Last of Us’ just gave us the best episode of television in a long, long time

Queer love at the end of the world: ‘The Last of Us’ just gave us the best episode of television in a long, long time

Erik Anderson January 28, 2023
From Adam to The Mayor to Glory, ranking of every Big Bad on ‘Buffy the Vampire Slayer’

From Adam to The Mayor to Glory, ranking of every Big Bad on ‘Buffy the Vampire Slayer’