In Sally Potter’s reality-hopping drama The Roads Not Taken, all the staples of prestige awards-courting Hollywood are present for better or worse. Pushed by big money production outfits Universal Studios and Focus Features (Bleecker Street in the US), it brings British arthouse director Potter to the States with an all-star cast in tow. Javier Bardem is Leo, an aging writer whose mind has deteriorated from an unspecified mental affliction. Living alone in a dingy New York apartment, he is cared for by his daughter Molly, portrayed by Elle Fanning, who visits him at home and ferries him around the city for his essential health checkups. To nullify the restrictive drudgery of his existence, the inarticulate Leo escapes into parallel lives, imagining what could’ve been and giving Bardem the chance to craft lightly divergent performances to embody subtle variations on the same man. It’s lucky that he’s given such an opportunity, because the real-world Leo is an unfortunate amalgam of the worst clichés in cinematic depictions of mental disability – an unimaginative throwback infecting the heart of the film, squandering most of its opportunities to offer something truly original or worthwhile.

At a modest 85 minutes’ runtime, The Roads Not Taken is an undeniably stripped-back affair, not least because, following purported negative test audience reactions, an entire segment in which Leo imagines an alternative life with Chris Rock portraying his gay lover has been lifted from the film entirely. As it stands, Leo escapes into only two parallel realities in the complete film. In one, he remained in his home country of Mexico and is still with his first love Dolores (Salma Hayek). In the other, he is a successful writer, having absconded to Greece years before to escape the responsibility (or ‘distraction’) of an infant Molly and his ex-wife Rita (Laura Linney).

Transitions between the three worlds are elegantly realised by Potter, with the cacophonous ambience of New York and the drab, blank plaster walls of Leo’s apartment there juxtaposed with the expansive quiet and vibrant pinkish hues of his Mexican homestead, or the lapping of the Mediterranean and the oceanic blues of the Grecian bay. Sound and motion spill between dimensions at moments of transition, and the viewer slips from world to world alongside Leo.

Working at its best, The Roads Not Taken serves as something of a companion piece to Potter’s seminal 1992 breakthrough Orlando. Where that Tilda Swinton-starring, gender-bending Virginia Woolf adaptation moved forwards in time to push its Elizabethan hero(ine) into the present day, The Roads Not Taken instead slides side-to-side, dealing with a different kind of atemporality. A nifty conceit for cinematic storytelling, it is let down by the film’s slightness and its inability to take full grasp of its few truly interesting ideas. The two side-realities are under-realised, with their divergences from the real world communicated clunkily through dialogue and their ultimate resolutions as a result feeling unearned and undercooked.

But most egregious of all is, of course, the exploitative, dubious realisation of Leo’s character in the primary narrative. Inexpressive, despondent, drowsy and childlike, he’s a shameful stock-type, calling to mind antiquated predecessors such as Rain Man or Forrest Gump. Bardem is doing his best with the material here, building in a sweetness and a melancholy to evoke the man behind the illness, but by leaving the cause of Leo’s illness unspoken (Perhaps head trauma? Brain damage? A hereditary condition?), Potter allows ambiguity to signal toxicity. One intriguing avenue tossed up but ultimately sidelined is the harsh treatment of Leo, a Mexican immigrant with full US citizenship, by white American strangers who encounter him in public – most notably one woman who screams at him to “get out of my country” when he mistakenly steals her dog in a supermarket while dreaming of his own long-dead pet Nestor. This traumatic re-‘othering’ of Leo more than 30 years after his arrival in the States could have been rich ground to explore, but it ultimately amounts to this and a few other minor incidents in the finished film.

Its stacked cast of game, accomplished performers keeps The Roads Not Taken ultimately watchable throughout. Fanning is especially impressive as Molly, alluding to wisdom beyond her years and meeting Bardem’s performance with a careful balance of patience, affection and whimsy. She elevates large swathes of clumsy dialogue that render any subtext inert. Meanwhile Linney adds a knowing sparkle to her fairly rote role as Leo’s spurned ex-wife, and Hayek’s minimal appearances include a two-hander with Bardem that keenly evokes Almodovarian family melodrama near the film’s climax. It’s almost all for nought, however, as neither Potter’s nor her cast and crews’ considerable talents can wash out the exploitative funk baked into the fibres of this flick.

Ill-advised, under-developed and unashamedly acclaim-baiting, The Roads Not Taken is a waste of time for all involved, its viewers more so than anyone.

This review is from the 70th Berlin International Film Festival. Bleecker Street will release The Roads Not Taken in the US on March 13.

Rhys Handley is a journalist and campaigner based in London, England. As a film critic, he is interested in representations of class difference and masculinity onscreen. He has written for BFI/Sight & Sound, Vague Visages, CineVue and One Room With A View among other titles. As a conscientious journalist, he devotes his time to addressing structural inequalities in society, especially in respect to disadvantaged young people. A devoted Talking Heads fan, he has still yet to watch Stop Making Sense. His favourite films include Rushmore, Sexy Beast and Kes – the latter of which reminds him of his Yorkshire hometown. 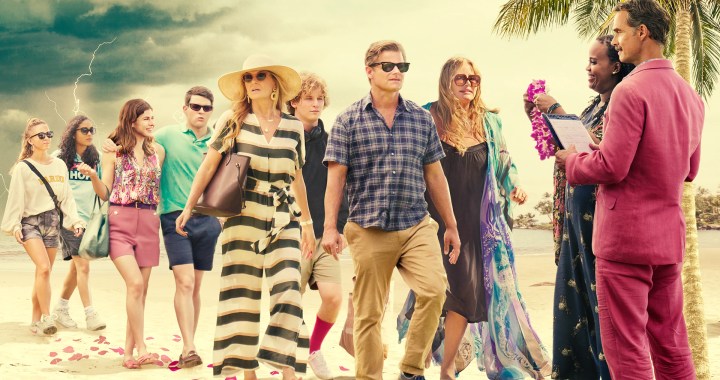