Adam McKay’s Don’t Look Up opens on a quiet scene of Jennifer Lawrence’s character, Kate, going about her normal business as an astronomer. Making a big discovery, she tells all her work colleagues in excitement, including Dr. Randall, played by Leonardo DiCaprio. This excitement soon dwindles into fear, as they realise they’ve discovered the future end of the world.

That feeling we get at the end of the build-up of that scene is what carries us throughout ‘Don’t Look Up’, then we’re in for a fast-paced, energetic, funny, amazingly acted movie, and by far and away is Adam McKay’s best movie to date.

Any movie like this can always be its worst enemy. Having such a huge cast sign on to your movie can be a massive ego boost, fooling anyone to believe that just because they have a stellar cast it means their film is bound to be perfect. This makes the director lose sight of what they were really trying to make in the first place, makes all passion go as you think you’ve won the race already. Don’t Look Up doesn’t suffer from this issue. In fact, every single character is necessary.  McKay directs the actors to act the opposite way to how we’re used to viewing them, thus highlighting how absurd the film is, therefore highlighting the absurdity of real life. For example, we have handsome, confident Leonardo DiCaprio playing a shy, fundamentally weak man. Lovable Jonah Hill acting as the cocky son of the president of the United States, so fixed to what he wants he doesn’t know how much of a fool he is. Then there is the clean mouthed, queen of actresses Meryl Streep, playing the foul mouthed, heavy smoking and equally emotionally withdrawn as her son, President of the United States. OH! Did I mention Mark Rylance plays a Steve Jobs level tech giant? I meant what I said.

Because that’s ultimately what Don’t Look Up is about, a huge criticism on how crazy the world has gotten over the years. How we live in a world where the government sees a tragedy waiting to happen but would happily let the worst of things happen just for another gain they can get out of something, trading one issue for another, in this case the world potentially ending for money.

This is what I truly love and appreciate about McKay’s latest film. We are so in deep with society and social media it’s just a way of life at this point, to the point we rarely acknowledge when something is truly ridiculous, because we’re just so used to it. It’s nice Don’t Look Up is here to ground us and to reassure us what we think is right, THE WORLD HAS GONE NUTS.

I keep beating around the bush when it comes to the cast, so I’ll say it in black and white right now, each and every member of the cast has their moment to shine and there honestly wasn’t a false note anywhere. I was super worried that the cast here is so huge that McKay wouldn’t even know where to place the camera at times. Whilst some supporting characters get more attention than others, everyone’s character is special in some way and McKay clearly took the time to make sure he just wasn’t writing everyone the same in terms of how they act or talk, everyone feels like they have a wholly different back story to tell.

It feels cliché to say, but the stand-out here is Leonardo DiCaprio. With The Revenant, Once Upon a time… in Hollywood and now Don’t Look Up, I’m really beginning to appreciate this new wave of performances we’re getting from him where he seems much more emotionally vulnerable. We got so used to him playing hardened cops or criminals and real-life figures that it’s nice he’s decided to take his career in a different direction to show his talent is still there, and this was far and away a false note from him.

Cate Blanchett is a supporting standout as a high energy, overly confident and positive daytime news show host in the style of Fox News. Making fun of how NOT woke some people are these days, we have racist, homophobic… basically anything discriminative you can think of, Ron Perlman, playing the astronaut who is going to help save the world. Arianna Grande is basically playing a simpler version of herself, as a pop star who is trying to act woke so jumps on board the ‘Just Look Up’ campaign, appropriately the same name of the original song which features within the film. As soon as a camera is put in front of someone it makes acting all the more harder even if you are playing yourself, so Grande does a very respectable job, this being her first role. Timotheé Chalamet comes along halfway through the movie to what seems to be just a comedy sidekick, but right at the end when you least expect it, he captures the whole heart and soul of the movie in one monologue which will have the audiences welling up with its sentimental value.

The only weak link to the cast is Jennifer Lawrence. She doesn’t have an awful lot to do and for someone who has been advertised as the co-lead she seems to disappear halfway through the movie. There is no character arc to her and in hindsight I’m disappointed with where her character ended up. There is so much more McKay could have done with her character near the end and I think he missed an opportunity to make it all the more emotional with her character. I should mention she acts perfectly fine, there just isn’t enough there for her which is a shame as she is an immensely talented actress.

McKay has proven with Don’t Look Up he has developed as a filmmaker. If you’re a fan of his like I am you’ll know he makes in your face, aggressively fast paced movies, and if you love that you’ll definitely get it here, but there is a whole other side to be examined here. Whilst The Big Short and Vice were critiques of a time or person he really does not agree with on a fundamental level, Don’t Look Up is a non-fiction story which gives him room to be more vulnerable and tell a story that’s dear to his heart, the way in which he thinks the world is turning for the worst. So, a big bravo to Adam McKay for taking his next step forward as a filmmaker.

Don’t Look Up is the funniest movie of 2021, period (though it’s kinda easy as it’s been a bit of a dry year for this genre). But it deserves an extra gold star for being funny to make a message. The biggest and best example is Mark Rylance playing a tech giant who uses the asteroid hurtling towards earth to get cell phone minerals. It wants you to laugh at the absurdity to realise that in fact all that’s happening in the plot isn’t all that far-fetched. I mean, doesn’t the Rylance character’s plan sound weirdly familiar?

The most essential part of Don’t Look Up is the editing as it’s what tells this very specific story with the energy McKay desired from it. Hank Corwin in McKay’s two previous films used a much more energetic style of editing. Here, it’s a little different. He seems to be a lot more comfortable with letting a scene or a camera shot breathe. This goes to show the power of the screenplay as McKay has such confidence in his style of writing for this film, he feels he can let his editor move away from their previous style and try and make the editing more mainstream. There are still Adam McKay-isms here that we are used to but it’s a lot less common and when it does happen it’s there for a much bigger reason.

Nicholas Britell returns as McKay’s trusted composer. His score in this is a lot less subtle then what we’re used to, probably because the score here is being used to show how high stakes the two leads mission is. Whilst very listenable, unfortunately it’s far from his best and is a little overbearing at the start. Not to say it’s bad, it just isn’t what I’d want from Britell, I just will always appreciate his subtle style.

However, when all is said and done, these are just my nitpicks and McKay has far from let me down with his latest outing. He clearly is a passionate man and wants to be able to criticise whilst also entertain, a fine line when you don’t want to come across as pretentious or too full on, but he does it effortlessly. Don’t Look Up is a riveting story about how we are too in deep with modern society, and how we should just look up at what’s really going on in the world.

Don’t Look Up is currently in select theaters and will be on Netflix December 24. 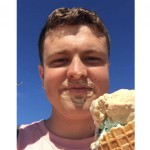 From a young age Benji knew he had a passion for all things movies, being able to use a DVD player before he could talk. When he discovered a thing called the ‘Oscars’ on the radio one morning, it changed his outlook on film and made him much more aware of the business side of things. He would stay up all night to watch the Academy Awards, and now that same kid gets to meet the potential/already nominees and meet some great inspirations of his.