Sometimes filmmakers reach out to musicians to request a contribution for their specific movie being made. Collaborations like these bring originality to a film, providing a musical score written solely for the storyline being told. Certain songs have certainly stood the test of time, being recognized in familiarity with the films they came from. Here are ten great stories that are behind songs written just for films.

BJ Thomas had many hit songs throughout his career including Sundown, If You Could Read My Mind, and Hooked on a Feeling, which are all very well known. Originally, artists Bob Dylan and Ray Stevens were approached for this song in particular, but were both too busy to take it on.

Thomas was actually recovering from laryngitis at the time of recording and had to record the song seven times over before the producer was satisfied. This actually made his voice sound more abrasive with added vocal fry, giving it a really satisfying timbre for the song. The single won the Oscar for Best Original Song, also succeeding in being Number 1 on the Billboard chart in both the US and Canada.

The Boss himself, Bruce Springsteen, wrote this song for Jonathan Demme’s film when Demme approached him saying he wanted something for the film that could be played in malls. Springsteen performed a rough version of the song for Demme and his wife initially after coming up with the melody, which had them both weeping.

Springsteen played all of the instruments in the 1994 recording that was released as part of the film’s soundtrack, and it became more popular in Europe, reaching the number 1 spot in Germany, France, and Austria, in addition to winning the Academy Award for Best Original Song and four Grammy Awards.

Pop-culture at its finest. Ray Jay Parker Jr. only got a few days to write the song when approached by the movie producers and found his inspiration on late-night TV commercials, which is why the song has a “commercial jingle” influence to it.

Initially, Lindsey Buckingham was approached to do the song due to his hit with the National Lampoon ditty Holiday Road, but he turned it down because he did not want to be known as a “soundtrack artist.” Parker’s hit did go to number 1 on the Billboard charts in the US, and was nominated at the Academy Awards for Best Original Song (where it ultimately lost to Stevie Wonder’s hit “I Just Called To Say I Love You”). It was covered in 2016 Ghostbusters reboot by Fall Out Boy, though without the same popularity.

Bob Dylan not only wrote this track, but he penned the film’s entire soundtrack. It became an international hit after the release two months after the debut of the movie, reaching the top 10 list in several different countries. This song actually was covered by many well-known artists like Eric Clapton and Guns N’ Roses, in addition to being used in other movies such as Lethal Weapon 2 and Days of Thunder.

This song was composed specifically for Audrey Hepburn to perform by Henry Mancini and Johnny Mercer. It was reminiscent of Mercer’s childhood, giving the song its innocence, which was a perfect combination with the melancholy of Hepburn’s character in the film. The song did win Best Original Song at the Academy Awards, and the Grammy for Song of the Year. This is another track that took on many renditions by other artists, such as Andy Williams and Jerry Butler, aiding their successful careers.

Although the song Danger Zone by Kenny Loggins is also a song that was made for this movie, Take My Breath Away by Berlin is the more sentimental of the two, and also was the winner of both the Oscar and Golden Globe for Best Original Song. When the demo of the song was presented, it impressed director Tony Scott and his producers so much that they actually decided to film more romantic scenes between Tom Cruise and Kelly McGillis just to feature it. Giorgio Moroder, who wrote the musical backing, said of all the songs that he has produced, this was the one he was most proud of.

Liza Minnelli gives a lovely, dressed-in-red performance of this song within the movie. John Kander and Fred Ebb composed the song specifically for her. However, that’s not where it gained its popularity. As we all know now, everyone equates this song to crooner Frank Sinatra. He didn’t actually take on singing this song until two years after the original movie debut. He would perform it live in his concerts at Radio City Music Hall, and it became so popular that he ultimately made a recording of it.

What most people don’t realize about this hit by Coolio, featuring singer LV, is that the chorus and instrumental background on the track come from a Stevie Wonder song known as Pastime Paradise from the late 70’s.

It has a very famous first line “As I walk through the valley of the shadow of death” (coming directly from Psalm 23:4), and Coolio claims that the song itself was somewhat of divine intervention, or something that wanted to “come to life.” Another interesting fact about the song was that there is no profanity, which is unusual in comparison to most of Coolio’s songs. Initially, it did have some vulgar words within, though apparently Stevie Wonder was against a song with his name affiliated with it having any vulgarity, so it was changed before he listened to the track.

Paul Simon did not want to be involved in writing music for movies, as he viewed it as ‘selling out’ in the musical game. After reading the screenplay for the film and meeting director Mike Nichols, he decided to give it a shot and came up with Mrs. Robinson – and just as well, since the song went on to win the Grammy Award for Record of the Year!

Lady Gaga worked with Andrew Wyatt, Anthony Rossomando, and Mark Ronson to write this track for the famously remade film, drawing on the pivotal moment when Gaga’s character Ally is pulled up on stage by rockstar Jackson Maine (Bradley Cooper) to perform with him.

The song was actually first heard during a teaser trailer that was released for the film, and the snippet immediately went viral, receiving hugely anticipated critical acclaim. The second week after the track was officially released it topped the Digital Songs chart. Gaga discussed the song’s undeniable impact with the sentiment that, like “a very shallow time, it’s a chance for us to all grab hands and dive into the water together.”

One takeaway that is undeniably clear from this list is that, when filmmakers select songs for their projects, original music is an unbeatable way to go. To make the process straightforward, there are actually various companies to license music from that now help filmmakers select customized tracks that can even be written specifically for their project, as if approaching an artist directly. These songs written for movies have received plenty of accolades and have won various awards, many without being the actual “theme” song, which goes to show how much of an impact music can have on audiences when combined with the perfect scene.

Nicole has been obsessed with movies and television since she was a kid, always more enchanted by the logistics of how movies were made than the actors on her screen. She’s a former production assistant and an avid film blog subscriber and contributor who loves spending her free time staying up to date on as many new releases as she can. While Nicole’s days are now spent far from film sets raising her kids, she can still be found reading up on new filmmaking techniques and following industry predictions on the next big hit. 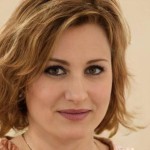