One very quick thing to note for those of you unfamiliar with the Grammys:

Before the actual submissions for the Grammys, a crack team of us here at AwardsWatch decided to make early predictions for the major Grammy awards, as well as a few genre categories. Without further ado, let’s get started! 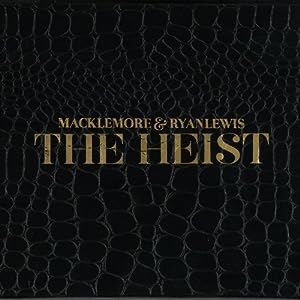 Alt.: Drake, “Nothing Was The Same”

This is really Justin Timberlake’s year, and we’ll all just have to deal with it. He’s America’s sweetheart in music form. That being said, while none of these would come close to my favorite album of the year, they are all huge sellers with great craftsmanship, with most of these performers at the top of their game. My most uncertain choice was for Taylor Swift, as she is a fairly polarizing figure and the album is shaky, being largely a collection of vaguely connected singles. On the other hand, she’s sold millions with “Red” and became the driving force behind a fun Internet meme – she likely won’t be ignored. For my alternate, I chose Drake’s “Nothing Was The Same”. I have yet to give it a full listen, but what I’ve heard is artist-defining, especially lead single “Hold On, We’re Going Home”.

“Black Skinhead” is definitely not the same level hit as most of the songs I’ve selected, but I think it’s his best shot at a nomination for a critically acclaimed album. The song was used prominently in commercial work and did actually chart, so it’s my wild card nomination. Everything else I’ve selected for the writing category is fairly self-explanatory. “Mirrors” and “Just Give Me A Reason” are both popular choices with strong lyrical and musical content; “Same Love”, while it peaked at #11 on the charts, is a well-done message song, and would resonate as a more meaningful submission than, say, “Thrift Shop”. “I Knew You Were Trouble” isn’t a song I particularly like, but damn if it Taylor Swift isn’t popular with the Grammys. My alternate is “Get Lucky”, mostly because Grammy voters, while very likely to select it in Song of the Year, may not feel it to be strongly written. (FALSENESS AND LIES.)

Alt.: “Radioactive”, Imagine Dragons/”My Songs Know What You Did In The Dark (Light Em Up)”, Fall Out Boy

This category was so hard to whittle down, so I did my best. “I Love It” easily qualifies as one of the most omnipresent songs of the year, as do “Locked Out of Heaven” and “Get Lucky”, so they all slip in. “Mirrors” was a monster track for JT, so in it goes as well. I went with “Can’t Hold Us” over “Thrift Shop”, frankly, gimmick songs don’t generally do well at the Grammys (unless you count the greatest Grammy nomination ever, for The Lonely Island and T-Pain’s “I’m On A Boat”). As for my alternatives, this may be where the Grammys throw in one “rock” track (lol neither of these are rock, but neither were half of the banjo bands from last year) – if they do, it’ll either be the high-charting “Radioactive”, which is almost as omnipresent on radio as “I Love It” was, or “My Songs Know…”, which, while it didn’t crack the top ten on Billboard, has basically replaced The Black Keys’ “Howlin for You” as every sports’ arena jam.

This is my favorite category because it makes no sense. Ever. I half-expect them to re-nominate Paramore, in all honesty. (Paramore, if I recollect correctly, lost to Amy Winehouse, which is the only time you will see those two artists in the same sentence.) I predict their WTF nomination will be Robin Thicke – while I feel “Blurred Lines” has far too many controversies plaguing it to be nominated for the main categories (mainly, accusations of ripping off Marvin Gaye and lyrics straight from a rapist’s wet dream), this will likely be his consolation prize for writing a strip-club anthem that people inexplicably enjoyed. Ariana Grande’s “The Way” was an incredible debut track, and I don’t see it going ignored. Icona Pop had a similar phenomenon with “I Love It”. Macklemore and Ryan Lewis became pop royalty in a matter of months, even though, in the words of their own song, were “chasing dreams since [they] were fourteen” – it’s Fun. all over again, but that’s how this category works. My last nomination is for rapper ASAP Rocky, whose “Fuckin’ Problems” charted highest in a crop of new, exciting rappers, though I could see 2 Chainz stealing his spot by virtue of being distilled awesomeness. Have you read his cookbook? The guy is going to be a legend someday.