Album of the Year
Bruno Mars – “Unorthodox Jukebox”
Bruno’s debut scored an AOTY nom back in 2010. His latest features three big hits and a lot of musical range.

Daft Punk – “Random Access Memories”
An epic, sprawling album of disco and electronica which was expertly marketed, embraced by critics and audiences alike, and ended up hitting number one. Lots of collaborations with respected veterans like Giorgio Moroder, Paul Williams, and Nile Rogers make it appealing for the old-school Grammy voters who may not usually listen to dance.

Justin Timberlake – “The 20 / 20 Experience”
Ambitious album from JT. Many have complained about the long-winded tracks though he ended up receiving a lot of love at this year’s VMA’s.

Taylor Swift – “Red”
I find few who can admit to liking her, but this was the biggest selling album within the Grammy eligibility period. I think it’s definitely an improvement and more adventurous record than her AOTY winner Fearless; we’ll see if she can make it in.

I say this gentle, more SOTY friendly (Sheeran was a surprise nom here last year) tune gets in over the more popular “I Knew You Were Trouble” but just a stab in the dark.

Some are dissing the lyrics are trite but those Nile Rogers hooks are killer. I’m hoping for it to make the cut.

The Grammys loved fun. last year more than I thought they would. Maybe they’d give a nod to lead singer Nate Ruess melodic #1 ballad with P!nk here.

It’s really old and played-out now but it’s so Grammys-ish; Bruno Mars delivered a memorable performance at the show for voters last year too. We’ll see. His “When I Was Your Man” would be a contender here as well I think.

The big love song from JT seems to fit the mold of previous SOTY nominees.

Record of the Year
“Blurred Lines” – Robin Thicke featuring T.I. & Pharrell Williams
Monster hit though its had some backlash with its subject matter and its Marvin Gaye inspiration. Not sure if this will affect its chances or not. This is an industry award after all. Plus the performance and production of the song is pretty spotless.

“Get Lucky” – Daft Punk featuring Pharrell Williams
The single of the year in my book. Likely locks for the dance categories but let’s see if the Grammys show love to Daft Punk in the major categories as well. Pharrell Williams could end up getting a lot of nominations this year between this record and “Blurred Lines.”

“I Knew You Were Trouble” – Taylor Swift
Flirting with dubstep & Max Martin’s brain sticking pop hooks, Taylor Swift ended up with one of her best singles. The Grammys fit her in as the likely sixth nominee last year, let’s see if they’ll offer her a spot again this year.

“Locked Out of Heaven”- Bruno Mars
Crisply produced and performed, I say Bruno Mars will get in here despite radio burnout.

Best New Artist
Imagine Dragons
They broke out this year with “Radioactive.” A song that’s been difficult to escape.

Valerie June
Country soul rock singer delivered a pretty amazing record this year. Let’s see if the Grammy’s embrace her (they follow her on twitter). It seems up their ally.

Macklemore & Ryan Lewis
It looks like this is the only lock in this category.

Kacey Musgraves
This country songbird made a splash in Nashville (garnered a bunch of CMA noms) and acclaim for her debut album. Personally I’d be happy if she made it in the major categories.

Emeli Sande
This Scottish pop soul singer has been around for a few years but hasn’t really made a splash in the U.S. until now. She seems like a likely contender here. 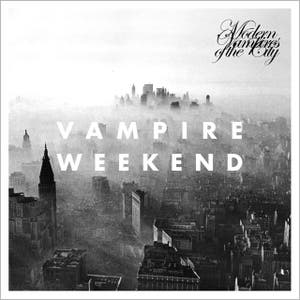 I feel pretty confident in the first 3. I think Taylor Swift might be the weakest of these predictions. Her album came out a long time ago so maybe the Grammys will go for something more recent? If I had to peak what else could be nominated, that would be Bruno Mars, Janelle Monae and Jay-Z, in that order.

This is a competitive category. Of these, I’m only confident in Get Lucky and in whatever is submitted by Macklemore & Ryan Lewis. The weakest would be Blurred Lines for me. And as the alternates I’d choose I Knew You Were Trouble, I Love It and the Justin Timberlake submission.

Another competitive category. I’m pretty confident in Swift, Timberlake and Macklemore & Ryan Lewis. I feel like Bruno Mars will get a lot of love from the Grammys. Other contenders would be Just Give Me a Reason, Stay and Merry Go ‘Round.

Maklemore & Ryan Lewis have this category locked. After that, I’m going with a mix of genres: Country (Musgraves), Pop/Dance (Icona Pop) and Rap (ASAP Rocky). Then I’m predicting Sandé with no confidence at all. I thought she was gonna get in last year with all the exposure from the Olympic Games, so maybe this year it’s too late even though she got success in the US just this year. Probably as an alternate I would pick Lana Del Rey (Great Gatsby song + TOP10 summer hit with Summertime Sadness).

Everyone should be predicting Bruno Mars, really. They clearly adore him, and truthfully, he could even be our winner. I think the fact that he was recently announced as the Half-Time performer speaks to how well he is liked in the industry. Remember, he managed to score nine nominations for his first album.

Daft Punk and David Bowie both had fantastic campaigns and their both albums were lauded. Bowie gets in on pedigree and Daft Punk fills the “cool” slot, on top of the fact that a lot of highly respected people in the industry had a hand in its production.

Justin Timberlake seems to be having a fabulous year, and his last two albums were nominated as well, so that makes perfect sense – on top of fantastic sales, and another “comeback” story.

I really don’t know who to go with for the 5th slot, so I’ve picked a few that seem to fit. If pressed I would go with Taylor Swift, I guess.

Adele in Song of the Year will be the universal groan worthy nomination. It won the Oscar, they’re clearly obsessed with her, it’s a solid song, and 21 is still doing ridiculous numbers for something that’s been out that long. Bruno and Justin should have no problems making into both categories, and “Blurred Lines” and “Get Lucky” seem like sure-fire bets in Record of the Year (I’d predict the latter to win). “Just Give Me A Reason” should be on everyone’s list, too. After last years ceremony, we should be prepared for a win, too.

I’m predicting a Miley upset for a nomination. It probably won’t happen, but I no one should be surprised if it does. The Grammy’s like to pay attention to who’s having BIG years, and she definitely is. I suppose we can see “Wrecking Ball” show up somewhere, too. I’m probably really underestimating Macklemore + Ryan Lewis, but I’m too confused on their eligibility to predict them.

Wouldn’t it be hilarious if Robin Thicke managed his way in here? You never know with the Grammy’s! I really am drawing a blank on this one, but I feel confident that these three will make it in.

Frontrunner Friday Oscar predictions: All quiet on the awards front

‘The 1619 Project’ review: A thought-provoking presentation of Nikole Hannah Jones’s important work in a new format

Nicole Ackman February 1, 2023
Andrea Riseborough (‘To Leslie’) gets to keep her Best Actress Oscar nomination, but at what cost?

Andrea Riseborough (‘To Leslie’) gets to keep her Best Actress Oscar nomination, but at what cost?

‘80 for Brady’ review: Four living legends take the ultimate girls trip to the gridiron in this heartfelt retirement comedy