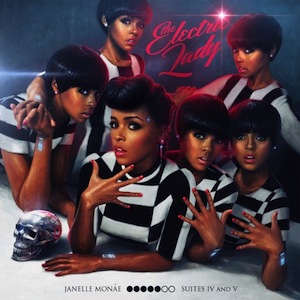 Should Be Nominated:
Chante Moore, “Talking in My Sleep”
Marques Houston, “Speechless”
Monica, “Without You”
Vivian Green, “When Can I See You Again”/”Anything Out There”

Haley: When dlong and I spoke, it was clear that there were four locked nominees: David Bowie’s “The Next Day”, representing the glory days of rock; Imagine Dragons’ “Night Visions”, with its monster single “Radioactive” and its soon-to-be-monster single “Demons”; Paramore’s self-titled album, which completely reinvented their sound for the better; and always reliable Queens of the Stone Age’s “…Like Clockwork”. Soundgarden makes a decent fifth choice, though watch out for Nine Inch Nails’ “Hesitation Marks”, which sold very well.

I hate that damn Pearl Jam song, but it is likely a better choice than the second-biggest rock song of the year, “My Songs Know What You Did In The Dark (Light Em Up)” by Fall Out Boy. The Grammys really hate Fall Out Boy. Otherwise, “Radioactive” and “Where Are We Now?” are almost certain, while “Still Into You” is the best choice for Paramore. The Wild Card pick is the slowly-climbing, wonderfully fun “Sweater Weather”, from The Neighbourhood. It’s worth a listen if you haven’t heard it.

David: I’ll go ahead and add commentary for this category as it seems to be the one I’m doing by myself:

“God is Dead?”, from the album 13, marks the first time Black Sabbath has been fronted by Ozzy Osbourne since 1978’s Never Say Die and practically promotes it to frontrunner status. The good album sales and radio play certainly help. Will the Grammy’s pass up a chance to give a statue to the original metal band? “Hail To The King” cemented Avenged Sevenfold as the most popular metal band working today. They aren’t the most respected metal band around but it’s a weak year for this category so a nod seems pretty assured, but nothing is ever locked here. “Lift Me Up” is also one of the most popular metal songs this year and features Rob Halford of Judas Priest fame (and being one of Metal’s first openly gay artists!). The last two spots are a bit of toss ups. Volbeat came out of nowhere and have dominated rock radio over the past few months with “Hangman’s Body Count” so they could be threats. Queensryche haven’t been in this category since 1990 but have gained massive amount of respect over the years. The last spot is between Megadeth’s panned “Super Collider”, Korn’s strange “Never Never”, Queensryche’s “Fallout”, or something I’m not thinking of. Don’t be surprised if Metallica or Iron Maiden get in with a live track.