An epic both soaring and intimate, Martin Scorsese’s The Irishman is a majestic elegy on mortality, where the truth-seeking wisdom of Silence catches up with the director’s aging wise guys; ruthless gangsters and hit men that somehow became synonymous with the legendary filmmaker’s varied career of nearly six decades. It’s a journey with a lot of (often toned-down, sometimes very funny) gangster babbling and bickering, the kind you can’t get enough of; that clocks in at a towering 209 minutes. But please, do yourself a favor and try to see this as a special occasion, instead of a grueling dare. Halts and speed bumps it might have, but this brimming, generous excursion is never anything less than engrossing while it follows a head-spinning itinerary and patiently resolves into an elegant final half hour, where the film’s philosophical themes on life and regret snap into place.

Still, a careful eye doesn’t have to wait that long for The Irishman to reveal itself on a basic level, as Scorsese’s mature headspace on one’s twilight years is pretty much in broad display from the film’s very opening, even before all the much-publicized digital de-aging effects (more on that later) make an appearance. With the backdrop of The Five Satins’ somber “In The Still Of The Night” (instead of the hopeful beats of The Crystals’ “Then He Kissed Me”), cinematographer/repeat Scorsese collaborator Rodrigo Prieto’s camera glides along the death-stained hallways of a retirement home in a single take, immediately bringing to mind the kinetics of the Copacabana scene; the most famous sequence of Goodfellas (shot by DP Michael Ballhaus), and perhaps even Scorsese’s entire career. But when Prieto’s lens—pained and purposely lacking Goodfellas’ youthful breeze—reaches its final destination, we are obviously not in the front room of the once-glamorous club. Instead, we lay eyes on an aged Jimmy Conway or Henry Hill of sorts, sitting in a wheelchair, looking back on the sins of his crime-spree of a life from this side of the aughts.

Except, he might not quite think of his deeds as sinful while he recounts them in a chillingly matter-of-fact and even-keeled manner, through elongated, well-constructed flashbacks assembled by editor Thelma Schoonmaker, another Scorsese veteran. He is Frank “The Irishman” Sheeran—played by Robert De Niro in a brooding and cold-blooded performance of quiet register—a real-life World War II veteran who fell in and aligned himself with organized crime figures in a post-war world that offered few directions. Adapted from Charles Brandt’s biography I Heard You Paint Houses by screenwriter Steven Zaillian (co-writer of Gangs of New York), The Irishman uses the old Frank’s telling of his own life story (along with its various debatable/unproven truths) as an effective framing device, as Scorsese zips back and forth in time and place, charting the gruesome machinations of Sheeran’s world.

Rest assured, the filmmaker does not do so with anything that approaches over-the-top didactic—this is Scorsese after all; you’re on your own to judge his big bad hungry wolves howling in the streets, Wall or Main. Instead, he strikes a consistently reflective tone, letting a cumulative guilty conscience hang in the air, biding its time and breathing down the neck of anyone about to slip into its clasp in a moment of late-life weakness or awakening.

The first period we go back to in the film’s decades-spanning construct is 1975, to find Frank on a road trip to a wedding—another bookend within the flashbacks. He is accompanied by his wife Irene (Stephanie Kurtzuba), as well as Carrie and Russell Bufalino, played by Kathrine Narducci and a deeply affecting Joe Pesci, portraying the polar opposite of the hotheaded gangsters of his past in his much-awaited reunion with Scorsese (and coming out of an unofficial retirement). Here, he pretty much steals the film from under other acting legends, delivering a surprisingly soft, bruising performance as the don of a Pennsylvania-based mafia family who took Sheeran under his protective wing as Sheeran went from a meat delivery driver to a mob hit man. (In case it isn’t clear, he “painted houses” not with a brush, but with splashes of blood and guts, spattered across walls and floorboards.) Pesci is restrained and authoritative all the same, making every gesture count, may it be a subtle pause of his lips or the trembling of his weathered hands.

Meanwhile the third leg of the crime/brotherhood tripod is the infamous Teamster Union leader Jimmy Hoffa, played by Al Pacino, who takes advantage of all the rousing opportunities to shout and swagger in an animated performance that leaves a lasting impression. And his loudness isn’t for nothing. Pacino smartly opens up the larger-than-life, infinitely corrupt persona, whose influence has been compared to both Elvis and The Beatles once upon a time. A con and an ice-cream-sundae enthusiast who mysteriously disappeared at a suburban Detroit parking lot in 1975, his Jimmy Hoffa comes with quirks, which Pacino accentuates with dry humor. (e.g. Hoffa doesn’t wait for anyone for more than 10 minutes. He doesn’t drink, or allow others to consume booze in his presence.) Always an expert at braiding humor into even the most brutal scenes, Scorsese, along with Zaillian, conceives numerous Hoffa scenes volatile with laughs in that regard. In perhaps the best one, a Florida meeting with Tony Pro (Stephen Graham), a reckless Hoffa adversary, goes hilariously south when Tony turns up late, and in shorts, to the always put-together man’s pronounced annoyance.

As the story shuffles from late 40s to the year 2000, other male figures walk in and out of the picture while episodes of moral decay, betrayal and murder (some, spelled out with titles across the screen) emerge in a continuous loop, with ties to major historical events, including the assassination of President Kennedy. Some of these men are more central than others, such as Ray Romano’s underworld lawyer Bill Bufalino. Others, like Bobby Cannavale’s Philly mobster Skinny Razor, feel both like superfluous embellishments and afterthoughts—at times, it’s amusing to be introduced to these side figures even when we can’t keep their function all straight. Meanwhile, women characters, only through the design of the story, don’t shoulder anything pivotal in The Irishman. The most defining female screen presence is Sheeran’s daughter Peggy, played by Anna Paquin at an older age. Though mostly silent, Peggy almost singlehandedly stands as the moral backbone of the film early from childhood when she watches her father violently beat up a grocer who merely pushed her. Her acerbic gaze, which Oscar winner Paquin excels at in her brief scenes, subtly confronts and judges both Sheeran and Bufalino sans words. Perhaps she could have used a couple of additional lines, but Paquin turns silence into gold all the same.

Speaking of violence and beating up—digital de-aging only goes so far in selling the actors as younger men in flashbacks. The technology clearly isn’t quite there; there is disconnect between the faces and bodily muscles, at least for anyone who’s watched De Niro vigorously kick the living daylights out of others in former Scorsese films. There is also blatant disengagement between the eyes and faces (especially in the case of De Niro) when the maturity of one doesn’t agree with the youthfulness of the other. But this briefly distracting mishap becomes easy to overlook, when Scorsese, still at the top his game, still possessing a great deal of things to say on the plight of humanity, dares one to face their own eventual demise. The Irishman stands tall, even when its central character prepares to be laid down in his grave.

This review is from the New York Film Festival. The Irishman will be released in select theaters by Netflix on November 1 and then hit the streamer on November 27.

Tomris Laffly is a freelance film writer and film critic based in New York. A NYFCC member, she regularly contributes to Time Out New York, Variety and http://RogerEbert.com, and her byline has appeared in Indiewire and Vulture, among other outlets. She has a special interest in the awards season and women in film, covers various film festivals throughout the year including New York Film Festival, Sundance and Telluride and tweets from @TomiLaffly. 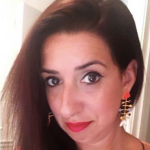 Tomris Laffly is a freelance film writer and film critic based in New York. A NYFCC member, she regularly contributes to Time Out New York, Variety and http://RogerEbert.com, and her byline has appeared in Indiewire and Vulture, among other outlets. She has a special interest in the awards season and women in film, covers various film festivals throughout the year including New York Film Festival, Sundance and Telluride and tweets from
@TomiLaffly.