When the title card for the new Netflix documentary, Miss Americana, appeared on screen at last night’s premiere, a fan broke the silence and shrieked “WE LOVE YOU TAYLOR!” More, less coherent praise was shouted, met with an equal amount of retaliatory shushing. This was a prestigious Sundance Film Festival opening night screening, after all. Not some pop concert.

Miss Americana turned out to land somewhere in the middle.

Director Lana Wilson’s third documentary feature follows Swift along her 2018 “Reputation” album tour, through periods of deep soul-searching, culminating in her political awakening during the 2018 US Senate race in Tennessee. Miss Americana opens with a disarmed, Swift playing her piano at home. Her cat leaps onto the keys, stomping out a tune of its own. It’s harmless and endearing, if a bit cloying. A fitting start to what was to come, which, regrettably, was not what would have been a perfect segue to Swift’s experience as Bombalurina in last year’s psychotic fever dream Cats.

Instead, we find Swift perched on her couch, anxiously awaiting a call from her representation team on the morning of the 2018 Grammy Award nominations. When she finally receives word, it’s bad news. Her 2017 album “Reputation” didn’t receive any nominations in the top categories — Album of the Year, Song of the Year, or Record of the Year. This was unusual for Swift, who had previously won Best Album twice — first in 2009 for her second studio album, “Fearless,” then again in 2015 for her fifth, “1989.” Swift didn’t allow herself to become upset or spiral into self-pity. She resolved with dogged determination that she simply had to record a better album.

Before we get to that, Wilson takes us back to Swift’s childhood, starting in her early years in Reading, Pennsylvania, to her family’s fateful move to Nashville. In fleeting home video montages and footage of Swift’s earliest on-stage performances, we quickly learn that even from a young age, Swift was a hard worker who was motivated by two competing internal forces: her unwavering confidence in her talent and her need to be liked for it. To not jeopardize alienating anyone by speaking her mind. To be a “good girl,” as Swift frequently put it throughout Miss Americana.

Despite her meteoric rise to stardom, Swift maintained her humble, “good girl” persona, keeping her opinions and personal demons underwraps. Then the 2009 MTV Video Music Awards happened. Yes, those ones. The night Swift won the Best Female Video award over Beyoncé and Kanye West stormed the stage, interrupting her acceptance speech, and humiliating her. The video went viral. “I’ma let you finish” became a thing. When the infamous clip finally arrives in Miss Americana, Wilson shows the traumatic toll it took on then 17-year-old Swift to see her worst nightmare realized: having her work deemed not good enough in front of her peers and millions of viewers.

Wilson frames this was a seismic shift in Swift’s trajectory as an artist and a person, and the start of her ongoing feud with Kanye West.  It should be noted that all footage of West and his wife Kim Kardashian is accompanied by a villainous score that’s not dissimilar to the Jaws theme. This is where Miss Americana stumbles, opting for simplistic recounts of the past and casting of blame without any further exploration. Why did Swift think West pulled that stunt? What was the real impact it had on her personally? You won’t find out here.

Still, between the exhilarating concert footage and rare access into one of the most enigmatic musicians of our time, Miss Americana is undeniably entertaining. There’s a novelty in seeing Swift operating in casual dynamics, whether she’s bemoaning the idea of motherhood with a friend over glasses of iced white wine, admitting that she only started eating burritos two years ago because she never tried one before, or goofing around in the studio, breaking song lyrics with producer Jack Antonoff.

But it’s the candid scenes when Wilson allows the camera to linger, giving Swift space to ramble and make sense of her racing thoughts in real time, where Miss Americana soars.  The strongest instance of this arrives when Swift exits her Manhattan apartment, greeted by masses of screaming fans and paparazzi. She enters a van where Wilson’s waiting for her and immediately confesses, “I’m aware of how not normal this is.” Swift goes on to share the psychological and physical cost that comes with being a female musician, relaying her struggles with the press’s sexist obsession with her physique, her own body image, and her experience with an eating disorder. This raw glimpse into Swift’s life is incredibly compelling, but it’s just that — a glimpse. Wilson’s gentle, nonintrusive approach creates an intimate dynamic with Swift, but it’s too defanged. When topics become dark or uncomfortable — namely Swift’s privilege or her mother’s battle with cancer — Wilson tends to pull back and pivot elsewhere. In the final act of “Miss Americana,” that’s Swift’s political awakening.

After Swift’s horrific experience court battle where the jury found she was sexually assaulted and battered by a Denver DJ, something shifted in her. She was tired of biting her tongue and perpetuating her own “good girl” self-mythology. She was ready to speak out against the type of men who assaulted her and her opportunity to do so arrived during  2018 Tennessee Senate race, when Republican Marsha Blackburn was gaining momentum against incumbent Democrat Phil Bredesen. Blackburn ran on an ultra-conservative denying rights and protection for Swift’s primary fan demographics: women and the LGBTQA community. Swift decided she had to do something — and that was to speak out in opposition of Blackburn, who didn’t represent the Tennessee that Swift believed in.  Swift was forced to reckon with her reps and her father’s cautioning to stay mum, citing the intense backlash the Dixie Chicks endured after speaking out against President George W. Bush, but Swift felt compelled to do the right thing.

When Miss Americana reaches its climax, we find Swift once again perched on a couch, anxiously staring at her phone. She’s about to publish an Instagram post condemning Blackburn and encouraging Tennessee citizens to register to vote to keep Bredesen in office. This will be her first public comment on anything political — including her much publicized silence during the 2016 Presidential Election. Her publicist and her mother join Swift with glasses of white wine, helping her rally the courage to hit “share.” It’s a small, but clearly pivotal milestone for Swift in her process of dismantling her own ingrained misogyny, jettisoning her need for approval and tendency to apologize for everything. But it’s also indicative of the film’s tendency to privilege self-congratulatory realizations over deeper insight into Swift psyche and how she became the woman she is today.

Who was she trying to impress all along? What was the toll of being the youngest artist signed by Sony/ATV? Leaving questions like these unanswered cheapens the authenticity of Miss Americana, rendering it less a portrait of Swift and more of a pointed attempt to correct media narratives in her favor.  In other words, PR.

This review is from the 2020 Sundance Film Film Festival. Netflix will release Miss Americana globally on January 31, 2020.

Donny Sheldon is a Philadelphia-raised, Los Angeles-based, WGA-award-winning writer. He studied Film & Cinema Studies in college at American University and earned his MFA in Dramatic Writing from NYU’s Tisch School of the Arts. He’s followed the Academy Awards race since he was 10 years-old when his (once) beloved Titanic swept the Oscars that year — although now he’s of the opinion that Boogie Nights probably should have done that. You can find Donny on Twitter and Instagram at @dtfinla 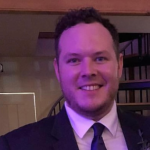 Donny Sheldon is a Philadelphia-raised, Los Angeles-based, WGA-award-winning writer. He studied Film & Cinema Studies in college at American University and earned his MFA in Dramatic Writing from NYU’s Tisch School of the Arts. He’s followed the Academy Awards race since he was 10 years-old when his (once) beloved “Titanic” swept the Oscars that year — although now he’s of the opinion that “Boogie Nights” probably should have done that. You can find Donny on Twitter and Instagram at @dtfinla