“Lots of families have strengths. My family only has weaknesses,” quips Katie (Abbi Jacobson) in the opening minutes of The Mitchells vs. The Machines, as she and her dysfunctional suburban family try to outrun an army of predatory robots in their beat-up station wagon. They’re clumsy, awkward, and hopelessly addicted to their phones. And they may just be humanity’s last hope.

That’s the premise of The Mitchells vs. The Machines, the latest casualty of the COVID-19 pandemic coming to streaming. (Netflix purchased it from Sony Pictures Animation, back when it was called Connected, and is releasing it in theaters on April 23rd before throwing it online the following week.)

As fractured families in animated comedies go, the Mitchells are pretty standard. There’s Katie, of course, an imaginative, rebellious teenager who can’t wait to get away from her embarrassing folks and head to film school so she can pursue her budding career.

The folks in question include her father, Rick (Danny McBride), a goofy, outdoorsy dad-joker who tries in vain to connect to her tech-obsessed child; mother Linda (Maya Rudolph), the harried, protective peacemaker; brother Aaron (Rianda), a hyperactive, dino-obsessed tween; and the family pug, Monchi (Doug the Pug).

Seeing this as his last chance to bond with his daughter, Rick engineers a cross-country family road trip to bring Katie to film school. This just so happens to coincide with a robot uprising led by the spurned AI (a giddy Olivia Colman) of a blinkered tech bro disruptor (Eric Andre), which sends every smartphone and personal robot assistant on a quest to capture every human on Earth and shoot them into space.

Soon enough, the Mitchells find themselves the only folks who haven’t been snatched up, and have to overcome their differences in order to stop the robocalypse and save the world.

Right away, you can see the impact of Lord and Miller’s frenetic, kinetic, highly stylized but deeply smart fingerprints all over Mitchells vs. The Machines. Every frame is packed with oodles of visual humor, smooth 3D animation interjected by hand-drawn 2D pop-ups overlaying the events as we see them through Katie’s overactive imagination. It’s like we’re seeing the world through the lens of Katie’s ironic, pop-culture-infused brain, and she’s scribbling annotations throughout to pile on comedic punchlines. It’s a brilliant conceit that comes just shy of overuse, but slots nicely into the fast-paced hyperactivity of the story.

Pair that with crisp, clear action direction during the frenetic action sequences and a killer score from Mark Mothersbaugh, and Mitchells vs. the Machines feels of a piece with Lord and Miller’s previous output.

But among the laser beams and kaleidoscopic visuals of Mitchells’ presentation is a surprisingly effective story about dysfunctional families and the liberatory nature of outsider art. Rianda based the film on his own childhood in suburban California, and the strained father-daughter relationship between Katie and Rick feels borne of the real alienation between parent and child, especially when the latter grows up to be so different from the former.

Rick feels his little girl slipping away from him, and every goofy attempt to engage with her just pushes her further towards her desire for freedom. Katie, for her part, can’t wait to start her adulthood, seeing her family as embarrassing roadblocks to the friends, slip-and-slides, and potential girlfriends she’ll enjoy without them. (That’s right, the film has a queer main character — it’s still in the background, but worth mentioning all the same.)

However, even as the world falls apart around the Mitchells, Rianda never forgets that the real story is about how this family is going to bond with one another again. It’s the kind of tonal and narrative balance that made Gravity Falls such a transcendent series for kids and adults alike, and it’s immensely pleasing to see that Rianda’s film debut maintains that alchemy.

When films like these can manage that delicate juggling act of complicated, layered characters, stunning animation, and drop-dead-hilarious gags (get ready to be more terrified of Furbys than you’ve ever been), we should treasure them. It’s not perfect — the “look up from your phones!” messaging occasionally distracts from the broader themes of the piece, and the supporting characters get short shrift. Still, The Mitchells vs. The Machines feels like it’s come at just the right moment for a healing world hoping to reconnect with each other. God willing, it’ll (safely) be at the movies.

The Mitchells vs. The Machines hits select theaters on April 23 and then Netflix one week later. 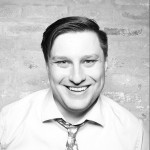